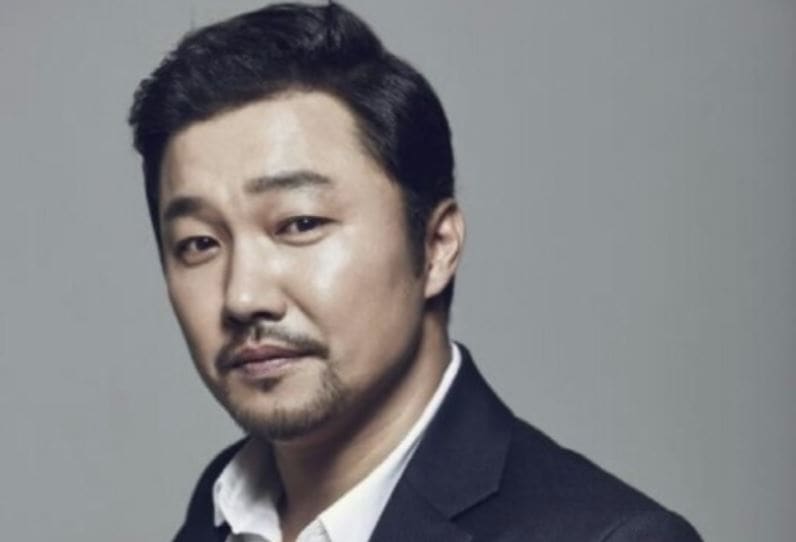 CEO And Actor Both Apologize After Sexual Harassment Allegations

As the “Me Too” movement continues to gain momentum in Korea, Theater Shinhwa’s CEO Kim Young Soo and actor Han Jae Young (pictured above) have been named in recent sexual harassment allegations.

On March 4, a woman, hereafter referred to as “Park,” used her real name and face on her personal Facebook account and revealed the doings of Theater Shinhwa’s CEO Kim Young Soo and actor Han Jae Young.

On the same day, Han Jae Young’s agency SEM Company stated, “We just checked the post. The post was so detailed, that from the company’s position, it is shocking and unfortunate. We think that we should apologize just due to the fact that his name has been involved. We are sorry.” They continued, “She has also sent the post to the actor himself. As it is an issue, we will take an even closer look at the situation with the actor. Afterwards, we will issue an additional statement.”

Park explained that not long after she had uploaded her post, she received a call from the actor at around 6 a.m. and shared, “We talked for over an hour. I cried while talking about how much pain I had been in, and Han Jae Young also cried and apologized. He told me that he would never do such things to another person again, and that he had been young then too. He also told me that he would be releasing a statement of apology today.” She stated that after opening up about Han Jae Young, she wanted to live happily. She also stated that she didn’t think she would be hurt while seeing Han Jae Young acting anymore, and thanked everyone for their attention. On Kim Young Soo, she commented, “The whole situation started because of CEO Kim Young Soo. I was only hurt by Han Jae Young for one day, and nothing happened after that. But I was sexually harassed, threatened, and hurt by Kim Young Soo for several months.”

Soon after, Han Jae Young released an official statement of apology through his company, where he apologized for causing worry to people, and shared that he had apologized to the other party, and that he had gotten her forgiveness. The actor stated that he would be deeply self-reflecting in the future.

“I want to accuse Theater Shinhwa’s CEO and producer Kim Young Soo and actor Han Jae Young. In 2010, I entered the theater company at 23 years old. In the theater company, the youngest members took turns in the mornings to go buy groceries, make food, and eat with the CEO. One day in 2011, I arrived to find the CEO wearing only an undershirt and underwear.

“He kissed my cheek. I was so shocked that I couldn’t control my expression. When I said I didn’t like it, he said he kissed me the way he kisses dogs or babies because they’re cute, and the fact that I thought it was weird was because my thoughts were dirty.

“I was confused that a man older than my father would see me as a woman and would sexually harass me. The next time I came, he kissed me on the corner of my mouth, so I gathered my courage and told him I didn’t think this was right. He asked me why not and I told him that I tell my mom everything, even the small details, but that I wouldn’t be able to tell her this, to which he said there was no need to tell her everything.

“Of course, this was not the end. I continued to work as one of the younger members of the theater company, and eventually began preparing for the young adult play, ‘The World of a High School Student.’ At the time, one of the seniors in the theater company was performing ‘Because of Sanggye-dong’ and so every day I either worked at the theater company or went to see the performance. Afterwards, the seniors and I would have dinner and drinks. I left first since the subway closed early, but on the way back, around Myeong-dong, the CEO contacted me. He told me that he had something to talk about that was acting-related, and told me to get off the subway, so I got off at Myeong-dong station and waited.

“That night we went to a bar and I listened to him talking about acting while drinking. Since the subway had closed and I couldn’t go home, I told him I would sleep at the theater and just come to work the next day. However, he took me to a motel. He told me that I shouldn’t misunderstand and that he did it because he thought I wouldn’t be able to sleep properly, so we eventually went into the motel. I was uncomfortable and thought it was weird so I lay on the sofa. Despite the fact that I was there, the CEO naturally took off his clothes and went to shower.

“I kept telling myself that it wasn’t that sort of situation, and lay there bunched up. He finished his shower and went to the bed, and then asked me why I was there and told me to come to bed. Then he told me that I looked like his first love. I told him that I really didn’t think that was right, and refused to go into the bed until the end. He became furious and told me that if I was going to be like that then we should leave. He tried to get a refund but he couldn’t. He was fuming and told me that if I’m an actor then I should be open-minded, and was angry that I wasn’t. He then told me he didn’t know why he had given me so many parts for the play. Those words were so shocking. I realized that I had been wrong when I had thought that it wasn’t this sort of situation. We then parted.

“It began then. If I made any mistakes, he would make me stand on stage while the other senior actors sat in the audience seats, and he would scold me. I felt like a criminal. It was so difficult that I eventually broke down and told the senior actors everything that happened between the CEO and me while getting drinks with them. One senior actor told me that he also wanted to sleep with me, and that the CEO was also a man. The other seniors told him off, but he told them to be quiet and the other seniors stayed quiet.

“That senior is the actor known as Han Jae Young, who is actively promoting right now. Even at the time, it felt like his ability to act well gave him power, and he was appearing in movies through minor roles. He is now in the same agency as Hwang Jung Min, and appears frequently as a supporting character. Whenever I see him, I feel the wounds from that day. When he appeared on ‘Radio Star,’ I started shaking. That wasn’t the end. Han Jae Young called me one day and told me to come out. We went to a bar nearby and drank, just the two of us. Other seniors did not come.

“As we were drinking, we talked a little about acting, and then he told me to go pay so I paid and we came out. I was going to go to the theater again to sleep, but he followed me and asked me to go to a motel. I was stunned. What kind of person does that, when their junior just cried to them about being sexually harassed. I rejected him, but he followed me to the theater. Then he sexually harassed me. I rejected him until the end, and he left.

“Towards the end of the play, I went to the theater practice rooms and told the CEO that I wanted to quit. He told me to not go around telling people I had belonged to Theater Shinhwa, and that if anyone asked about me, he would tell them horrible things. I was scared when thinking about how my acting career would be stopped. Other than people in the theater company and friends whom I could confide in, I lived in silence. I was going to continue to live in silence, but many people are being courageous right now. I thought that if I lost this opportunity then I would live in regret. This was the biggest wound for me, but there were various other things that happened as well. But after this, I had lost my innocence. #MeToo.”

“Hello. This is SEM Company. We are releasing our official statement on the news that was reported yesterday afternoon about Han Jae Young.

“First of all, we would like to apologize for releasing this official statement a bit late, as we wanted to confirm the truth with the actor himself before releasing a statement. We are very sorry to have caused people concern due to the shameful news.

“This is Han Jae Young. I felt that I should apologize to the other party first. I have called her, and apologized with a sincere heart. She has accepted the apology and has granted me forgiveness.

“I would like sincerely apologize to the member who has been hurt due to my past actions.

“I am deeply reflecting and sincerely regret the pain and distress I’ve caused because of my one-sided thinking and judgement as I was running the theater.

“If [she] gives me the opportunity to meet [with her], I will officially apologize and do my best to heal the pain.

“In addition, I am even more apologetic and ashamed for delivering this shameful news during this messy time which has happened as a result of the continuing cases that are taking place in the world of culture and art.

“I would like to sincerely apologize to those who were hurt due to my words and actions. I would also like to apologize to the Theater Shinhwa members and theater colleagues who believed in me.

“I am fully taking the responsibility for this situation to heart and resign from the CEO position of Theater Shinhwa and will suspend all of my projects and activities.

“I hope this will provide even just a little bit of comfort to those who have been hurt.”