In spite of the rain, the event was attended by hundreds of Monbebes eager to catch a glimpse of the group and their interview session. They were not disappointed as the boys filled the venue with their friendliness and youthful energy, whilst constantly checking in on fans, expressing concern that fans might get sick from standing in the rain. 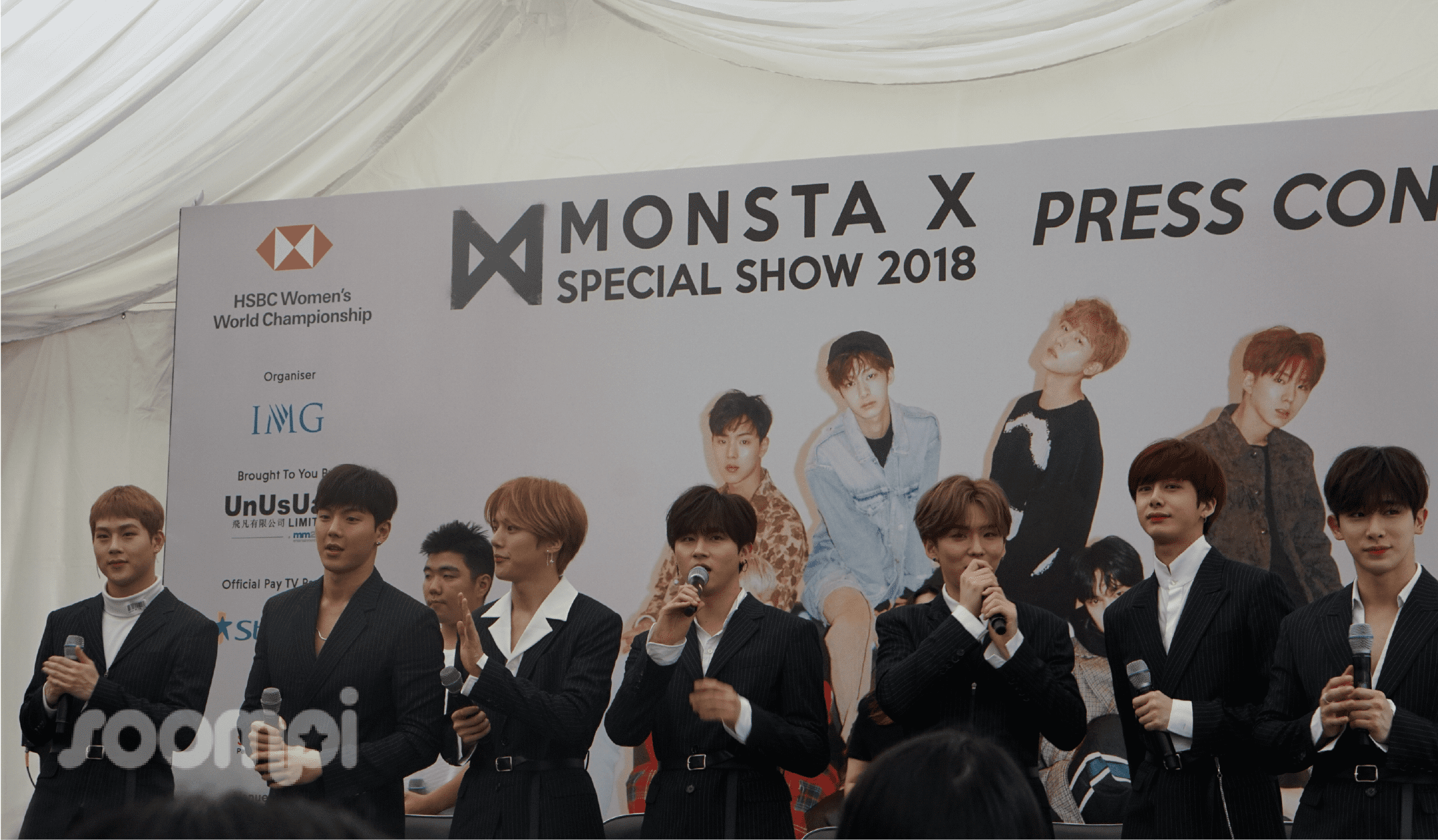 As the press interview began, Jooheon and I.M were asked about their memory of filming the MV for their mixtape track ‘Be My Friend‘ in Singapore last year. Other than reminiscing about how it also rained when they were filming, the two also provided some fan service by re-enacted their hug from the MV: 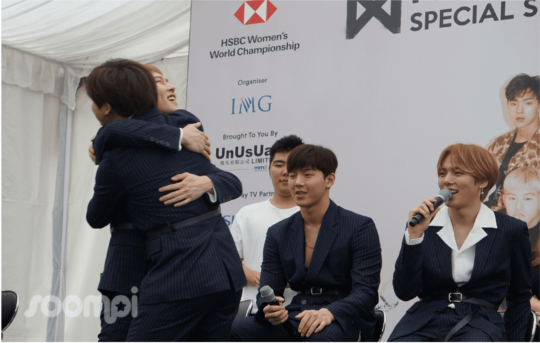 On further discussion about their music, the group was asked who they’d like to collaborate with, and agreed that they’d love to work with American artist Halsey in future.

Here are some of the other highlights from the interview:

Question: Given the choice, what Winter Olympics sport would you take part in?

Question: What do you think the member sitting beside you would bring along during a MONSTA X concert? 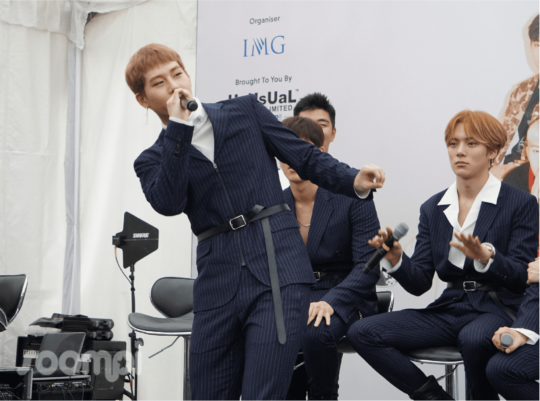 Question: What activity do you like to do during your free time?

Jooheon: Shopping
Shownu: I like to be able to stay still, such as sleeping or eating
Minhyuk: Bowling
I.M: Sleeping and composing
Kihyun: Gaming and watching movies
Hyungwon: Watching movies alone and walking. I’m not active but I love to walk around
Wonho: Working out or writing music

Question: Which member would you bring along with you to a deserted island?

Jooheon: Shownu, because he’s good at everything
Shownu: Kihyun, because he can cook and clean
Minhyuk: Wonho, because he will take care of me well
I.M: Minhyuk, since he went on ‘Law of the Jungle’ before so I should be able to survive with him around
Kihyun: Jooheon, because he can give me energy
Hyungwon: I.M, because he’s smart and will be able to think of lots of ideas
Wonho: …Hyungwon. I think I will die and it will be difficult, but Hyungwon is a calm person, so he can calm me down when I panic 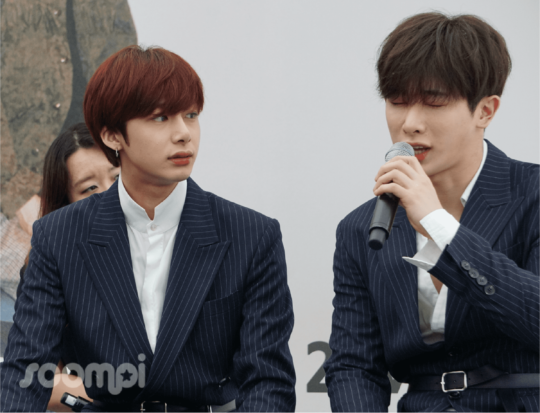 Question: Which is your favorite MONSTA X track?

When asked about any future plans, the group said they hoped to return to Singapore during their second world tour, and told fans to look forward to their comeback soon.

Special thanks to UnUsUal Entertainment for inviting us down to the press conference!