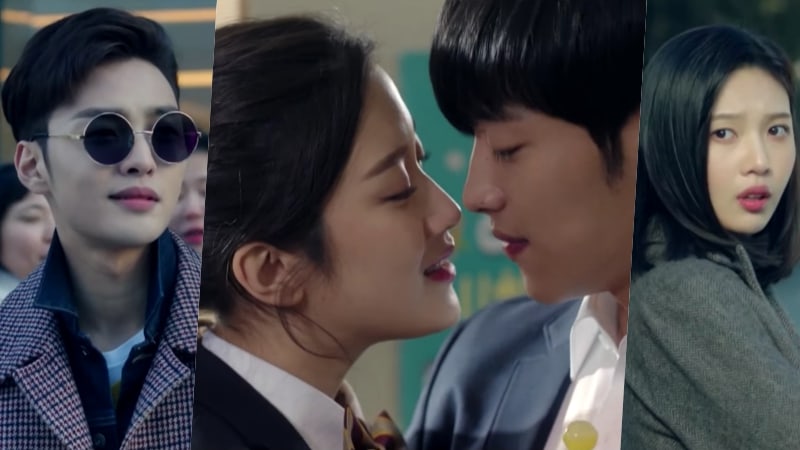 Watch: The Cast Of “Tempted” Is Caught In A Web Of Seduction In New Preview

“Tempted” is a drama based on the French novel “Dangerous Liaisons” that will tell the story of four college students who play a dangerous game of love and seduction.

The preview begins with a quick glance at the handsome characters Kwon Si Hyun (played by Woo Do Hwan) and Lee Se Joo (played by Kim Min Jae). In a pitiful voice, Choi Soo Ji (played by Moon Ga Young) asks the two characters, “You guys are on my side, right?” and they answer, “Of course” in unison.

Kwon Si Hyun has his arm around Choi Soo Ji and Lee Se Joo kisses his hand then her cheek, showing the close friendship between these characters. Lee Se Joo warns, “There can’t be love [romantic relationship] between us,” as the two friends get dangerously close.

Eun Tae Hee (played by Red Velvet’s Joy) appears and gives her friend advice about someone she likes. She confidently tells her, “You should confess your feelings first. I’ll help with whatever.”

Viewers are then given a peek into the characters’ individual stories through their family members. Kwon Si Hyun’s dad (played by Shin Sung Woo) hands him paperwork as medical proof that he is not his son. He coldly adds, “Go ask questions to your dead mother.”

As the voiceover hints at a possible wedding, Choi Soo Ji argues with her mother (played by Kim Suh Hyung) and says, “I never wanted this.” Her mother suspiciously asks her daughter, “Do you like Si Hyun?”, alluding to a possible wedding between Kwon Si Hyun’s father and Choi Soo Ji’s mother.

“Tempted” will premiere on March 12 at 10 p.m. KST and will be available on Viki!