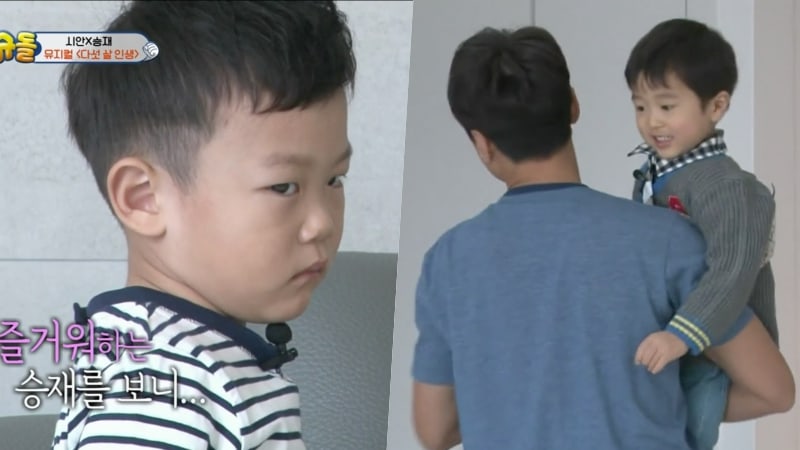 Si An and Seungjae enjoyed a fun day together on KBS 2TV’s “The Return of Superman.”

On the March 4 episode, Seungjae came over Si An’s house for a playdate. Lee Dong Gook played soccer with Seungjae and praised his skills. Watching his dad and his best friend having a good time without him, Si An began to feel jealous. He quietly said to himself, “I can do it too,” and went to his parents’ bedroom to sulk.

Sitting on the edge of his parents’ bed, he began to sing about his feelings of sadness and the situation as if it was a scene from a musical.

Lee Dong Gook and Seungjae went to make him feel better. Holding his son, Lee Dong Gook told him that since Seungjae’s dad wasn’t at the playdate, he wanted to take good care of him. 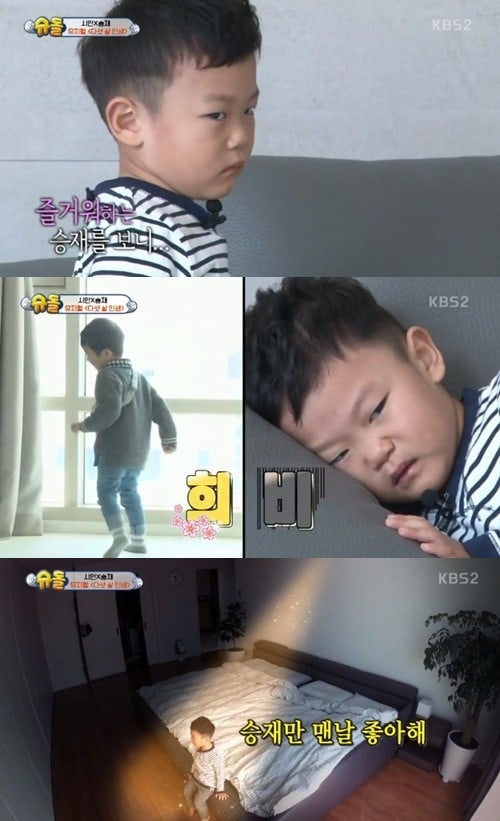 Si An and Seungjae then went on a mission to buy ingredients for homemade pizza. Lee Dong Gook asked them to buy tortillas and bell peppers at the market.

However, the boys were tempted by an arcade and had to make emergency trips to the bathroom. In the end, their friendship became stronger after they helped one another throughout the adventurous day.

Lee Dong Gook
The Return of Superman
Seungjae
Si An
How does this article make you feel?