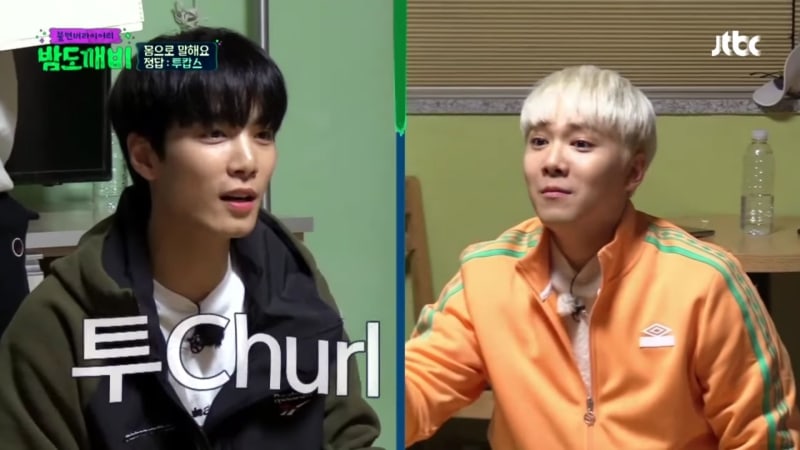 On the March 4 episode of JTBC’s “Night Goblin,” the five members played a game of charades.

Lee Hong Ki tried his best to explain movie titles using his body. The first one was “Two Cops” but JR had a hard time guessing the names of movies that were released before he was born. (“Two Cops” is a 1993 action/comedy directed by Kang Woo Suk.)

Although they were on opposing teams, the other members tried to help and said, “Change ‘police’ to English.” JR asked, “What is ‘police’ in English?” and made the others laugh. 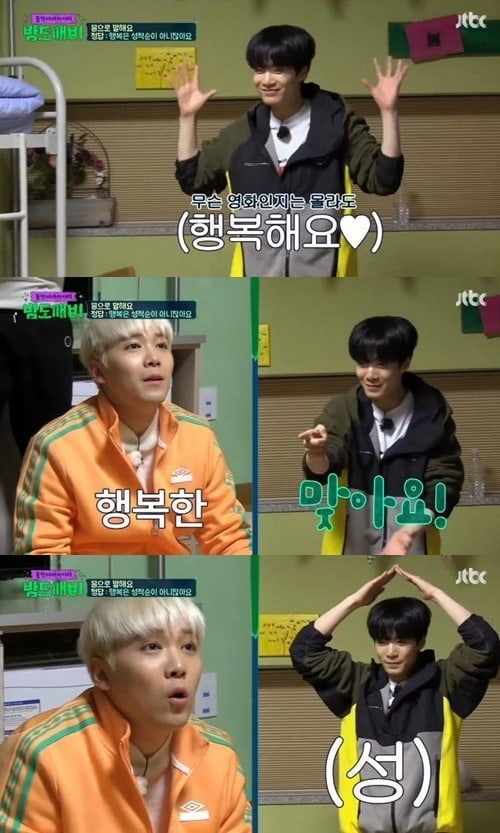 For the last question, they switched roles and had JR act out the film title “Happiness Does Not Come in Grades.” JR didn’t know anything about the movie and worked at acting out each syllable. The other members stepped in again and said, “You can use words to describe it,” and allowed JR to speak during the game.

To no one’s surprise, JR and Lee Hong Ki lost and had to go on the fishing boat in the morning.