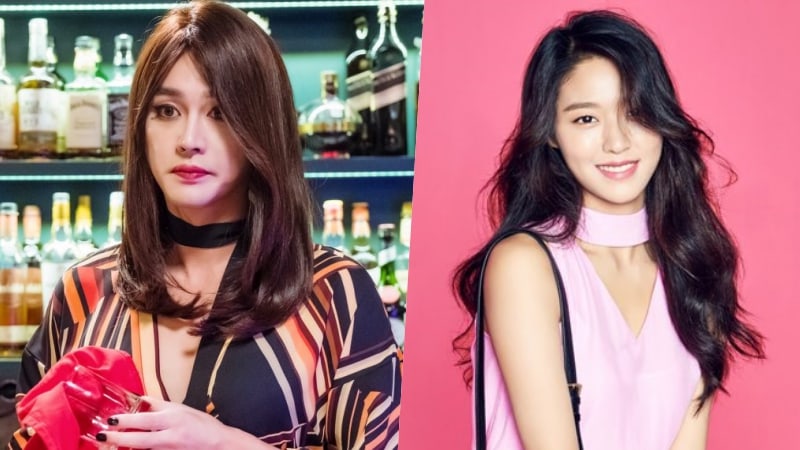 Sung Hyuk recently took part in an interview, where he talked about his characters on “Hwayugi.”

“Hwayugi” is a fantasy drama based on the classical Chinese novel “Journey to the West,” and follows the story of various demons and their antics as well as their search for light in the world. The cast includes characters such as the monkey demon Son Oh Gong (played by Lee Seung Gi), the bull demon king Woo Ma Wang (played by Cha Seung Won), and more.

Sung Hyuk played the two roles, General Frost and his younger sister Summer Fairy, who both resided in the same body for 1,200 years, with one waking up and moving about while the other slumbers inside the body. Both characters, especially General Frost, were originally loyal to Son Oh Gong. However, when Ah Sa Nyeo (played by Lee Se Young) awoke and summoned General Frost, he felt obliged to help her despite her plans against Son Oh Gong as she was the one who saved his sister’s soul and placed it in his body. Eventually due to Ah Sa Nyeo’s schemes, the Summer Fairy’s soul ascends to heaven, and General Frost returns to Son Oh Gong’s side. Throughout the drama, Sung Hyuk made a strong impression as he went back and forth between the two characters.

While discussing his own acting, Sung Hyuk shared, “I personally was a bit disappointed [in my acting] during the scene where my character betrayed Son Oh Gong to save his sister, but I thought it was convincing. Before this, I didn’t look at the comments, but I became more curious because it was a fantasy drama. I ended up looking at them because I wanted to see if I had been convincing enough. But I didn’t look at them too closely, just in case I would be hurt.”

Sung Hyuk added how four or five years ago, a specific comment he saw while working on “Jang Bo Ri Is Here” made him realize he made a good choice in pursuing acting. He explained, “I saw a comment that said, ‘If I were to become an actor, I’d want to be like Sung Hyuk.’ That one comment gave me a lot of strength.”

For “Hwayugi,” he shared that he gained a lot of strength from a comment that said he was pretty when he was Summer Fairy. Sung Hyuk explained, “At first, the writer and director told me that I had to make it so that people wouldn’t know it was me. That was the strategy in the beginning. Everyone could obviously tell but I was hoping that I looked as pretty as possible. At first, people found it uncomfortable. But then they started saying I was pretty and looked like Seolhyun. I apologized to Seolhyun, but she laughed and passed it by.”

The actor also talked about wanting to do characters that were convincing. He commented, “After ‘Jang Bo Ri Is Here,’ people asked me if I could go for more intense roles. This time, I did two roles in one, so I wonder what else is out there. There are so many genres that I haven’t tried, like historical pieces. The genre I want to do the most is actually melodrama. I want to try everything.”

If you haven’t already, watch the first episode of “Hwayugi” below!

AOA
Sung Hyuk
Seolhyun
Hwayugi
How does this article make you feel?