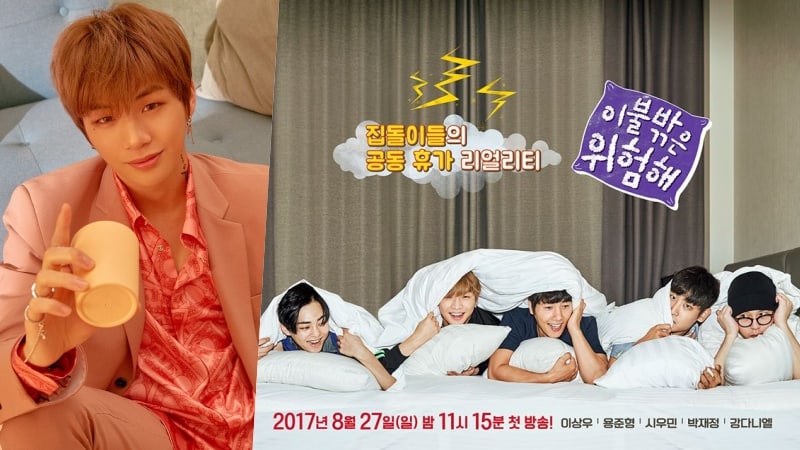 Wanna One’s Kang Daniel will be returning to MBC’s “It’s Dangerous Beyond the Blankets”!

On March 6, it was reported that the idol will be appearing as a regular cast member on the show. A source from MBC confirmed the news and stated, “Kang Daniel expressed a desire to appear on the show again. We are also currently in talks with other celebrities, including the other cast members of the pilot series.” They added that a filming schedule or broadcast date had not been finalized yet.

The show began as a three-part pilot series last August, and brought together a group of celebrity homebodies under one roof. Viewers watched as Kang Daniel, Lee Sang Woo, Highlight’s Yong Junhyung, EXO’s Xiumin, and Park Jae Jung overcame their initial awkwardness and became friends through various activities. Due to the show’s popularity, it has been upgraded from a pilot program to a regular variety show series.

One of the highlights of the series was the budding bromance between Wanna One’s Kang Daniel and EXO’s Xiumin, and it will be interesting to see if fans will get to see the two reunite, or if new friendships will form with a new cast.