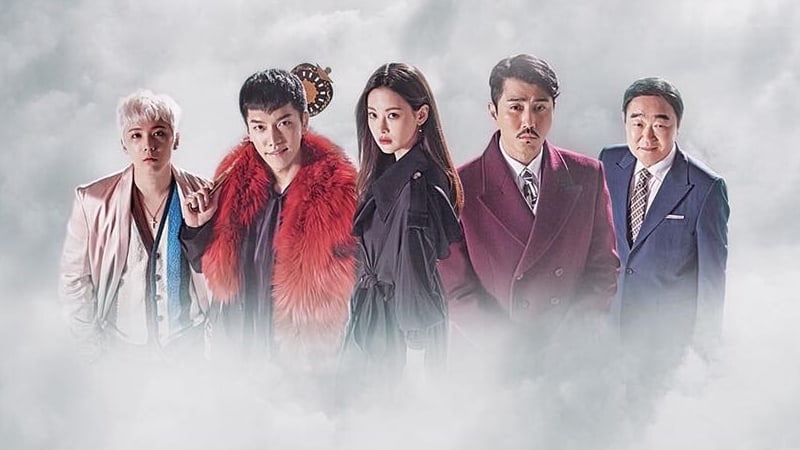 The writers of “Hwayugi” have issued a response after a writer outlined similarities between her own work and the tvN drama.

Titled “About the Similarities Between ‘Hwayugi’ and ‘Aeyugi,'” Ttaengyebol wrote, “After lots of thought, I decided that it would set a bad precedent to let this go, so I came to the decision to bring up the similarities.”

Ttaengbyeol added a chart that compares “Aeyugi” with “Hwayugi,” as well as with their shared original work, the classic Chinese novel “Journey to the West.” She listed several specific similarities between the works and compared the characters. She pointed out similarities such as the character Sam Jang being a female instead of a male as in the original, a male lead character having no boundaries when upset or angry, Son Oh Gong riding a sports car instead of clouds, a character being possessed in the storyline, and more.

Ttaengbyeol added, “I would like to say that this comparison post is not intended to drag ‘Hwayugi’ and ‘Aeyugi’ into a plagiarism scandal. I know that copyright laws in Korea make it difficult for something to be recognized as plagiarism unless a specific passage or line is the same. But does that mean that you can use another creation like this?”

She concluded, “I would like to ask the readers of this comparison post and the viewers of ‘Hwayugi’ for your judgment.”

On the same day, the writers of “Hwayugi,” Hong Jung Eun and Hong Mi Ran, responded to the accusations by posting on an online community. They stated that they thought they needed to respond due to the unverified news reports and suspicions, and explained that plans for “Hwayugi” had begun before the publishing of “Aeyugi” in 2015.

They wrote that their first fantasy drama had been the 2010 drama “My Girlfriend Is a Gumiho,” which featured the character “Gumiho” who was a “monster” that seduced people with her beauty. When they were finishing the drama “Master’s Sun” in 2014, they planned another fantasy work that would have ghosts and monsters. “There are news interviews that remain about this,” they stated. “We had conferences with production companies and directors about making something based on the themes of ‘Journey to the West.'” They also said that if a witness was required, a witness had told them they would provide testimony.

Hong Jung Eun and Hong Mi Ran wrote that the beginning synopsis for “Hwayugi” had come out on March 20 of 2017. “You said that ‘Aeyugi’ was published as a serial beginning in the fall of 2015, but please verify if there were any readers during that period who have a connection to us,” they added. “We had never seen a web drama called ‘Aeyugi’ in the past, and we still have not read it.”

The writers went on to refute the points made by the comparison chart. Their response included an explanation that the character of Sam Jang was also a female in many other works inspired by “Journey to the West.” They wrote that the male character was based off the original and that similar male characters have been seen in many dramas. They pointed out that the setting of an entertainment company is a common backdrop for stories, including their 2009 drama “You’re Beautiful,” which also included the characters driving a sports car. Other additional points included their explanation that possession has been used in many of their works before as well.

“Hwayugi” ended after airing its final episode on March 4.

Watch the first episode of “Hwayugi” below.