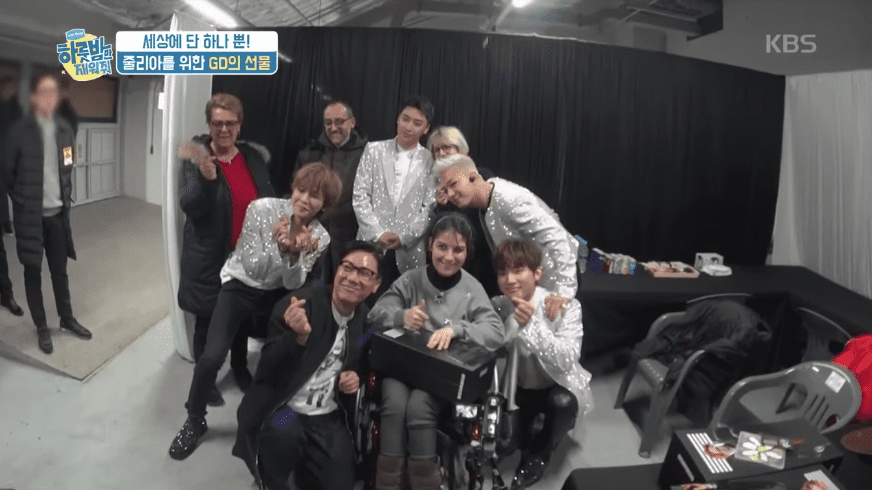 On the March 6 broadcast of KBS2’s “Let Me Stay One Night,” Lee Sang Min and Kim Jong Min prepared an unforgettable memory for Martha and her family.

“Let Me Stay One Night” is program where cast members experience different cultures firsthand while also sharing Korean culture with their guests. Previously, Lee Sang Min and Kim Jong Min met Martha, her sister Julia, and their parents in Italy. In this broadcast, the family flew to Korea to experience the country for themselves.

During the family’s trip, Lee Sang Min and Kim Jong Min prepared a variety of activities, including a visit to see a traditional Korean doctor. The next day, after their lunch, Lee Sang Min handed Martha a box with BIGBANG’s lightstick and revealed, “We are going to go to BIGBANG’s concert.”

For Martha, the group had been, and still is, one of her biggest sources of strength and comfort throughout her life. Her sister Julia and their parents are also huge fans of the group as well.

Knowing this, Lee Sang Min did everything he could to obtain concert tickets for Martha and her family, as this would be the group’s last concert until they all returned from the military. This was not the only event Lee Sang Min prepared however.

When they arrived at the concert venue, they were led to a different area instead of their seats. Soon after, Martha, Julia, and their parents received the biggest surprise of their lives when BIGBANG entered the room.

The group revealed they had seen the previous broadcast with Martha and Julia, as they softly smiled at the siblings who couldn’t speak out of shock. Martha later explained how her head had went completely blank at that moment, and she had felt like she was in a dream. 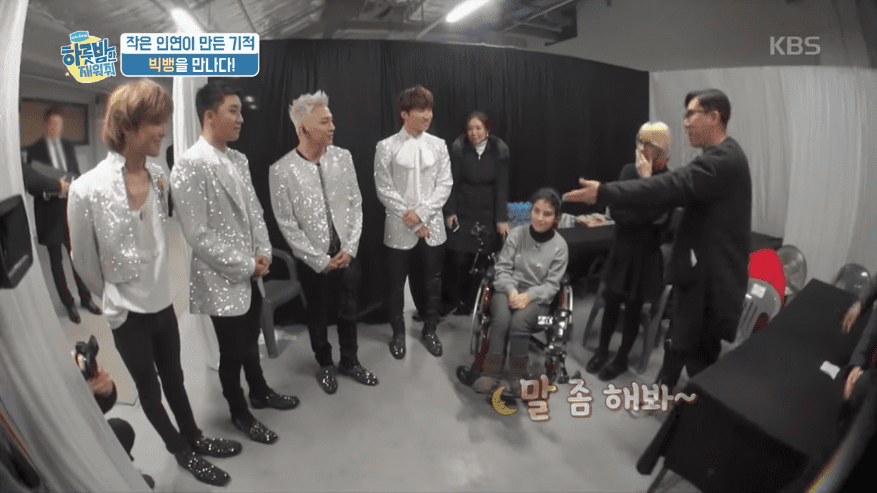 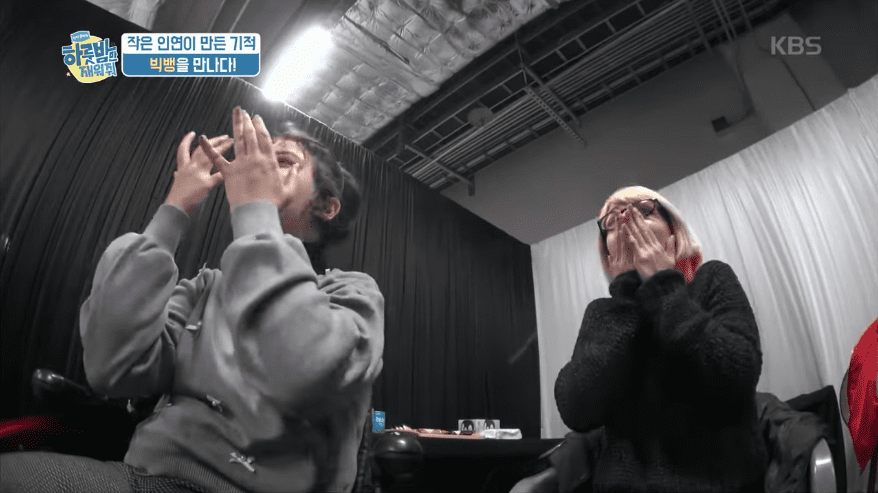 After the family got over their initial shock, the BIGBANG members introduced themselves one by one and each gave Martha warm hugs.

Lee Sang Min shared how Martha’s mother was a huge fan of G-Dragon herself, while Julia liked Daesung the best. Martha’s mother revealed she was such a big fan because Martha became a lot brighter through G-Dragon’s music, and thanked the singer.

Julia also sang “If You” for the BIGBANG members, who complimented her. Daesung expressed, “Thank you for singing.”

Unbeknownst to Lee Sang Min, BIGBANG prepared more gifts for Martha and her family. They gave them figurines of all five members, and Seungri also presented them free meal vouchers for his restaurant. Taeyang commented, “He’s never even given us these coupons,” while Daesang added, “It’s the first time I’ve seen them.” 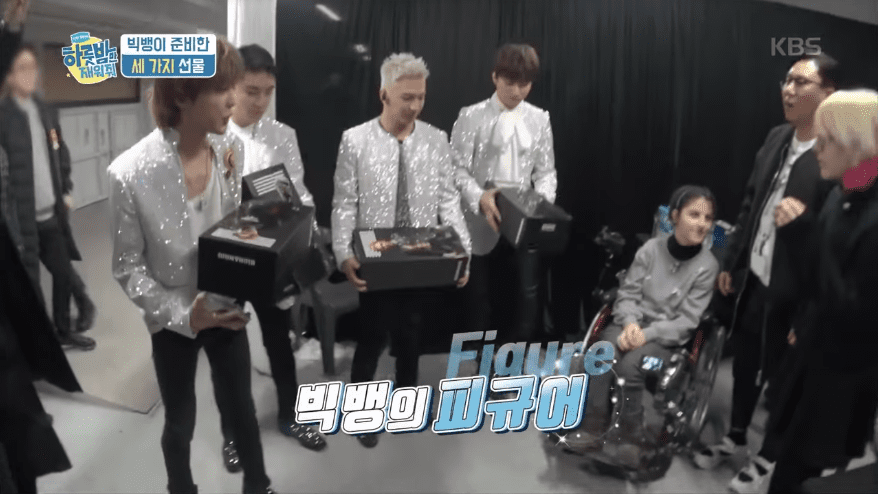 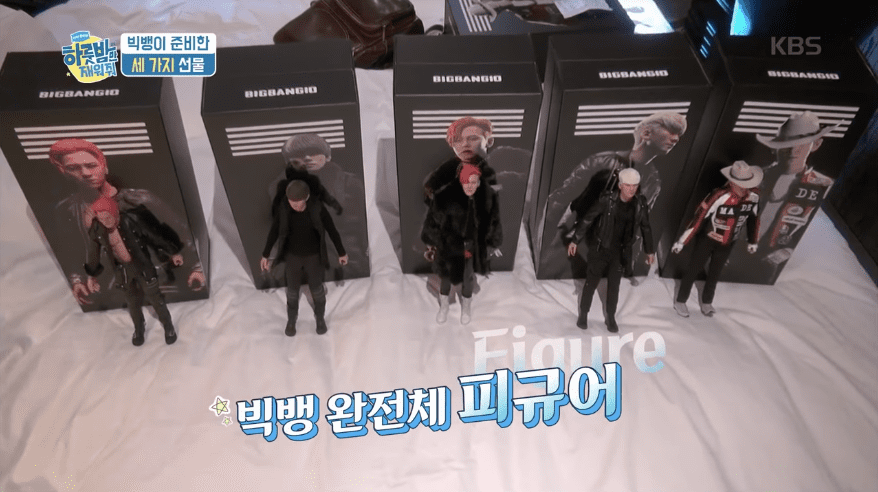 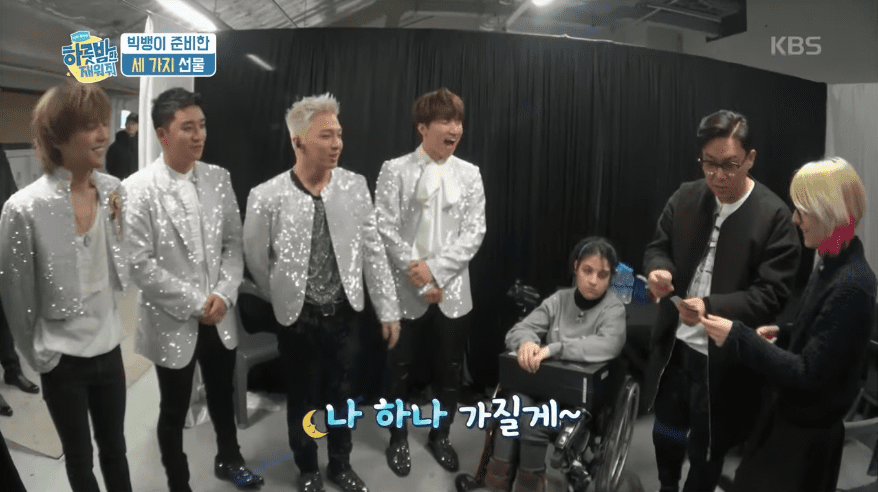 G-Dragon then said, “One more thing is…,” and presented a CD. He explained that they had seen the clip of them singing “If You” from a previous episode. “So, this CD is the original demo version of ‘If You,'” he shared, before he gifted Martha and Julia the CD.

On the case was a drawing made by G-Dragon himself, along with handwritten messages that read, “There’s so much I want to say. But if there’s just one thing I can say, you are a miracle.” 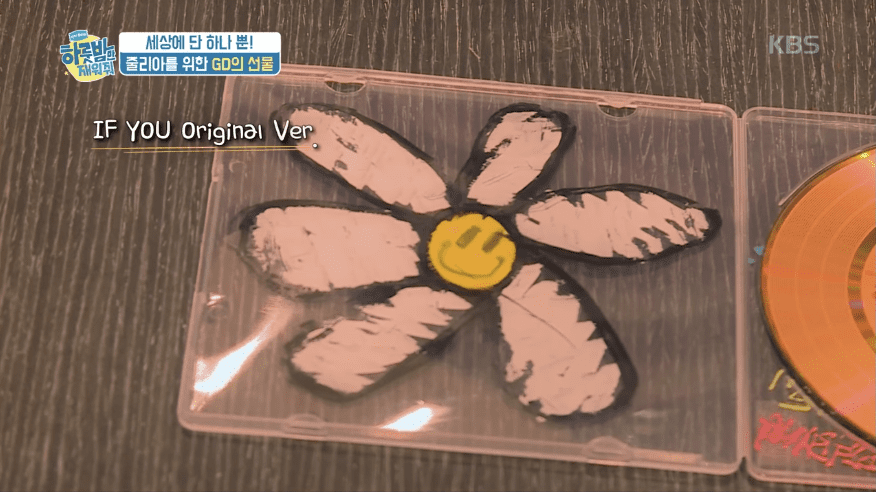 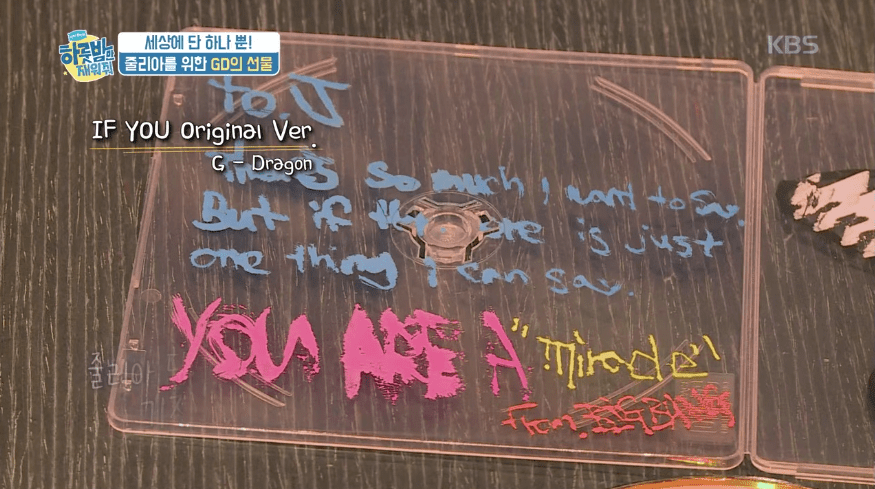 The family listened to the demo later on their way to the airport, right before they left Korea.

What an unforgettable trip for Martha and her family! Listen to the demo of “If You” by G-Dragon below:

BIGBANG
Let Me Stay One Night
How does this article make you feel?