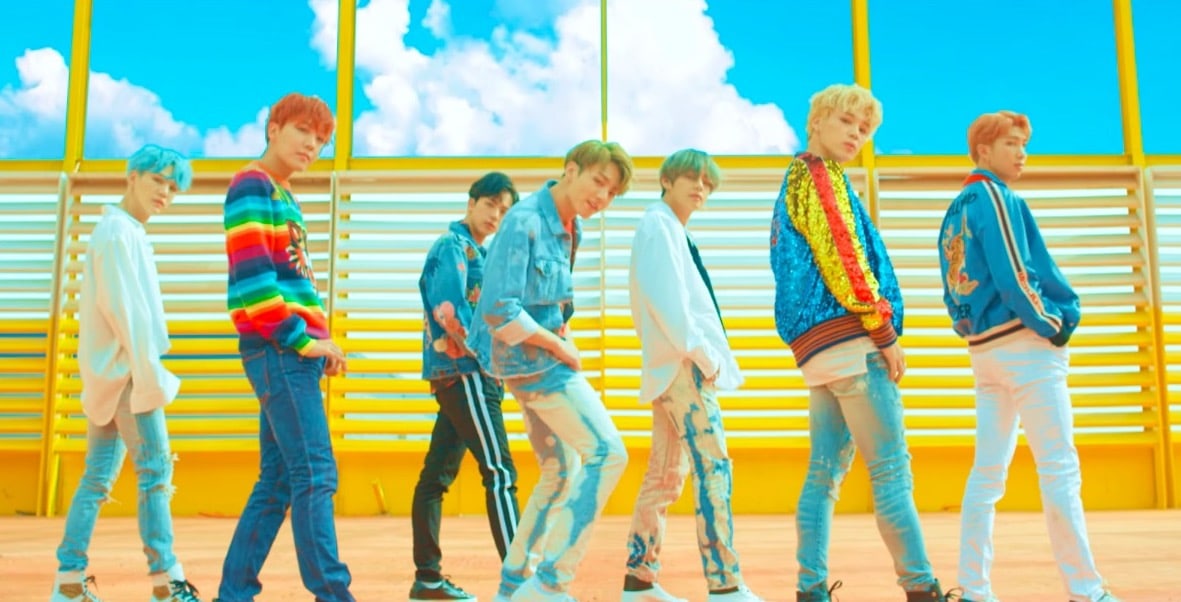 BTS’s “DNA” has become the fastest K-pop group MV to reach 300 million views on YouTube, and the group’s first MV to reach the milestone!

“DNA” is the title track to BTS’s latest mini album “Love Yourself: Her,” which was released on September 18 of 2017. It became BTS’s first track to enter Billboard’s Hot 100 chart (which ranks the most popular songs in the United States), and spent four weeks on the chart. The song’s MV also won the Best Music Video award at the 2017 Melon Music Awards.

BTS’s “DNA” MV holds the record among K-pop group MVs for the highest number of views in the first 24 hours, as well as the fastest time to reach each milestone all the way to 300 million views.

There are only two other K-pop group MVs that have reached 300 million views so far, with TWICE’s “TT” holding the previous fastest time with a record of 13 months and 28 days. BIGBANG’s “Fantastic Baby” has also surpassed 300 million views.

In addition to 300 million views, “DNA” has over 4.5 million likes on YouTube.

Watch the MV again below!