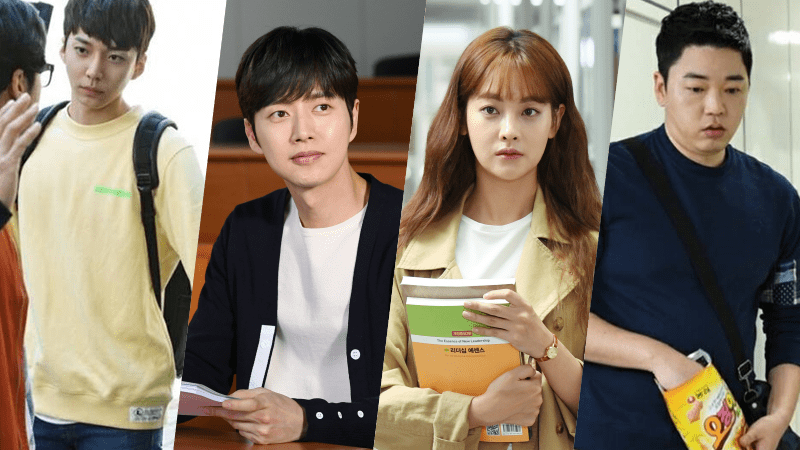 Imagine Park Hae Jin as someone other than Yoo Jung!

When asked who they would play in the film if they had to reshoot, the four cast members gave varying answers.

Although he plays Kim Sang Chul in the film, Moon Ji Yoon revealed, “I want to try the role of Oh Young Gon.” Staying loyal to his character Kwon Eun Taek, Kim Hyun Jin answered, “Even if we did it again, I would choose Eun Taek.” Park Hae Jin also named Eun Taek, over his reprised role as Yoo Jung.

Oh Yeon Seo, who plays Hong Seol in the film, thought about the question longer. She expressed, “There’s only three female characters… I want to try Baek In Ha. She seemed so cool.” 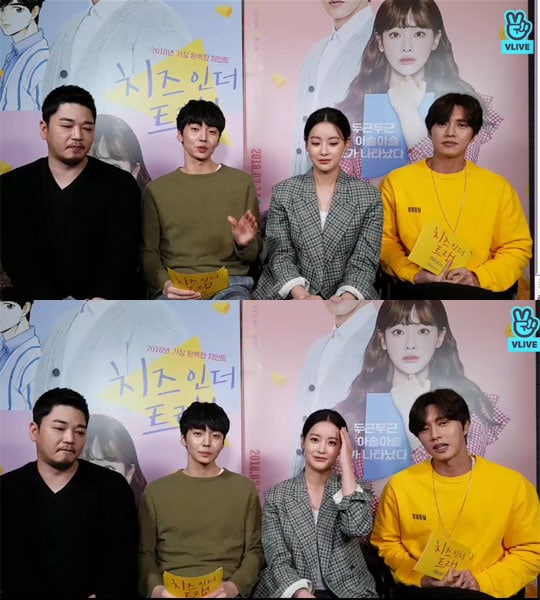 Park Hae Jin also shared how the film version places more emphasis on the thrilling aspects of the story in comparison to the drama. “The film and drama are both ‘Cheese in the Trap,’ but they feel very different. Because the film has to summarize things more, we were limited when portraying relationships,” he explained. Moon Ji Yoon added, “The drama had its own charm in that it was longer, so I was worried if we could fit all of that into two hours for the film.”

Oh Yeon Seo concluded, “It’s a slightly chilling movie that we filmed on a warm spring day. Please come watch it with your friends, significant others, and families.”

“Cheese in the Trap” will premiere in domestic theaters on March 14.

Cheese in the Trap (film)
How does this article make you feel?