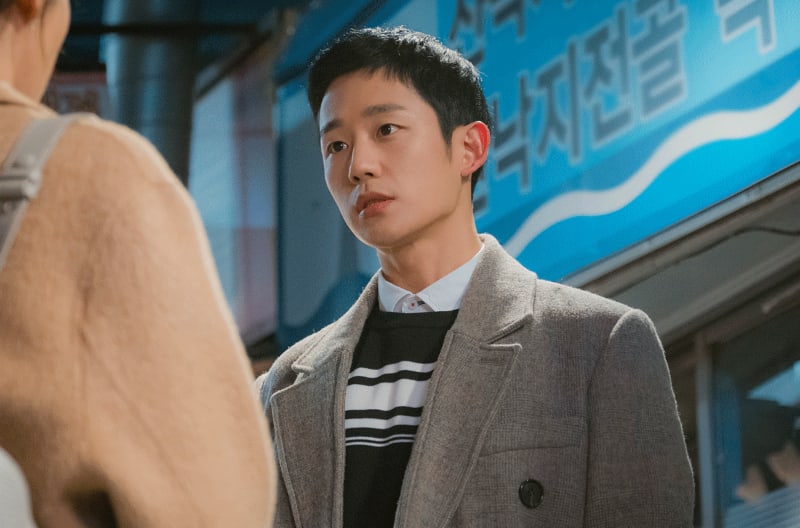 “Pretty Noona Who Buys Me Food” will tell a realistic love story between Yoon Jin Ah (played by Son Ye Jin), a supervisor of a coffee company in her 30s who is still looking for stability in both love and life, Seo Joon Hee (played by Jung Hae In), a video game character designer in his 30s who is free-spirited but sincere about love.

The relationship between these two characters starts to shift after Yoon Jin Ah returns home after working abroad. Seo Joon Hee starts to see her as not just an acquaintance, but a beautiful woman, which brings changes to his previously dull, ordinary life.

As a rising actor viewers are looking forward to in 2018, Jung Hae In spoke about why he chose to appear in this drama. He said, “I was drawn to the realistic love story that anyone can relate to. The character Seo Joon Hee, who is free-spirited but sincere about love, appealed to me.”

Jung Hae In said that there are many similarities between him and his character, and added, “In real life, I’m serious about work, but I’m usually bright and full of laughter.” 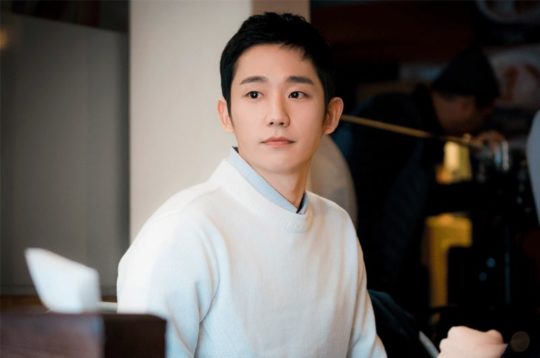 When asked what new side of himself viewers can look forward to in this drama, the actor answered, “In my previous work, the character’s job was unique, so there were certain limitations because of the job. But Joon Hee is an ordinary guy, so I think I can portray a more realistic love story.”

He continued, “There are many points where you can empathize [with the story] that may make you think of someone in your life, so the ‘real love story’ of Joon Hee and Jin Ah will be more fun.”

Jung Hae In attributed his ability to focus on acting to director Ahn Pan Seok and partner Son Ye Jin, and explained, “I enjoyed watching director Ahn Pan Seok’s previous works. It was an honor to meet the director at meetings before filming started, and I felt [even more] respect for him after meeting him on set.”

He added, “I am reading the script a lot and talking with the director and Son Ye Jin while working on the drama. I am concentrating most on how to act out the unique relationship between Joon Hee and Jin Ah. I think it is true happiness to be on a set where everyone is happily smiling while filming. Please look forward to ‘Pretty Noona Who Buys Me Food.'”

“Pretty Noona Who Buys Me Food” will premiere on March 30 at 11 p.m. KST as the follow-up drama to “Misty.” Check out a preview of this upcoming love story here!