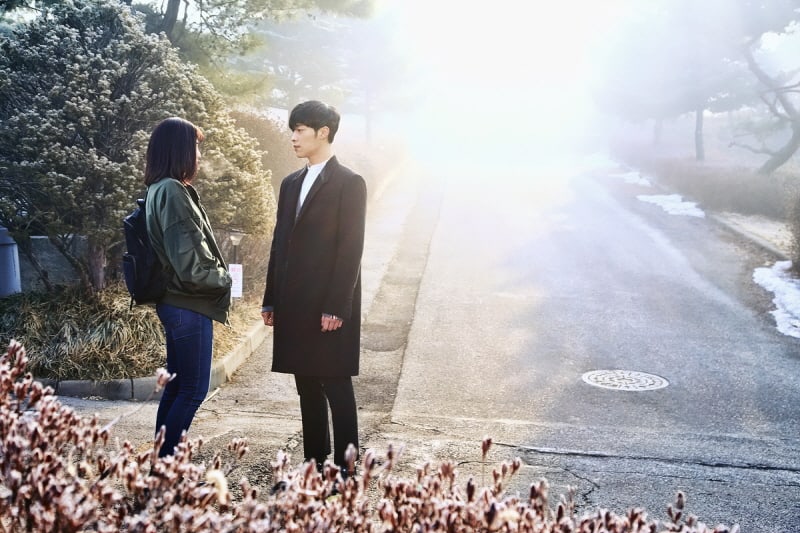 MBC’s upcoming Monday-Tuesday drama “Tempted” has released new stills of the leading roles Woo Do Hwan and Red Velvet’s Joy ahead of the premiere on March 12.

“Tempted” will be a drama that follows a group of youths who jump into a dangerous game of love without realizing that they are betting their whole lives on the outcome. Loosely based on the French novel “Dangerous Liaisons, the drama is a highly anticipated production that will bring together a “super rookie squad” of Woo Do Hwan, Joy, Moon Ga Young, and Kim Min Jae.

The new stills show Kwon Shi (Woo Do Hwan) and Eun Tae Hee (Joy) staring at each other on a deserted road, with a different look in each person’s eyes. Woo Do Hwan has a warm gaze and sweet smile on his lips as he stares at his counterpart as the seducer. However, it doesn’t seem to be working on Joy as she stares back warily. 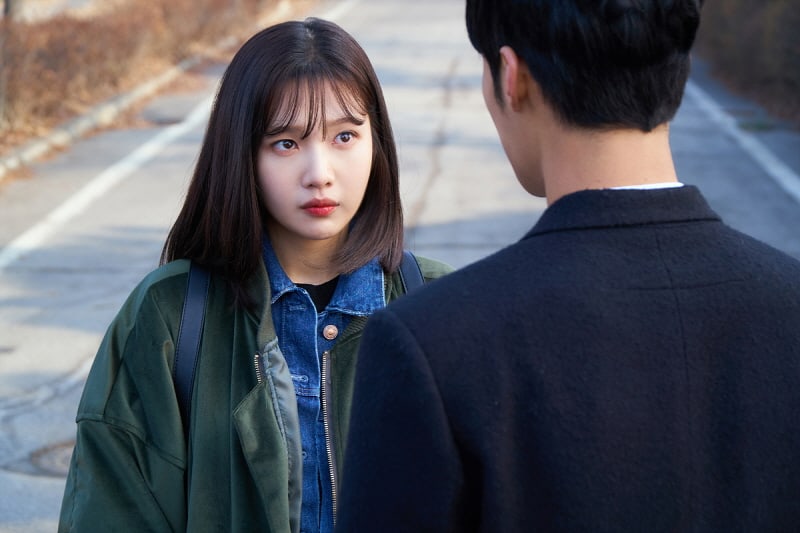 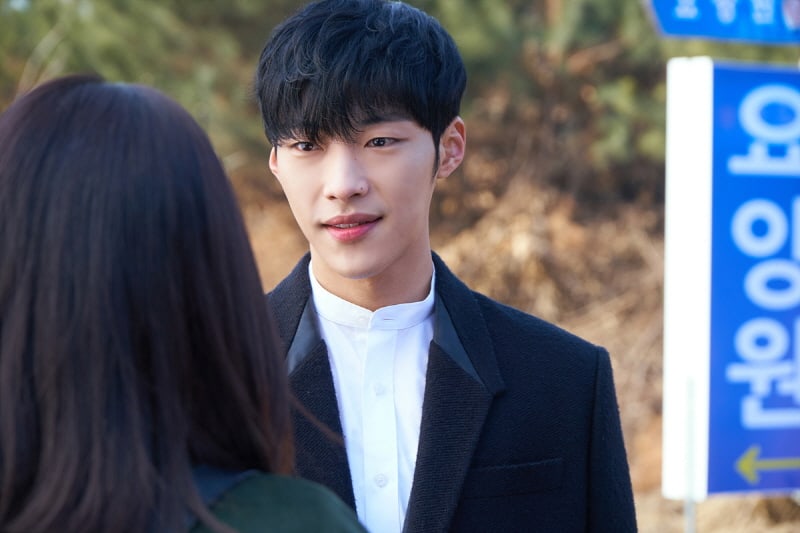 The scene is set to be the start of Kwon Shi Hyun’s game of seduction to captivate Eun Tae Hee’s heart. According to the staff on set, the two leads showed great chemistry as they shot the moment. They also revealed that in between takes, Woo Do Hwan had everyone smiling as he would stand near Joy to shield her from the wind as she had to wear light clothing despite the cold February weather.

The fate of Kwon Shi Hyun and Eun Tae Hee will be revealed in the “Tempted,” which will begin airing on March 12.