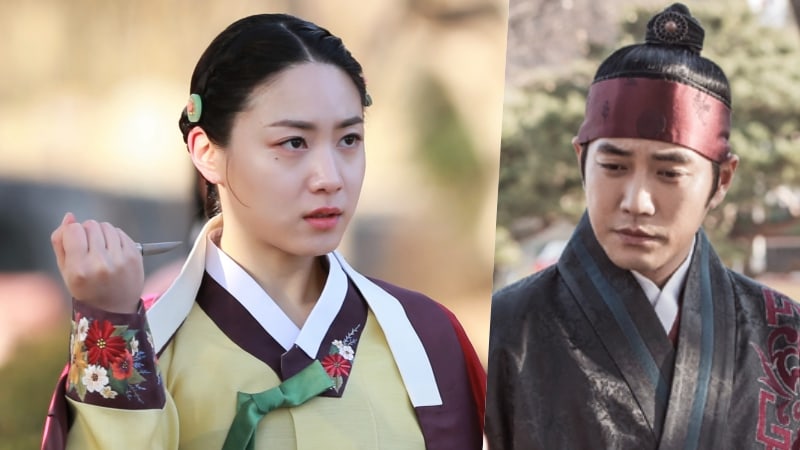 “Grand Prince” is a historical melodrama about two princes who fall in love with the same woman, and their battle for love and the throne.

Prince Lee Kang (played by Joo Sang Wook) is the older brother who dreams of becoming the next king. He meets an equally power-hungry woman named Yoon Na Kyum (played by Ryu Hyoyoung), who chooses power over love. The two agree to have a strategic marriage in order to achieve their goals.

In the stills, Yoon Na Kyum holds an ornamental silver knife to her neck and stands defiantly in front of an apathetic-looking Lee Kang. 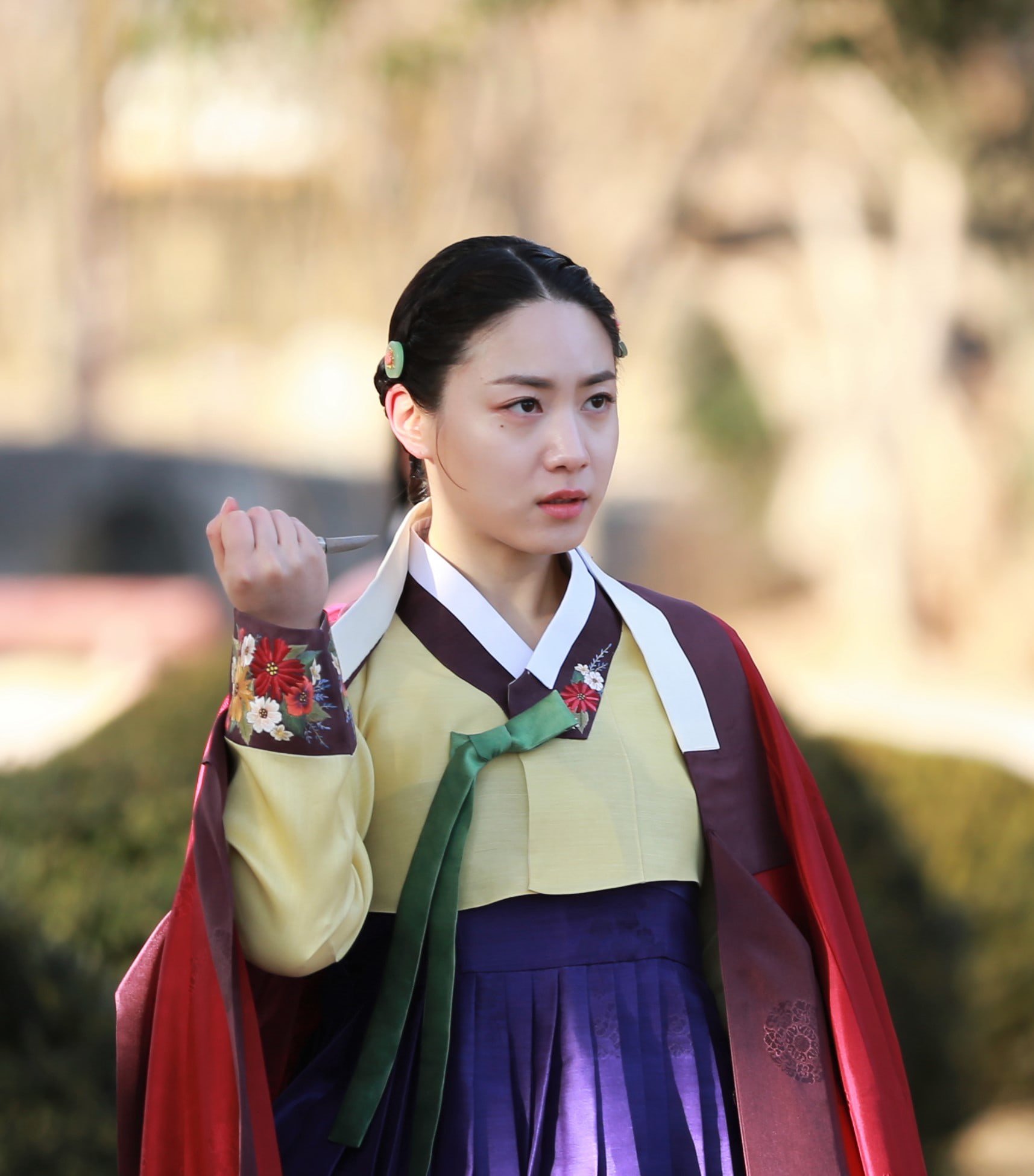 This is the scene where Na Kyum goes to Lee Kang after a misunderstanding occurs between them before their wedding. However, when Lee Kang doesn’t seem interested in working out the misunderstanding, Na Kyum suggests, “Do you want to prove it with death?” and holds up an ornamental silver knife to express her determination.

In another still, Lee Kang looks at her with an unreadable facial expression, making viewers wonder what kind of married couple they will be and what their loveless future will look like. 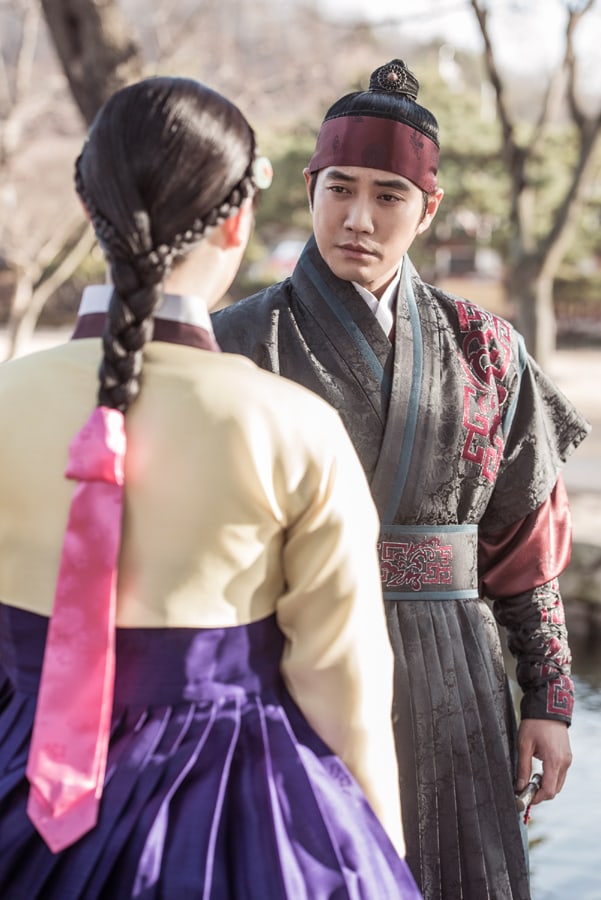 This was the first time the actors filmed together after the script reading. As a veteran actor, Joo Sang Wook led the scene with his emotions while Ryu Hyoyoung acted with passion to portray the sincerity of her character’s ambitions.

A source from the drama said, “He is a man who has the ambition to take on the world and she is a power-hungry woman. Please look forward to the charismatic, passionate performance of Joo Sang Wook and Ryu Hyoyoung. Joo Sang Wook and Ryu Hyoyoung will be more special than other couples from previous historical dramas and will become the center of this blood-red romance story.”