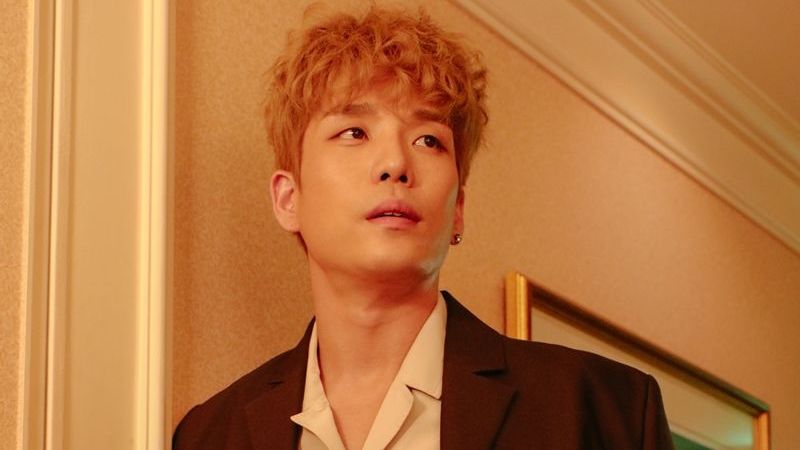 2AM’s Changmin has denied any rumors that he is the singer who is accused of having secretly filmed his now ex-girlfriend.

Previously on March 5, SBS funE released a news article about how a member of a ballad group reportedly filmed his then-girlfriend without her knowledge during sexual activities and other times when she was naked. They had originally met in college when the singer was still an agency trainee, and their relationship continued even after he debuted. The ex-girlfriend in question explained that they had dated for around two years, and broke up at the end of 2010 after she found out about his secret filming.

She shared that he had saved the videos on his phone, and later only sent a message saying he had deleted them. The singer in question had also harassed her constantly to send nude videos of herself. The ex-girlfriend stated that she was unsure if the videos had actually been deleted, and explained that while she asked about them numerous times after their break-up, the only response she received was in 2015. It read, “I’m sorry.”

In the report, she also stated that she was not trying to attack one person directly, but rather make people more conscious about dating violence and sexual harassment.

On March 6, SBS funE’s Kang Kyung Yoon, who reported on the case, clarified that 2AM’s Changmin had nothing to do with the report in question after several rumors regarding the singer began to spread.

The news reporter stated through Twitter, “There have been many misunderstanding so I am making this announcement. 2AM’s Changmin is not the person named in the [mentioned] report. His debut period is different. It is absolutely not true. I apologize for creating misconceptions. I ask for your understanding as I am unable to reveal [the accused person’s] real name at the request of the informant, as stated in the article. I would like to apologize once again to 2AM’s Changmin. The informant’s purpose with the article was not to disclose [the identity], but to make society more aware about the damage of hidden cameras. I ask that you understand that I cannot reveal [the person’s] real name.”

Along with a screen capture of the reporter’s statement, Changmin’s agency TheB Sky also firmly denied that Changmin was the accused ballad singer.

They wrote, “Hello. This is TheB Sky.

“While we cannot even begin to fathom the hurt and suffering the victims who are connected to the current societal issues must have experienced, we give our support and hope they may find their laughter again. We wholeheartedly wish that there will be no more victims from now on.

“However, we sincerely hope that there will not be another situation where a completely unrelated person becomes a victim due to a mistaken mob mentality.

“TheB Sky will take strong action against the spread of falsities that have no factual basis in order to protect our artist.

We would like to apologize for worrying the fans who must have been very concerned.”

2AM
Changmin (2AM)
sexual violence
How does this article make you feel?