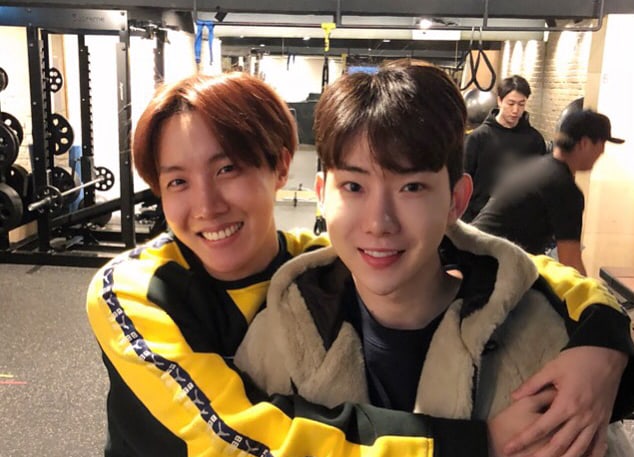 Jo Kwon shared photos from his reunion with BTS’s J-Hope!

The pair go way back to before BTS’s debut, when Jo Kwon and his group 2AM were connected to BigHit Entertainment through a joint management contract with JYP. When J-Hope was still a trainee at BigHit in 2012, he featured as a rapper on Jo Kwon’s solo track “Animal,” and he and other BTS members also performed as Jo Kwon’s backup dancers and music video actors.

On March 7, Jo Kwon posted on Instagram with several photos, including the cover of J-Hope’s new mixtape “Hope World” and shots taken with J-Hope both at Jo Kwon’s cereal cafe Midnight in Seoul and at the gym.

Jo Kwon used J-Hope’s real name Hoseok as he wrote in the caption, “Animal feat J-Hope. Hoseok, who I met for the first time in a long while and am so proud of! Do well with your mixtape too! Ah, it’s already done well.”

J-Hope released his mixtape and “Daydream” MV on March 2, and also shared an additional MV for “Airplane” on March 7. Jo Kwon recently made a comeback as a solo artist with “Lonely,” which was his first release after moving to Cube Entertainment.

BTS
J-Hope
Jo Kwon
How does this article make you feel?