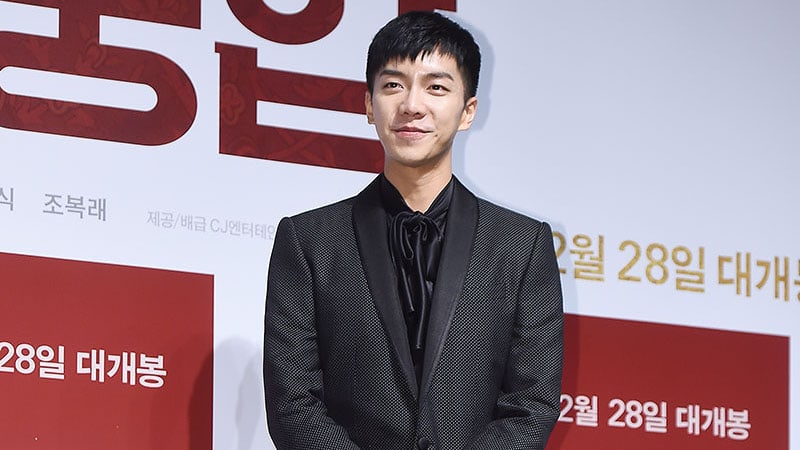 On March 7, Lee Seung Gi appeared on Naver V Live broadcast “Chat With Actors,” where he talked about one of his favorite topics, the army. During the session, he shared funny stories from his time in the military as well as revealed which celebrity friends visited him.

The actor recalled the day of his enlistment, saying, “I went very calmly. But when I got there, I wasn’t so calm anymore. The training center was so cold, and all the soldiers in training were sick. Their colds wouldn’t go away.”

He also talked about fitting in with the other soldiers. He commented, “I don’t like awkward things, but there definitely was an awkward atmosphere. But when if you try to overcome that awkwardness, you are seen as someone resisting the structure. You can’t take the training lightly and need to take it seriously.” 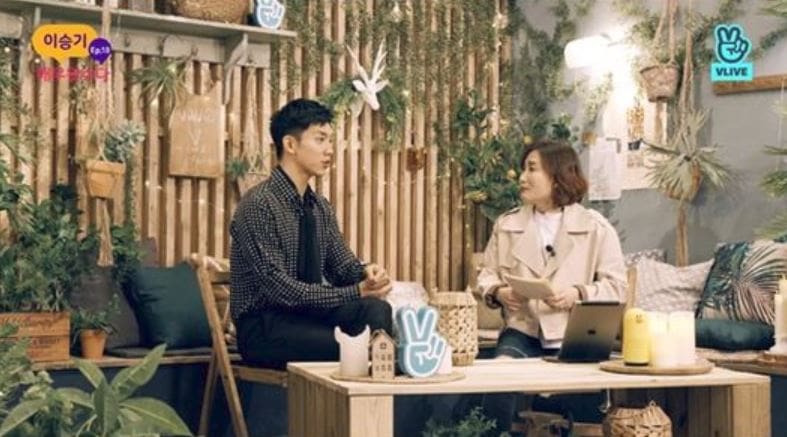 Lee Seung Gi confessed that he hasn’t been able to fully leave behind the military lifestyle. He explained, “I want to leave it, but I spent two years [there] and it was a focus of my life so it’s hard to leave it behind.” He emphasized how significant the military was to him, saying, “It influences at least half of my life right now..”

He shared a funny story from his time in the military, and stated, “When I was placed in the special forces, I was receiving airborne training. At the time, ‘Descendants of the Sun‘ was really popular. The desert uniform that Song Joong Ki was wearing can only be worn in one country, and exactly one person from my unit was supposed to be dispatched there. I thought it was a sign telling me to go. But afterwards, when I asked my commander if I could go, he told me to get it together and stop being ridiculous.”

Host Park Kyung Lim commented, “Your enlistment, especially, felt very long.” Lee Seung Gi agreed and said, “Some people asked me if I was re-enlisting, and others asked me if I had been dispatched somewhere else.” The star also talked about his celebrity friends visiting him in the army. He revealed, “Lee Soo Geun and Kim Jong Min came to visit me. The few female celebrities who said they would come didn’t visit.”