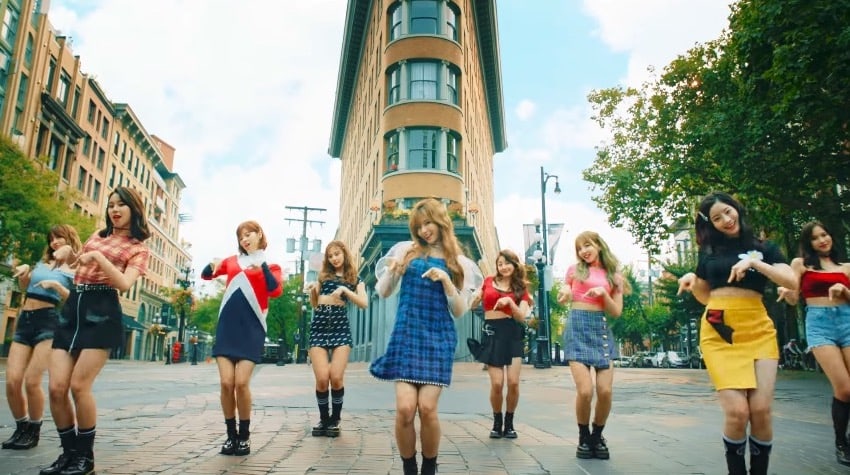 TWICE’s music video for their hit track “Likey” has reached 200 million views in record time for a K-pop girl group!

TWICE released their “Likey” MV on October 30 at 6 p.m. KST, with the song being the title track on their first full album “Twicetagram.” The track was composed by Black Eyed Pilseung and Jeon Gun, and the cheerful and fun MV was filmed in Vancouver.

This has set a new record for K-pop girl group MVs. The former record was held by BLACKPINK’s “As If It’s Your Last,” which reached 200 million views in 5 months and 23 days (176 days).

TWICE’s “Likey” was also the fastest K-pop girl group MV to reach milestones including 100 million and 150 million views. The JYP Entertainment girl group now has four music videos that have surpassed 200 million views, with “Likey” following “TT,” “Cheer Up,” and “Like OOH-AHH.”