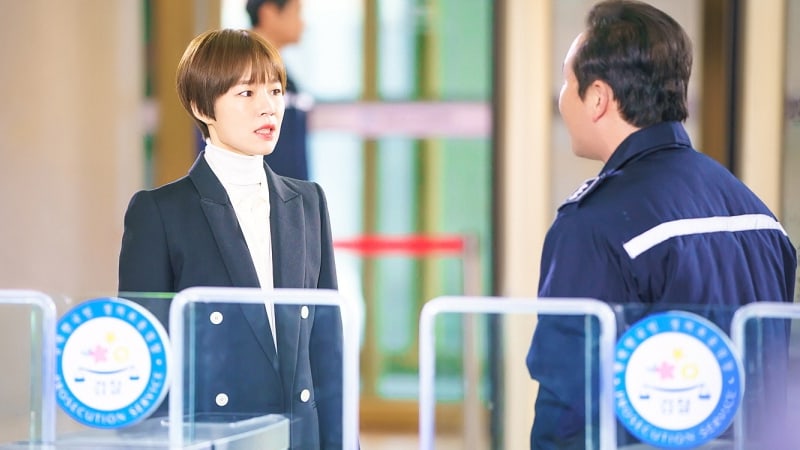 “Switch” will tell the story of a conman-turned-prosecutor named Sa Do Chan (played by Jang Geun Suk) and Oh Ha Ra (played by Han Ye Ri), a woman who overcame the societal obstacles of coming from a low-income family, attending a provincial university, and being a female prosecutor. It aims to send a satirical message about the fine line between right and wrong.

During her middle and high school years, Oh Ha Ra was falsely accused of stealing and was almost expelled from school. However, thanks to the help of her senior Baek Joon Soo (also played by Jang Geun Suk), she was able to be cleared of the false charges.

When her “savior” Baek Joon Soo declares that he wants to become a prosecutor and begins to study, she also follows in his footsteps and becomes a prosecutor as well.

In the stills, Han Ye Ri debuts a new look and confident appearance as she steps foot inside a building. After discussing it with the director, Han Ye Ri cut her hair in order to portray Oh Ha Ra, showing dedication to her role. When the actress first stepped onto the set with her new look, the crew members reportedly praised her and said, “[She is] the perfect image of Oh Ha Ra,” and “I feel like we’ve taken a current-day, individualistic female prosecutor and brought her to the set.” 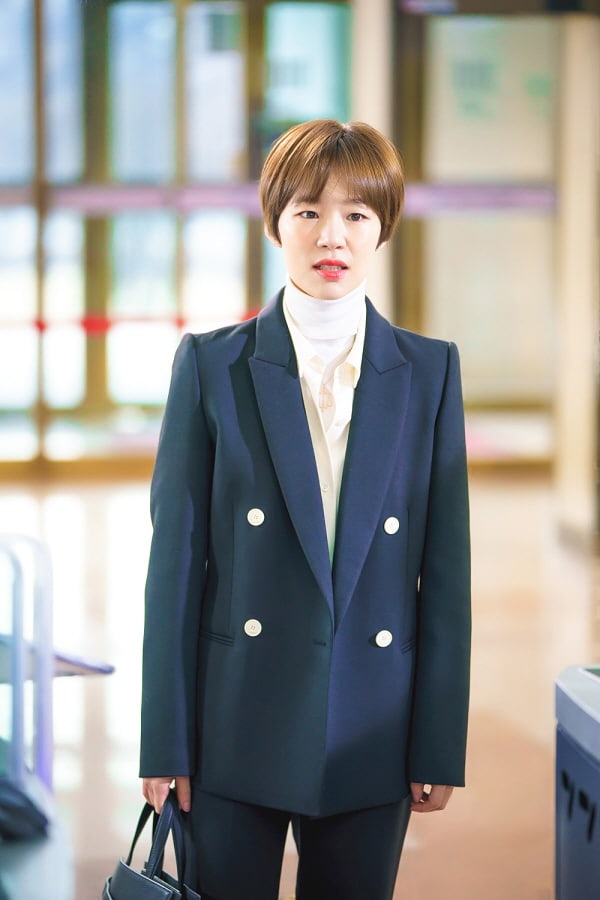 Similar to how she was able to overcome societal obstacles throughout her life, in one particular photo, she also jumps over a physical obstacle of a security measure in the lobby.

After her first day of filming, Han Ye Ri said, “I had a lot of concerns before the shoot, but I’m joyfully filming with good actors, director, and staff. Please look forward to the drama ‘Switch.'” 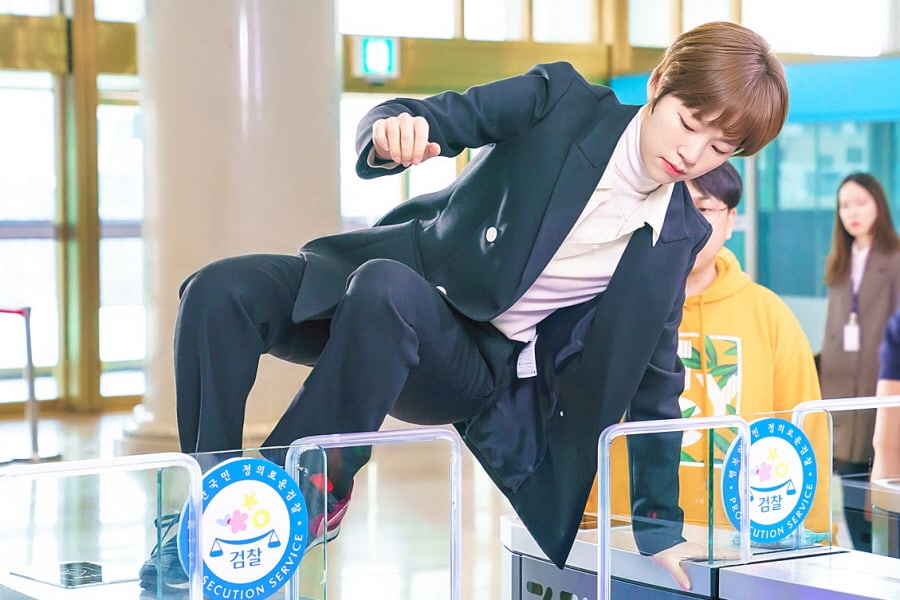 The staff members said, “As we continue to film, we feel that Han Ye Ri is very different from other female prosecutors and is the perfect fit for the chic and confident Oh Ha Ra. Please look forward to Han Ye Ri’s appearance as the ambitious, tenacious, and strong-willed Oh Ha Ra.”

“Switch” will premiere in mid-March as the follow-up drama to “Return” and will be available on Viki! Watch the trailer here.

Switch
Han Ye Ri
How does this article make you feel?