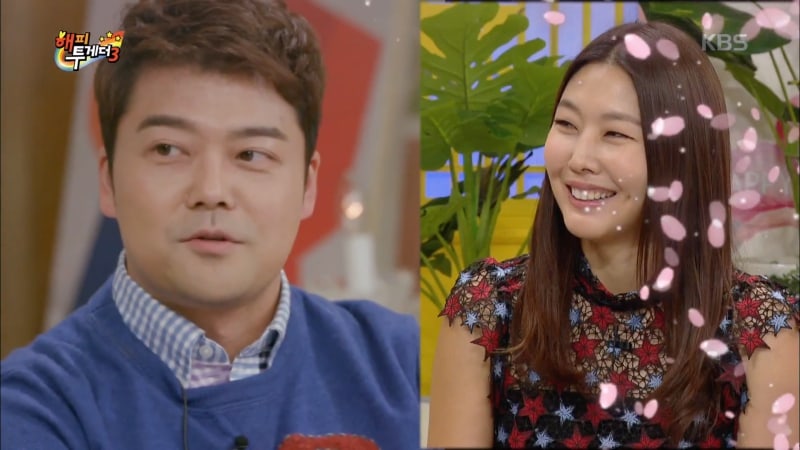 On the March 8 episode of KBS’s “Happy Together,” Jun Hyun Moo and the cast talked about his relationship with Han Hye Jin.

Yoo Jae Suk revealed that Jun Hyun Moo and Han Hye Jin were texting before filming and the other MCs congratulated the happy couple. Jun Hyun Moo said that although their dating news was a trending topic, he was concerned about how it would affect his girlfriend. 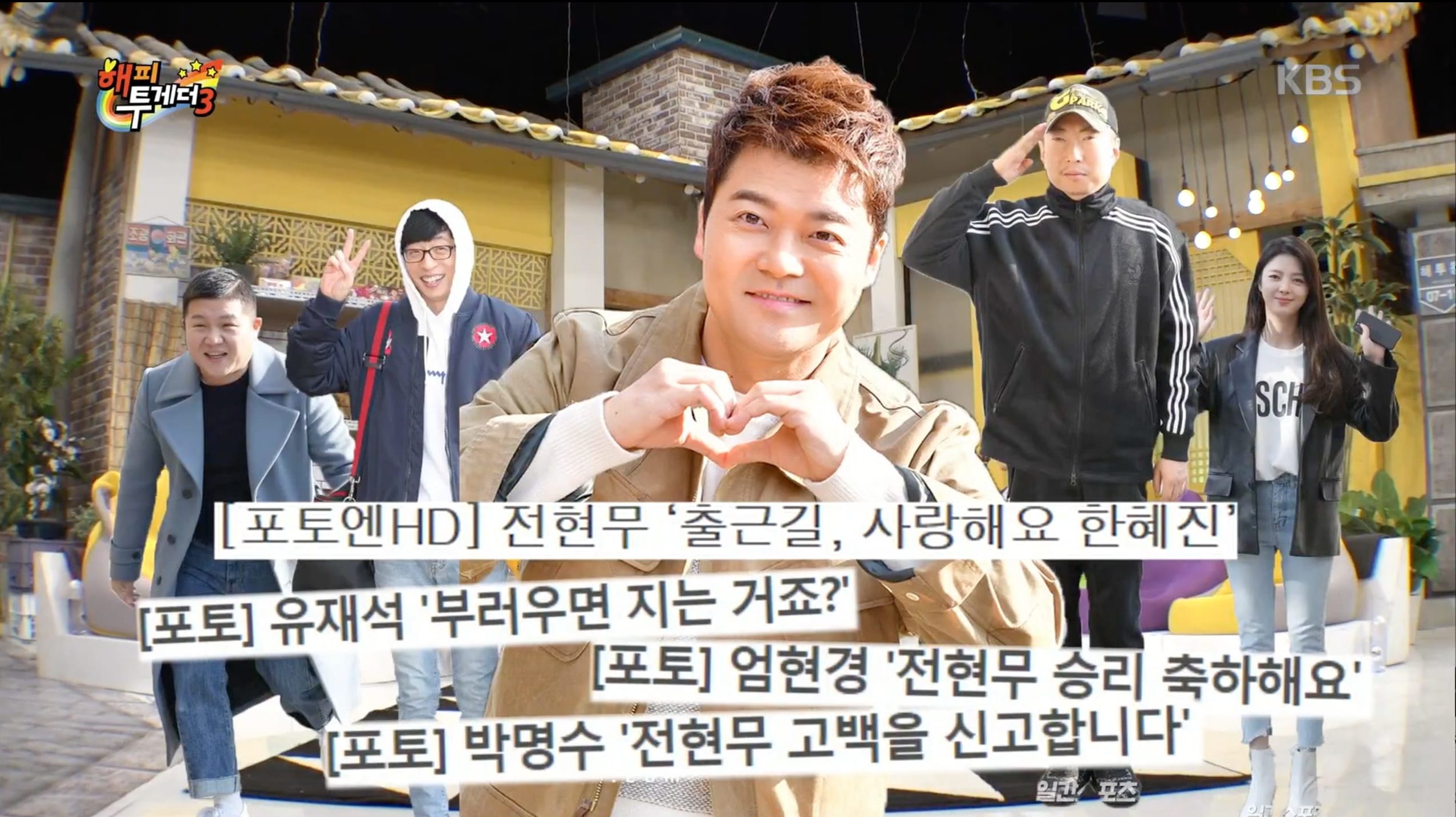 Jun Hyun Moo answered the MCs’ questions and revealed that they had dated for 69 days. They also brought up Han Hye Jin’s previous appearance on “Happy Together” last July. Jo Se Ho shared that Yoo Jae Suk suspected Jun Hyun Moo had a girlfriend and that there was something between the now-confirmed couple.

Jun Hyun Moo said that he confessed his feelings first and explained, “We had good feelings towards one another, but while preparing for the ‘Gashina’ performance, we had lots of physical contact. We also frequently drank and ate together, and [I realized] that she was someone I could talk to.”

Jun Hyun Moo added, “I like petite, cute women, but while dating Han Hye Jin, I learned that tall people can be cute too.”

He then talked about how his stylist has been changed to Han Hye Jin’s stylist. The stylist told him that there was exactly 18 centimeters (approximately 7 inches) of difference in the length of their legs and was amazed at having to trim the length of pants for the first time. 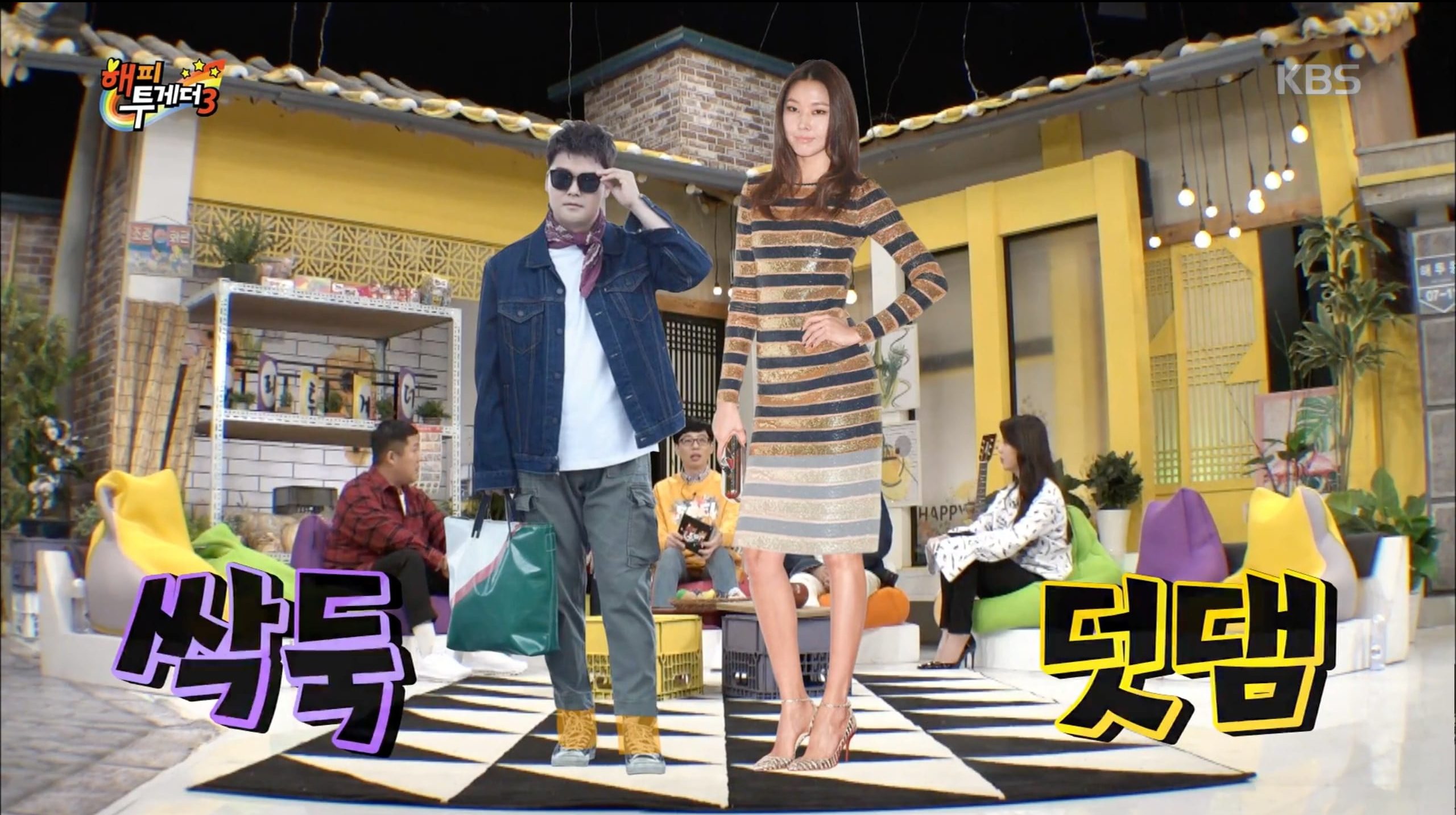 The MCs congratulated him once again and wished the best for the new couple.

Happy Together
Jun Hyun Moo
Han Hye Jin (Model)
How does this article make you feel?