It hasn’t been long since we bid goodbye to the epicness of “Hwayugi,” so it’s understandable if you’re feeling a bit empty inside now that the drama has ended.

After all, there’s a lot to miss: the captivating fantasy world, the laughs, the bromance between Oh Gong (Lee Seung Gi) and Ma Wang (Cha Seung Won), the romance, and more. So if you feel like there’s a big monkey-shaped hole in your life since “Hwayugi” ended and aren’t sure how to fill it, don’t worry. We’ve got your back! We all know that the best way to get over a great K-drama is by watching another K-drama, so here are a few drama recommendations based on a breakdown of some of our favorite parts of “Hwayugi.” Pick a drama (or two, or five…) and start watching to fix your withdrawal!

One of the things we love most about “Hwayugi” is its mix between thrilling fantasy and playful romance: demon-slaying is more fun when it’s combined with some heart-fluttering, romantic push and pull.

If you’re a fan of the fantasy/rom-com genre, you’ll also love “Master’s Sun,” which has a similar premise to “Hwayugi” (both dramas were written by famed screenwriters the Hong Sisters). Gong Hyo Jin plays a woman who can see ghosts, but discovers that they disappear whenever she touches a selfish CEO (So Ji Sub). Sound familiar? This romance will definitely remind you of our favorite OTP, Oh Gong and Sun Mi (Oh Yeon Seo), but in a completely refreshing and different way!

For a slightly different fantasy vibe, “The Legend of the Blue Sea” deals with mermaids instead of demons or ghosts. But it still has the same feel in the romance department, and if you enjoyed the cheeky cuteness of Oh Gong being unable to help himself from loving Sun Mi…

You’ll love watching Lee Min Ho play a roguish and suave con-artist who finds himself falling in love with a quirky mermaid (Jun Ji Hyun), despite his best efforts to fight off his feelings.

If what you’re really missing about “Hwayugi” is Lee Seung Gi (understandable), then you’re in luck: there’s a whole host of Lee Seung Gi dramas for you to choose from.

The multitalented actor is no stranger to fantasy dramas, so if you want something with a similar mythical vibe to “Hwayugi,” check out “Gu Family Book.” The drama stars Lee Seung Gi as a half-human, half-gumiho (mythical nine-tailed fox) who longs to become human. 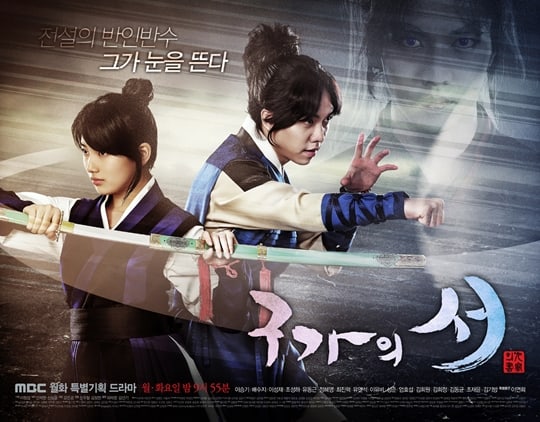 It’s a wild ride of action, drama, and love, as Lee Seung Gi fights a cruel villain while dealing with some messy family history and falling for a human girl (Suzy).

Also a take on the gumiho legend, “My Girlfriend is a Gumiho” is another Hong Sisters drama that features Lee Seung Gi as the main lead, this time in a more comedic role alongside Shin Min Ah, who plays a gumiho that wants to be human. 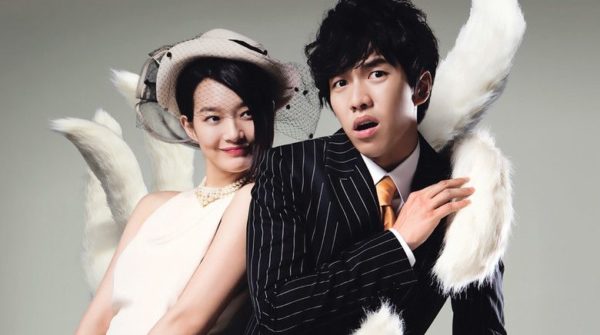 The two soon begin to fall in love, which makes for a uniquely entertaining rom-com that you don’t want to miss!

Catch the first episode of “My Girlfriend is a Gumiho”:

If you miss Lee Seung Gi’s winning smile and wit but you’re not yet ready to become emotionally invested in another drama, never fear: you can just check out his latest variety show, “Master in the House.” He can’t slay demons or produce flames from his fingertips, but he can still make you laugh! Especially with equally hysterical co-stars Lee Sang Yoon, Yang Se Hyung, and BTOB’s Yook Sungjae. 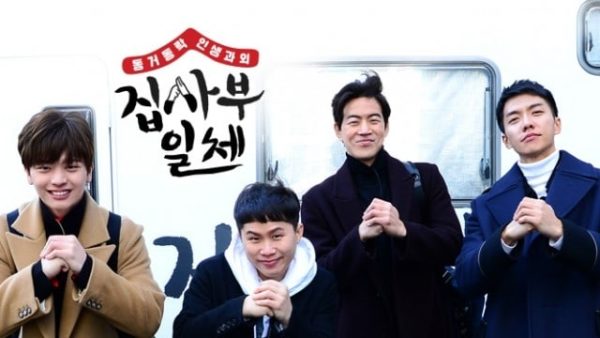 Catch the first episode of “Master in the House”:

Of course, “Hwayugi” is a reinterpretation of the classic Chinese novel “Journey to the West,” and in addition to the novel itself, there are also many adaptations across multiple cultures that are worth checking out. That includes the absurdly hilarious Korean variety show “New Journey to the West,” which coincidentally also stars Lee Seung Gi in its first season!

Watch the teaser for Season 3 below:

Undoubtably one of the funniest parts of “Hwayugi” is Ma Wang’s non-stop extraness, and we were endlessly entertained watching Cha Seung Won play this complete diva.

Luckily for us, Cha Seung Won is no stranger to this type of role, and you’ll love watching him play a hilariously narcissistic top idol in “The Greatest Love.” Just like “Hwayugi,” this fantastic rom-com was also written by the Hong sisters. We could tell you more about it, but this picture pretty much says it all: 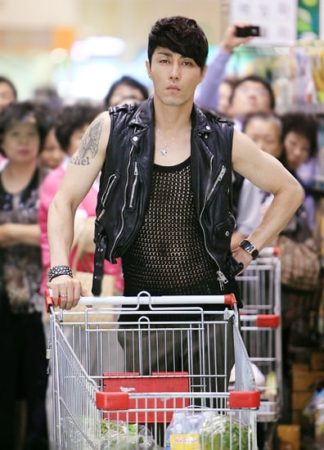 And for an extra bonus, keep an eye out for Lee Seung Gi’s cameo in Episode 9!

Catch the first episode of “The Greatest Love”:

If you loved seeing these two on screen together, you have to check out “You’re All Surrounded,” yet another drama that features both of them, this time as detectives. 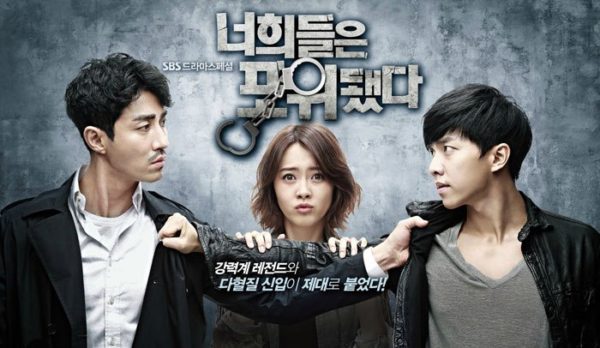 It’s a drama filled with bromances and comedy, but also plenty of action as the detectives work to solve crimes, and Lee Seung Gi’s character seeks the truth behind his mother’s murder.

Catch the first episode of “You’re All Surrounded”:

A little bit of everything

Finally, if you liked the fantasy, love/hate bromance between housemates, and the bittersweet ending of “Hwayugi,” you’ll absolutely fall in love with “Goblin,” which ties in all of these elements in a familiar but unique way, adding some past-life drama and stunning cinematography to the mix.

Along with some sweet supernatural romance that will remind you of Oh Gong and Sun Mi, let the bromantic antics between a goblin (Gong Yoo) and a grim reaper (Lee Dong Wook) keep you from missing Oh Gong and Ma Wang too much in this can’t-miss drama!

Hey Soompiers, what do you miss the most about “Hwayugi”? Which drama are you watching now that it’s over? Let us know in the comments!

Lee Seung Gi
Master's Sun
Soompi Spotlight
You're Surrounded
new journey to the west
Cha Seung Won
Hong Sisters
My Girlfriend is a Gumiho
The Greatest Love
Gu Family Book
Goblin
The Legend of the Blue Sea
Hwayugi
Master in the House
How does this article make you feel?