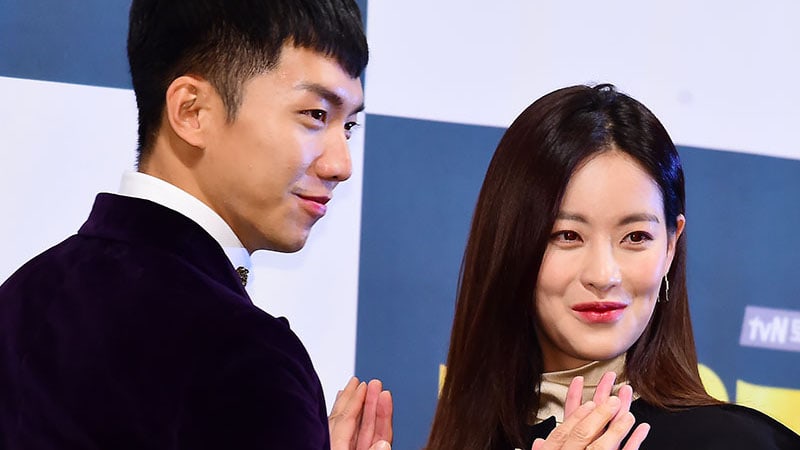 In the drama, Oh Yeon Seo and Lee Seung Gi played a loving couple as Jin Sun Mi and Son Oh Gong respectively. Comparatively, the two actors interact in a strange manner in real life, according to Oh Yeon Seo. She revealed, “I was born in 1987 and Seung Gi was born at the beginning of 1987. We probably would have been more comfortable had we met at school, but because we met in a business setting, we have a peculiar relationship where we refer to each other formally and use a mix of casual and formal speech.”

“He’s a passionate and zealous person. He works really hard on set,” Oh Yeon Seo complimented. “Oh Gong from ‘Hwayugi’ really isn’t an easy character to play. However, he always kept a smile on his face and tried to make things fun. Even though he had a lot of things he was doing in his schedule, he tried to create a bright and positive atmosphere on set.” She also explained how he was very considerate of everyone, especially the actresses, adding, “I received a lot of Oh Gong’s love while filming.”

Oh Yeon Seo shared what it was like working in such cold conditions as well. She commented, “This past winter was just so, so, so cold. Seung Gi wears a fur coat [in ‘Hwayugi’] but it’s not warm at all even though it looks huge. It also became smaller as time went on.” The actress recalled how Lee Seung Gi would say that the cold was nothing compared to what he experienced in the military, but he later acknowledged that it was still pretty cold.

“He didn’t even wear long underwear. I would layer clothing even if I looked larger because it was so cold,” Oh Yeon Seo commented. “When I asked Seung Gi how he could withstand the cold, he told me, ‘I went to the army.’ On rare days, he did wear some [long underwear] saying it was too cold, but you can count the number of times he did on one hand. I think he’s really amazing.”

Check out Oh Yeon Seo and Lee Seung Gi in “Hwayugi” below!