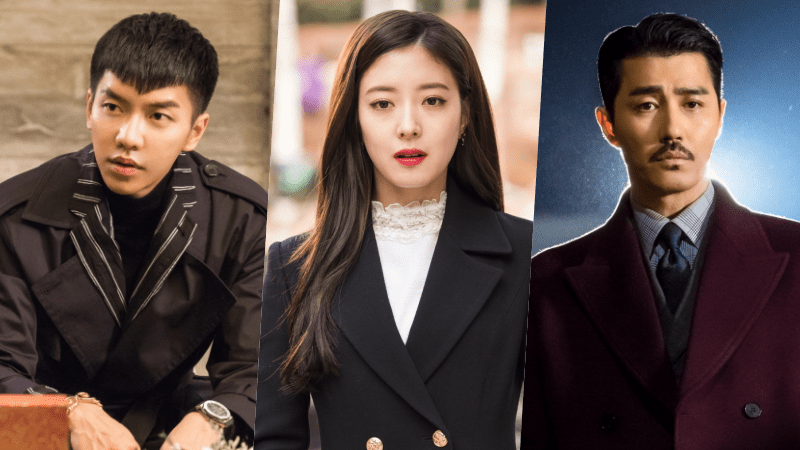 During individual interviews held after the finale of tvN’s “Hwayugi,” main cast members Lee Seung Gi, Lee Se Young, and Cha Seung Won discussed the unfortunate accident that took place on the set of the drama.

In December 2017, a crew member of “Hwayugi” was severely injured and paralyzed from the waist down after he fell while hanging a chandelier at the request of a producer. The police confirmed on March 8 that three related persons have been charged with professional negligence resulting in injury, and that the case has been forwarded to the prosecution.

Lee Seung Gi commented, “It would have been better if such accidents didn’t happened. It is extremely unfortunate. After the accident, there were actions taken such as making sure the crew members took at least one day off every week. I want to give my condolences on the unfortunate accident.”

When asked about what it was like on set right after the accident, the actor carefully explained, “The atmosphere on set is bound to be affected if there is negative gossip going around. It was hard to even smile.” He added, “Afterwards, I thought about what I could do as an actor. I came to the conclusion that all I could do is act well as a main character so that the staff members wouldn’t be troubled on set. I also expressed my emotions towards the staff through handwritten letters when we began filming again [after the accident].”

In her own respective interview, Lee Se Young tearfully shared, “I was basically one of the first people to hear about that accident. I wasn’t on set but I happened to learn about it coincidentally. I was very sad when I heard about it, and I cried for a very long time.”

She also drew attention to the problems of how things are run, enigmatically saying, “To be honest, drama sets have always been like this. Because everything is done so quickly, there is nothing you can really do. It is not something that you can just change somehow right away. I have worked to this point thinking that it will probably get better, and that at the very least, I as a person should keep an eye out and care.”

As for how things changed on the set of “Hwayugi” after the accident, Lee Se Young commented, “Things improved a lot more than I expected they would. Because we became aware of the problem and were invested, everyone reflected and learned about situations like this. I hope that things will improve and change for the better at an extremely fast pace. I think that is what must be done.”

Cha Seung Won expressed his condolences as well during a separate interview. He stated, “As someone who worked on this drama, I feel guilty towards the crew member who was in the accident. It hurt not only that person, but all of his family and other related people.” When questioned about what kept him going, he answered, “I worked hard until the very end with the understanding that the best quality of an actor is keeping our part of the promises we make.”