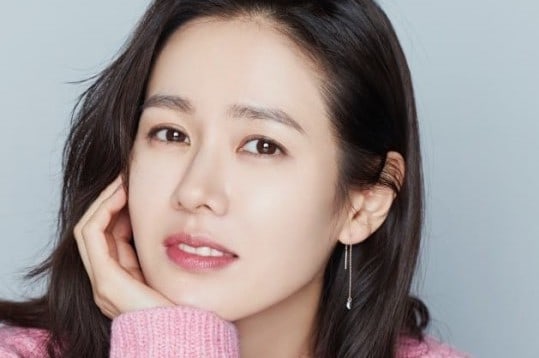 On March 9, actress Son Ye Jin participated in an interview to promote her new film “Be With You.”

In the film, Son Ye Jin plays a woman named Soo Ah who reappears before her family without any memories of them a year after she passed away. Son Ye Jin explained, “Her son, Ji Ho, and her husband, Woo Jin, lived with an empty space in their lives when she was gone. I envied Soo Ah because of the love they gave to her.”

She continued, “When I get married, I want to become something precious to a family like that. I’ve never lived with that kind of feeling and I want to try it.”

On the topic of motherhood, Son Ye Jin said, “I’ve come to love children by watching my sister take care of her child. I never thought I wanted to be a mother, but looking at her child, it occurred to me for the first time. But I still can’t imagine myself as a mother yet. I want to become someone that can take care of others first.”

She added, “If I were to get married and have a child, I think I would get way too involved. I work too hard at everything.”

In the comedic moment in the film, Soo Ah is playing with her young son when she gets extremely competitive at the games they’re playing. Son Ye Jin said, “When I play with my sister’s children and they give prizes to the winner, I always win. It’s funny, but that’s me in real life. I suggested a lot of ideas [in the movie].”

“Be With You” is based on a Japanese novel of the same name and also stars So Ji Sub. It premieres in South Korea on March 14.