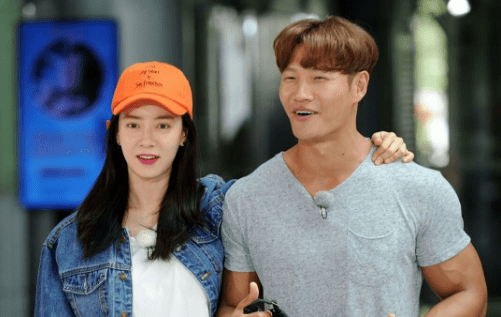 Actress Song Ji Hyo will be a special MC on an upcoming episode of “My Ugly Duckling.”

SBS’s “My Ugly Duckling” is an observational variety show that shows the daily lives of male celebrity bachelors, and the host panel is joined by the cast members’ mothers to comment on the footage.

On March 9, a source from SBS stated, “Song Ji Hyo has finished filming ‘My Ugly Duckling.’ Following the Seungri episode this week, it will be broadcast on March 18 and 25.”

The current bachelor lineup includes Song Ji Hyo’s fellow “Running Man” cast member Kim Jong Kook, who recently revealed the contents of his jam-packed room on the show and talked about his tendency to keep everything he’s owned.

Prior to the confirmation, a news outlet reported that Song Ji Hyo and Kim Jong Kook’s mother had met on set, with his mom greeting her affectionately as “a friend of her son.” It’s said that the other moms kept teasing Song Ji Hyo by saying that she and Kim Jong Kook would be a good match.

Song Ji Hyo
Kim Jong Kook
My Ugly Duckling
How does this article make you feel?