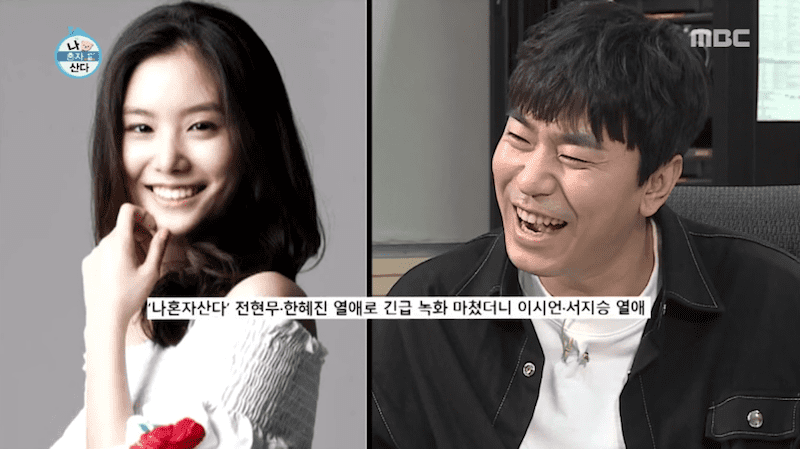 On the March 9 broadcast of MBC’s “I Live Alone,” it was Lee Si Eon’s turn to be questioned by his fellow cast members about his relationship status.

Just a day after Jun Hyun Moo and Han Hye Jin’s relationship was confirmed, Lee Si Eon also confirmed that he was dating actress Seo Ji Seung. According to Lee Si Eon’s agency, they have been dating for five months.

As the other cast members teased him, Lee Si Eon commented, “Do I have to say?” Answering their questions, he shared how he first met Seo Ji Seung, saying, “An older actor I know introduced us. It wasn’t as a blind date, but just naturally during a gathering.”

Park Na Rae then asked, “Were you the first to approach her?” When Lee Si Eon affirmed, “Definitely,” Kian 84 hilariously chimed in, “How did you seduce her?”

The actor replied, “What do you mean how did I seduce her? I just asked, ‘Do you want to grab a meal? Go see a movie?'” Kian 84 prodded him for more info, leading Lee Si Eon to reveal, “I was the one to confess and say we should date.”

Check out the latest episode of “I Live Alone”!