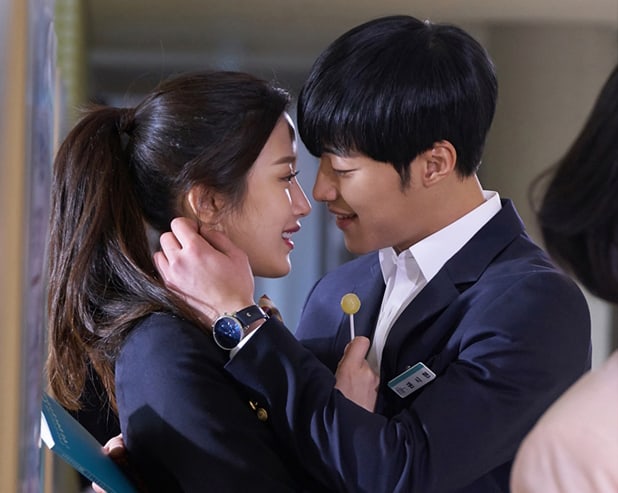 “Tempted” is the story of a group of youths who jump into a dangerous game of love without realizing that they are putting their whole lives on the line. Based on the French novel “Dangerous Liaisons,” the drama is set to bring Woo Do Hwan, Red Velvet’s Joy, Moon Ga Young, and Kim Min Jae together.

Woo Do Hwan will be playing the role of “twenty-year-old seducer” Kwon Shi Hyun whose gaze immediately draws you in, while Moon Ga Young will play Choi Soo Ji, who is a beautiful celebrity harboring jealousy in her heart and is also the one who suggests they start playing the dangerous game of love. The two will be appearing in the drama as soulmates. 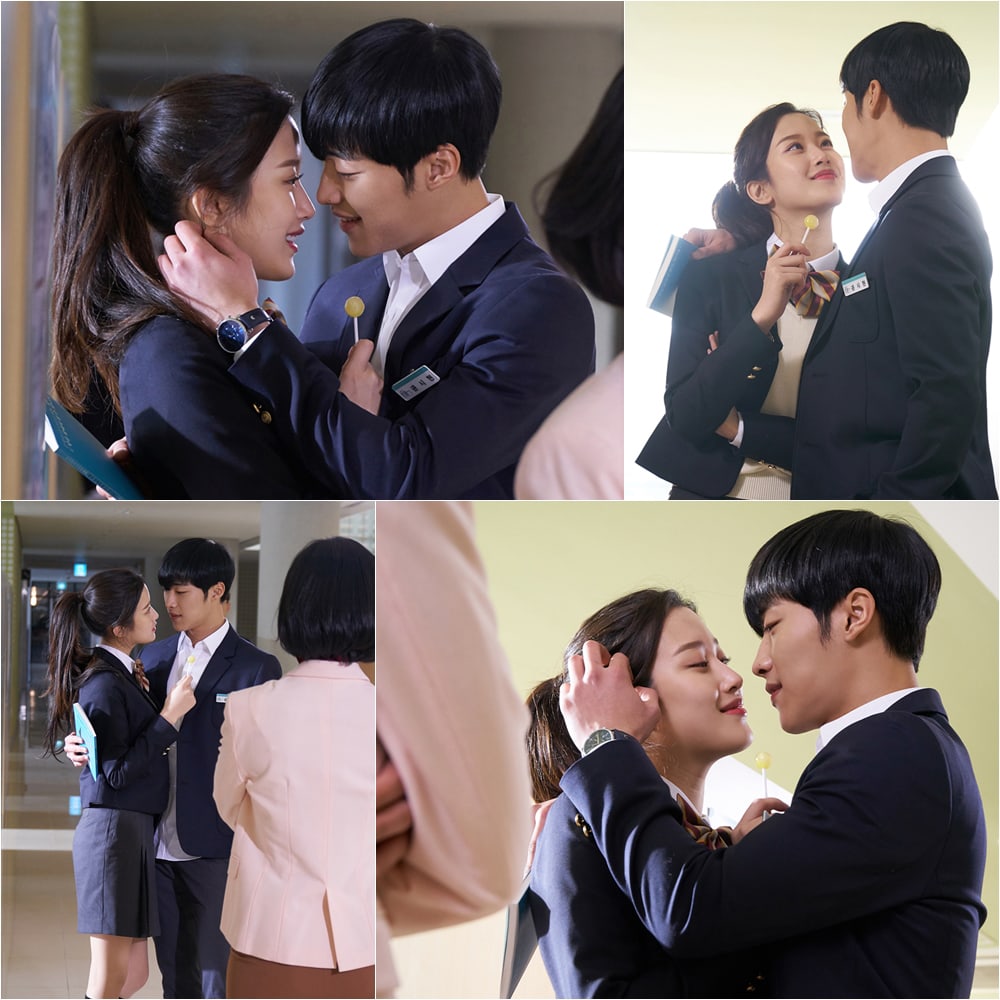 However, the new stills that have been released show them looking more like a couple than two friends. The two are stuck to each other like glue and staring at each other with affection in their eyes. They’re already pretty close to begin with but when a teacher appears to reprimand them, they actually take it further and their lips almost meet. With the release of these new stills, viewers are intrigued to know the relationship between these two.

“Tempted” will begin airing on March 12 on MBC.

Moon Ga Young
Woo Do Hwan
Tempted
How does this article make you feel?