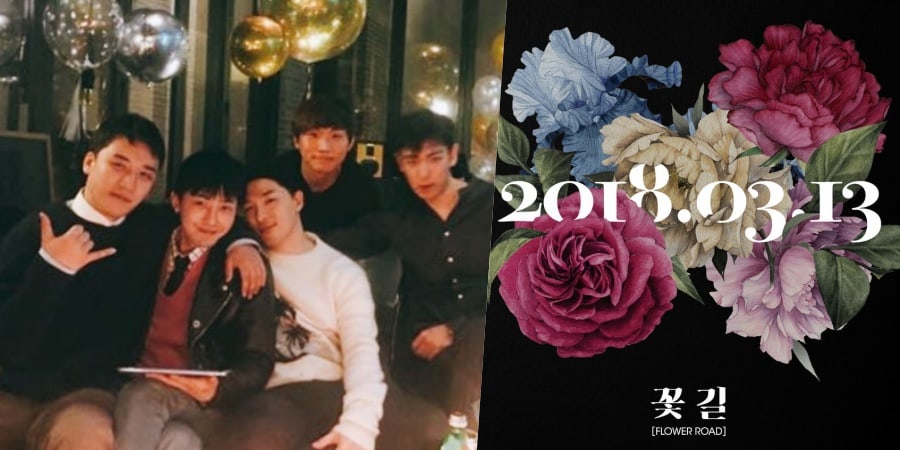 BIGBANG has released a teaser poster and details for their upcoming special song release!

Previously, YG Entertainment announced that they would be releasing one of BIGBANG’s unreleased tracks for fans. On March 10, the agency shared the poster for the new song that feature five different flowers together with the song title “Flower Road.” 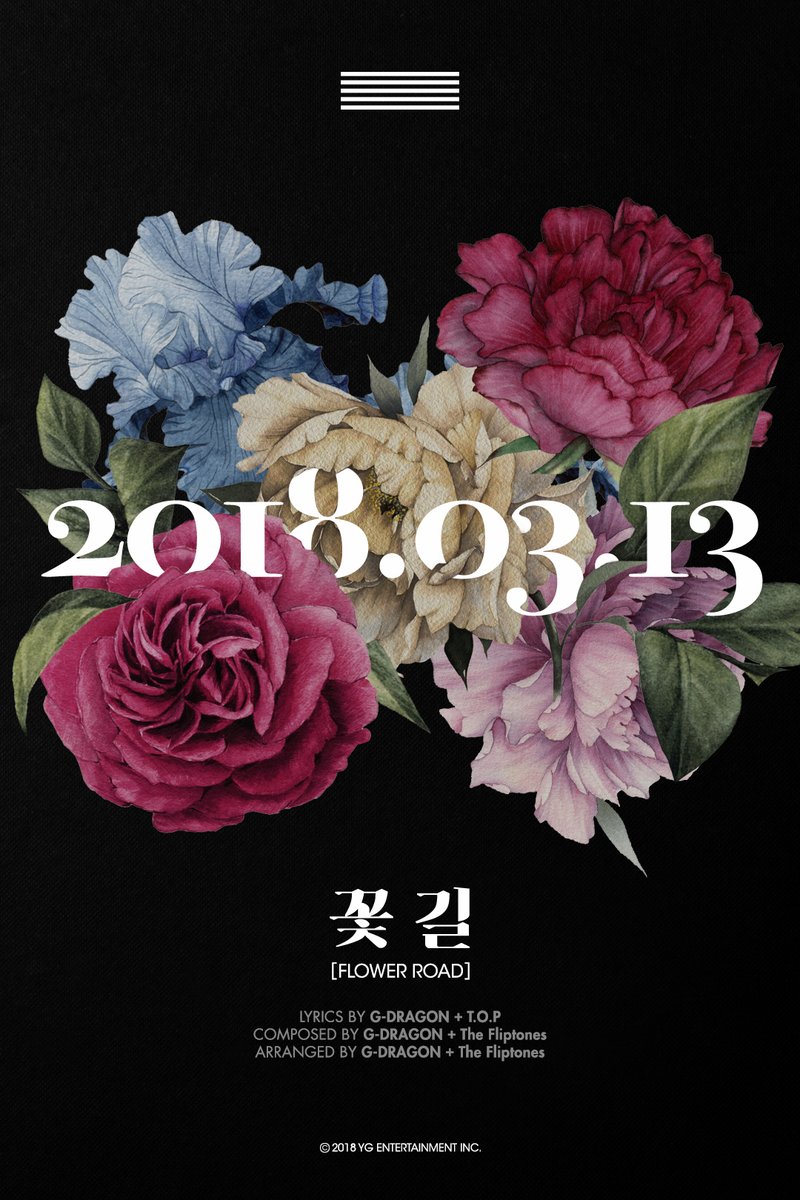 The lyrics for the song were written by BIGBANG members G-Dragon and T.O.P., who are the leader and the oldest member of the group and also the first two members to enlist. The two are said to have penned the lyrics with the members’ upcoming enlistments in mind, hoping to convey their feelings to their fans through the song.

G-Dragon also participated in the composition and arrangement of the song. He teamed up with The Fliptones, who have worked on G-Dragon and Taeyang’s “Good Boy” and Taeyang’s “Stay With Me.”

“Flower Road” will be BIGBANG’s first new song in one year and three months, and will be a gift to fans who are waiting for the five members to stand on stage again. The song will be released on March 13, a day after Taeyang enlists and the day that Daesung enlists.

Are you excited for BIGBANG’s new song?