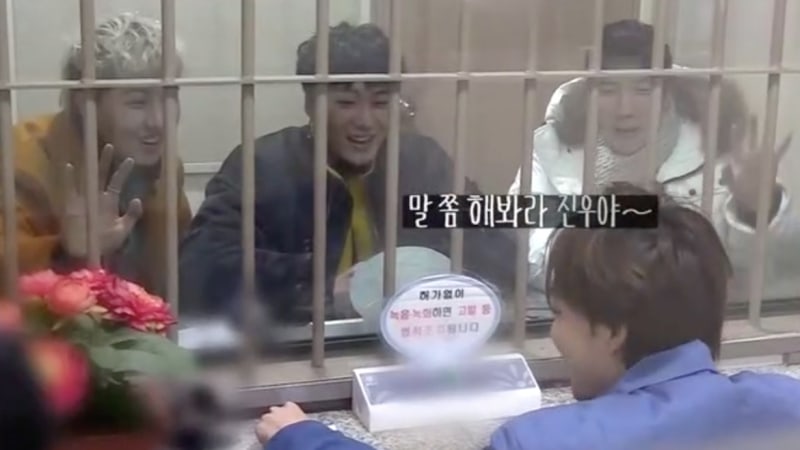 On the latest episode of JTBC’s reality show “Do the Right Thing,” WINNER paid a special visit to Kim Jin Woo in prison.

“Do the Right Thing” is a variety program that follows a number of celebrities, including WINNER’s Kim Jin Woo, as they navigate Korea’s criminal justice system. The program involves the celebrities serving time in an actual prison for various fictional crimes invented by the production staff.

During the March 9 broadcast of the show, WINNER’s Kang Seung Yoon, Song Mino, and Lee Seung Hoon visited their bandmate in prison. The three idols were visibly nervous as they stepped foot inside a real prison for the very first time.

Lee Seung Hoon insisted that they needed to stick to the facts while filling out forms at a government agency, and Song Mino replied, “Wow. That hurts my feelings.” However, although Kang Seung Yoon wrote “dongsaeng [younger brother]” as his relationship to Kim Jin Woo, when it was Song Mino’s turn to sign in, he simply wrote “acquaintance.” 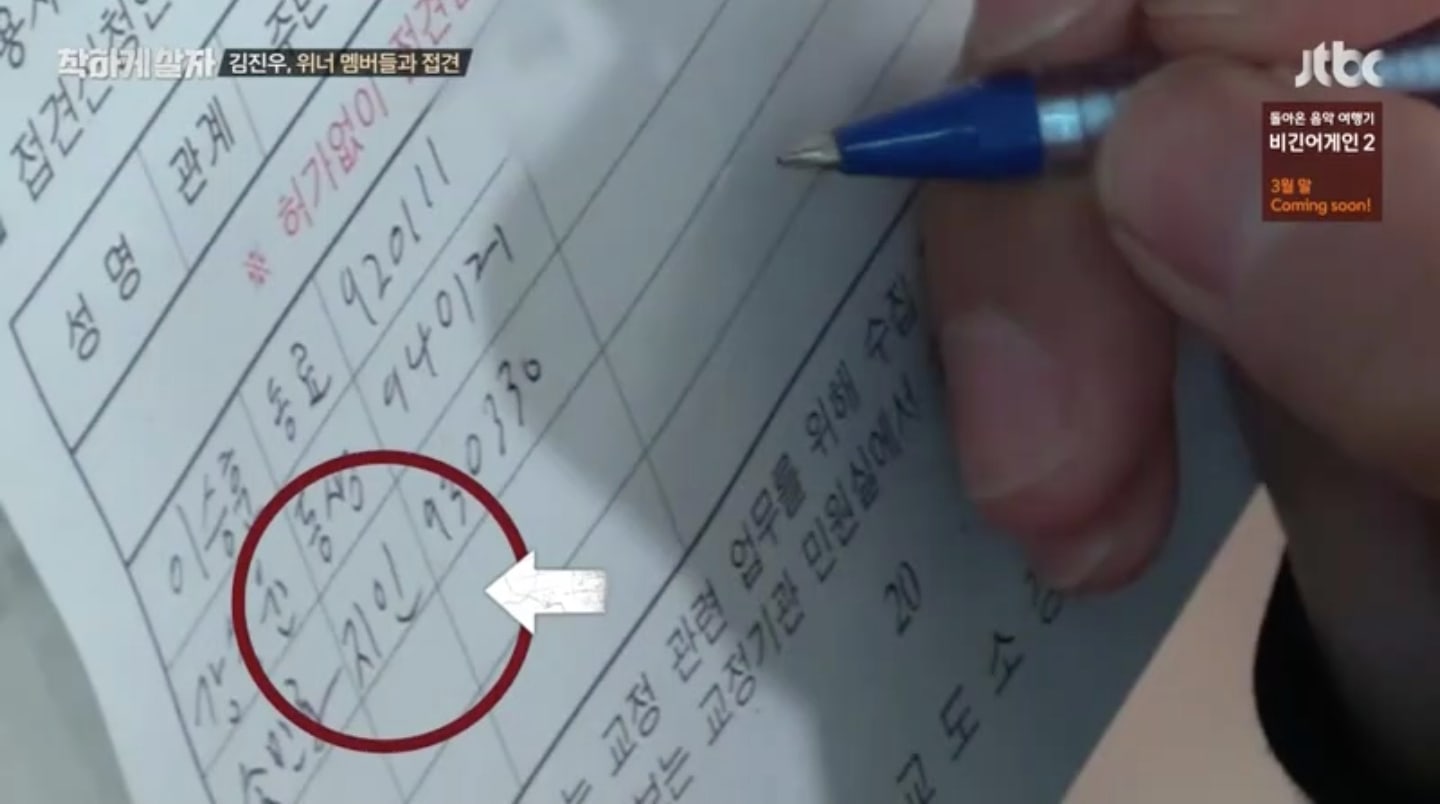 The three members then rushed to the visiting room so as to not waste any of their allotted time with Kim Jin Woo, exclaiming, “Each minute is precious!” They also worried that their bandmate might be having a hard time in prison, noting that the atmosphere was “no joke” and felt “too serious.” Lee Seung Hoon remarked, “It’s so funny that we’re here because of Jin Woo,” with Kang Seung Yoon agreeing, “He’s the kindest out of all of us.”

When Kim Jin Woo finally did appear, he was thrilled to see his fellow group members, who jokingly chastised him for having ended up in prison. Lee Seung Hoon cried, “How did you end up making such a mistake?” Kim Jin Woo revealed that he had been imprisoned for the (fictional) crime of unintentionally causing a forest fire, explaining, “[Yoo] Byung Jae hyung framed me [for his crime].”

Lee Seung Hoon jokingly responded, “We should have stopped [Kim Jin Woo] from hanging out with Byung Jae hyung when he first started hanging around with him. This is why it’s important to make good friends.” 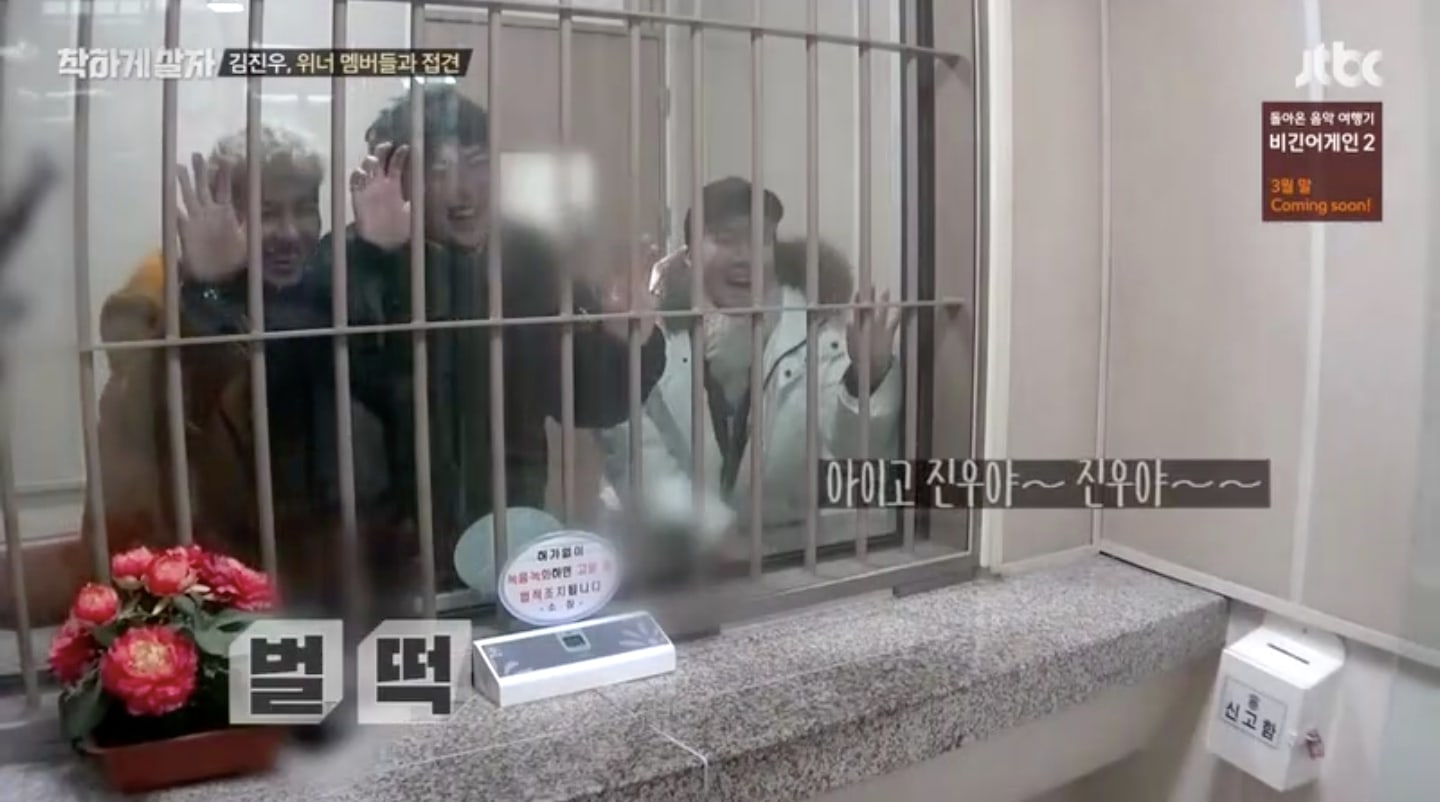 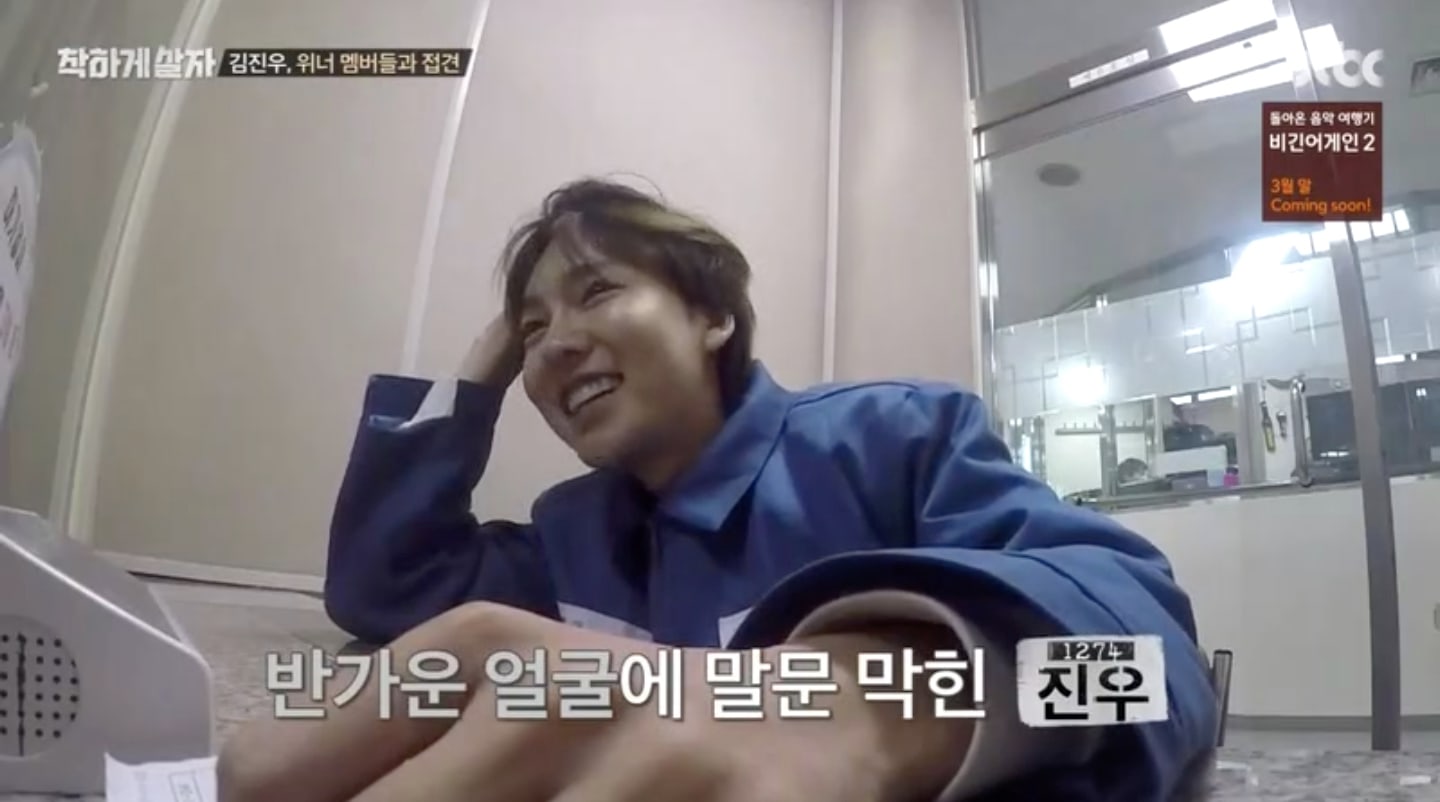 Kang Seung Yoon also showed off his knowledge about prison, which he had acquired while filming his recent drama “Prison Playbook.” After he answered several of Song Mino’s questions about prison life on Kim Jin Woo’s behalf, Song Mino laughed, “I’ll just hear about prison from Seung Yoon, then, since it seems like he knows more.”

Towards the end of the visit, Kim Jin Woo became emotional as he confessed to his members, “I missed you guys the most. I even wrote you letters.” The other WINNER members promised that they would be there to greet him upon his release from prison, and on their way out, Kang Seung Yoon and Song Mino left commissary money to buy Kim Jin Woo a variety of snacks and beverages.

After saying goodbye to his members, Kim Jin Woo remarked, “I think meeting them makes me want to leave [prison] even sooner. I think [seeing them] is actually more torturous.” 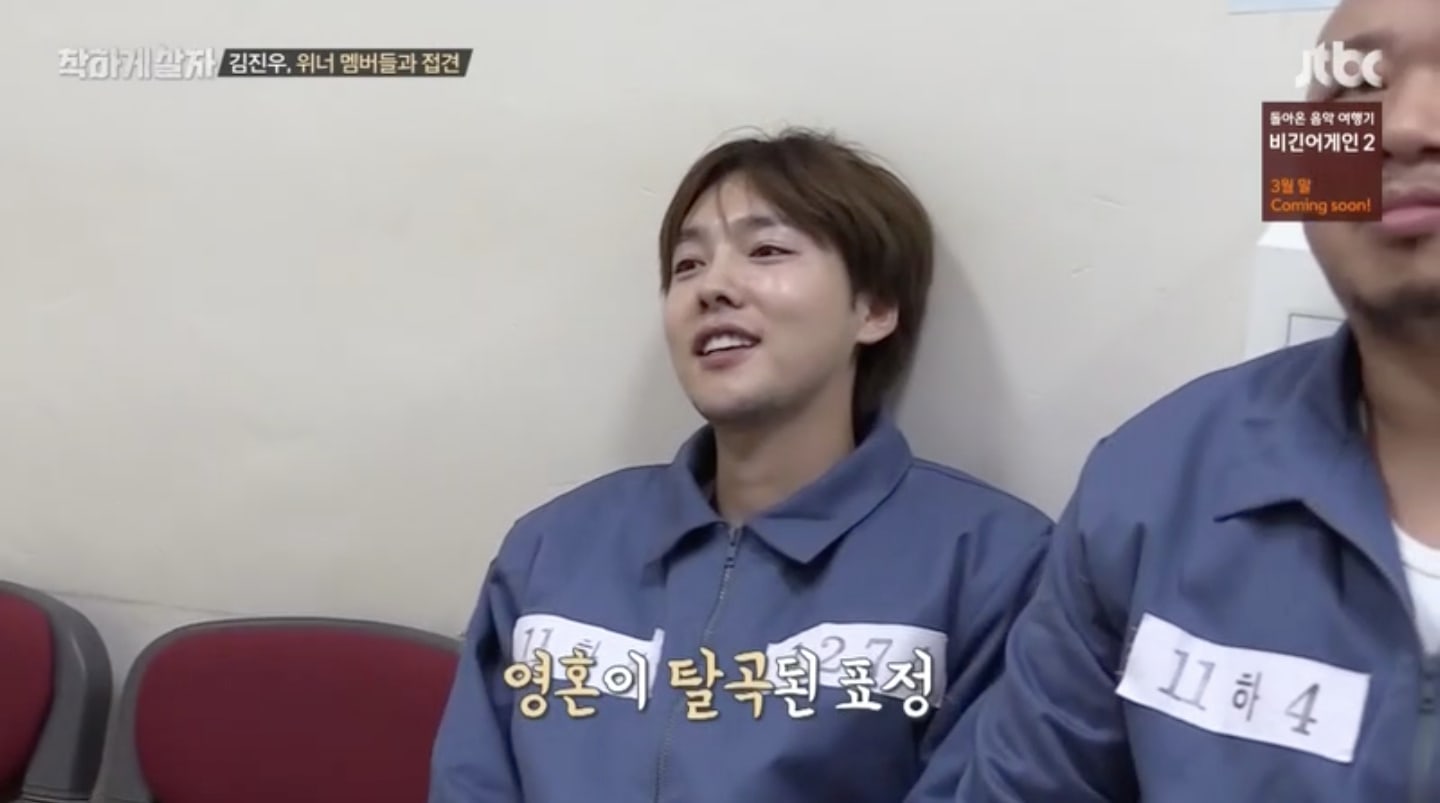