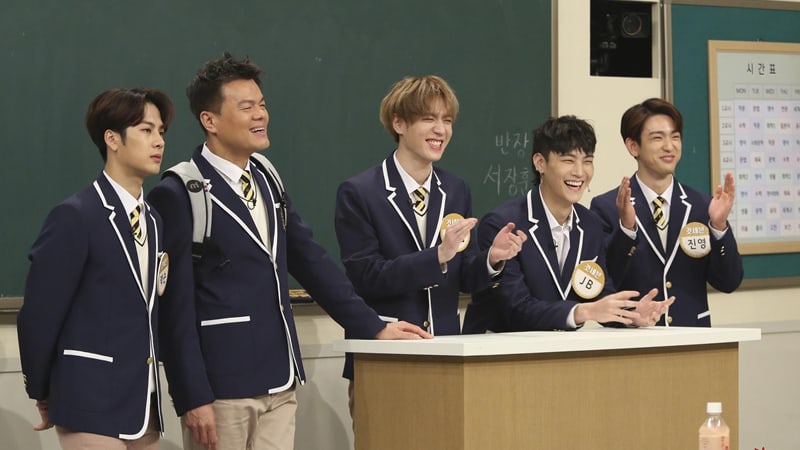 GOT7 and Park Jin Young brought the laughs on JTBC’s “Ask Us Anything”!

On the March 10 episode, the guests introduced themselves then aired out their past grievances with the members of “Ask Us Anything.”

GOT7’s Jackson looked at Kang Ho Dong and said, “I heard rumors that you’ve become nicer these days. Are you okay? Why’d you become so nice?”

Jackson then brought up working with Kang Ho Dong in the past and said, “You treated me like I was an invisible person. You did that on ‘Our Neighborhood Arts and Physical Education’ too.” 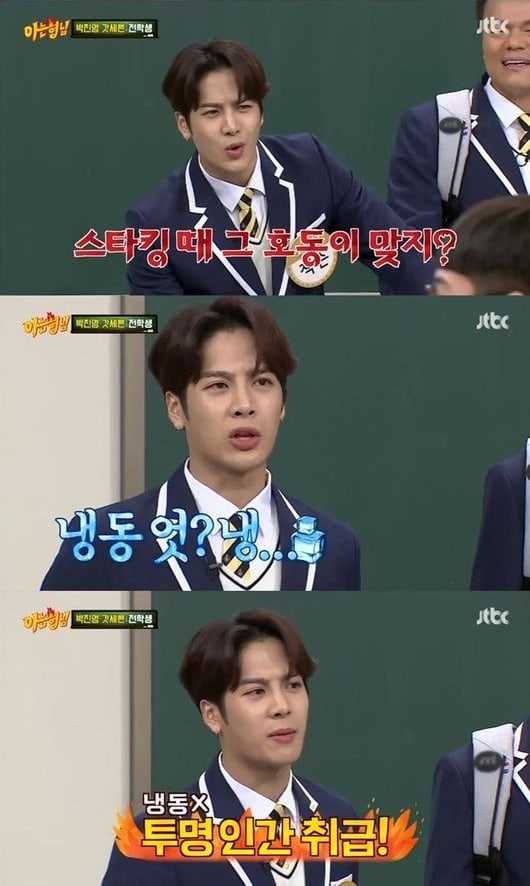 He continued, “But I was thankful to Kang Ho Dong. He hurt me, healed me, hurt me, then healed me. When I did something well, he praised me, but when I wasn’t good, I wanted to give up on variety shows,” and surprised Kang Ho Dong with his candid confession.

GOT7’s Jinyoung added, “I shyly said hello to Kim Young Chul, but he talked badly about me to the show’s writers saying that I didn’t greet him correctly.”

Super Junior’s Kim Heechul then brought up how Seo Jang Hoon used to be close with Park Jin Young but is now closer to Yang Hyun Suk. Park Jin Young strongly agreed with this statement and added, “At that time, YG was just starting to do much better than JYP.”

Seo Jang Hoon tried to justify happened by saying, “One day, I couldn’t get a hold of him.” He explained that Park Jin Young was in the U.S a lot so it was hard to reach him and that he stopped drinking alcohol. 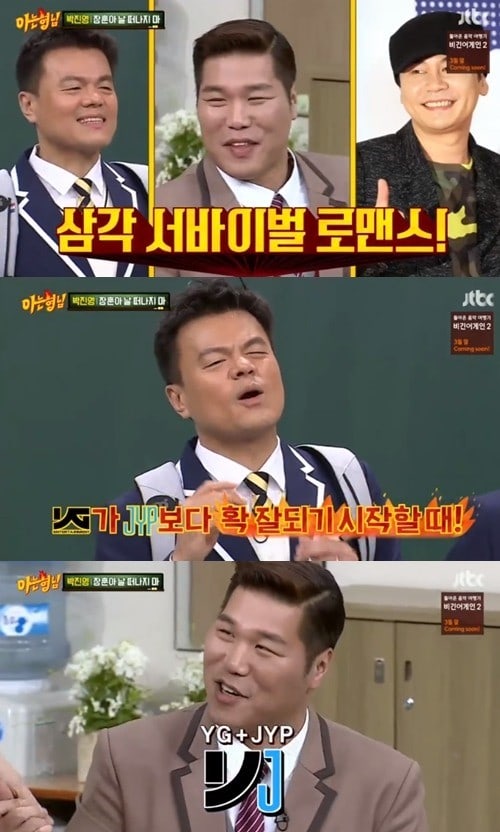 GOT7
Knowing Bros
Park Jin Young
How does this article make you feel?