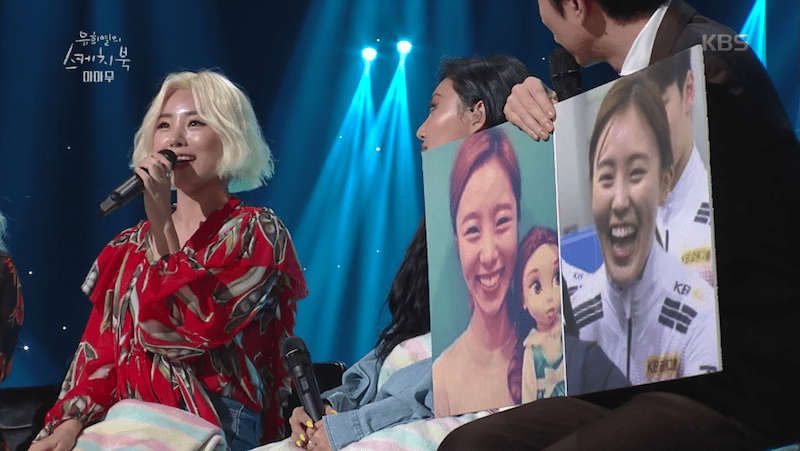 MAMAMOO were one of the featured guests on the March 10 broadcast of KBS2’s “Yoo Hee Yeol’s Sketchbook,” where Wheein talked about Kim Ah Lang.

Kim Ah Lang is a member of the national South Korean short track speed skating team that won gold during the 3000 meter relay at both the 2014 Sochi Winter Olympics and 2018 PyeongChang Winter Olympics. Recently, many people have pointed out she and Wheein look similar to each other at times.

Yoo Hee Yeol shared, “So it hasn’t been long since the Winter Olympics ended. I was so surprised when I was watching it because I thought Wheein was competing as a short track speed skating athlete. You look very similar to gold medalist Kim Ah Lang. You’ve heard this a lot, right?”

Wheein explained that a lot of fans have told her similar things, and that she felt apologetic towards Kim Ah Lang because of this. When Yoo Hee Yeol brought out a collage showing a side-by-side comparison, Hwasa commented, “The way they smile is [similar]. Even the dimples.” Wheein added, “We do look more similar when my makeup is lighter.” 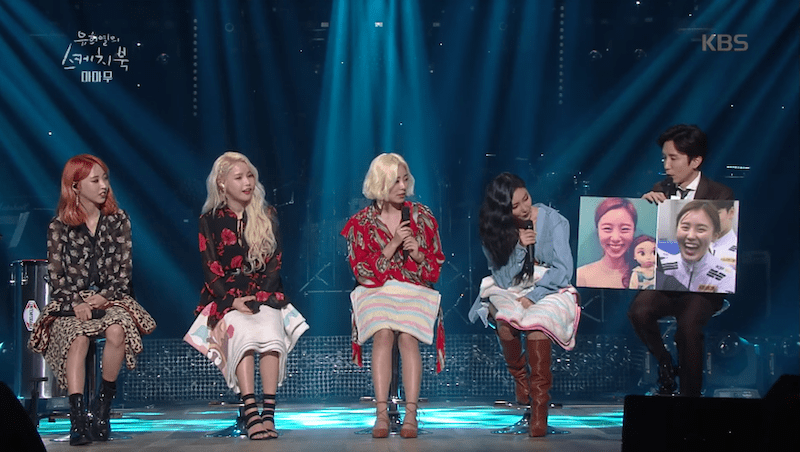 She continued, “Something that was really interesting is that we’re the same age, both born in 1995. On top of that, our hometown is the same, Jeonju in North Jeolla Province. I was so amazed.”

At Yoo Hee Yeol’s prompting, Wheein also sent a message directly to Kim Ah Lang, saying, “Hello Miss Ah Lang. I am MAMAMOO’s Wheein. It’s such an honor to be mentioned with you because of our resemblance. I had fun watching your matches as well as that famous gif of you. I hope you continue to be healthy and compete well. I will be supporting you. Good luck!”