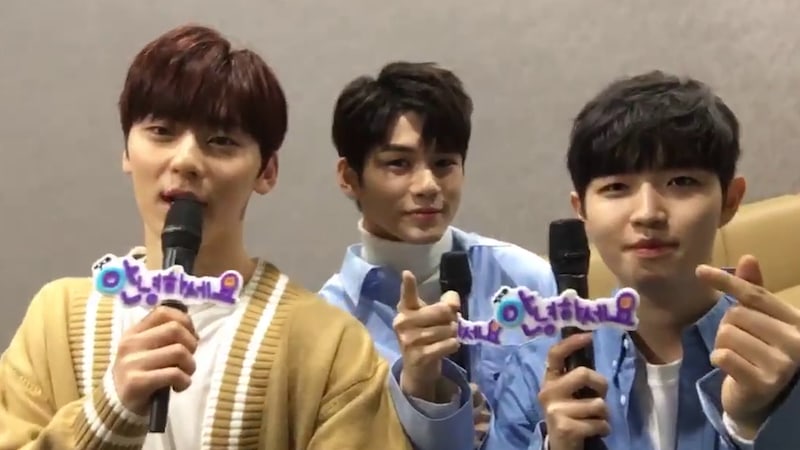 Ahead of the recording, the Wanna One members held a V Live broadcast on set.

As “Hello Counselor” is a program about dealing with concerns, they were asked if they have any personal concerns recently.

Hwang Min Hyun began, “This is a minor concern, but I have started working out with Seong Woo, Sung Woon, and Guan Lin. I made up my mind to really do it properly, so I’m also managing what I eat.”

Ong Seong Woo then joked, “So was that late-night snack you had yesterday part of your diet?” Hwang Min Hyun insisted that the jokbal (pigs’ feet) and bossam (boiled pork) he ate was for his diet, providing protein and collagen.

Hwang Min Hyun continued on saying that when he’s on a diet, he wants to eat spicy ramen the most. He revealed that he would like tips on how to resist the cravings. 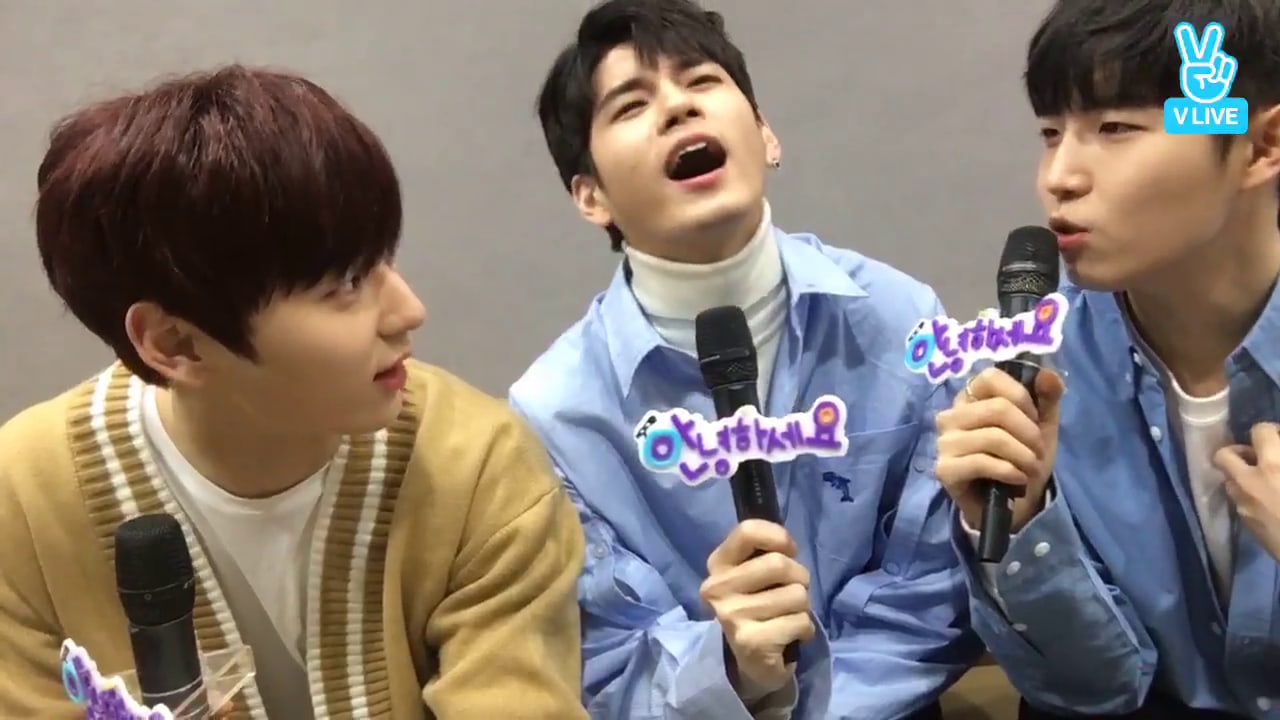 Kim Jae Hwan shared that he doesn’t usually have concerns because he is spending each day so happily, but if he has one concern, it is that he wants a six-pack. He said his mind is on it, but his body won’t move. 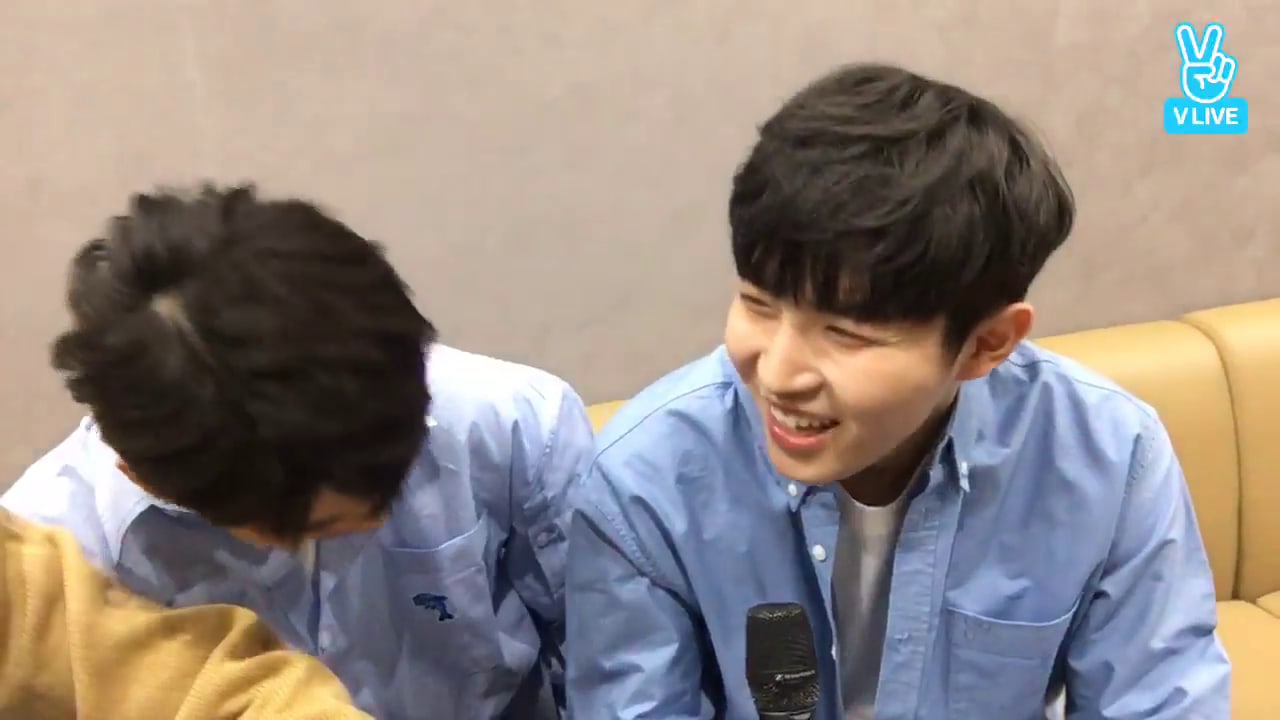 When it was Ong Seong Woo’s turn, he asked, “Min Hyun, why did you do that yesterday?” Hwang Min Hyun explained that in the elevator up to their homes the previous night, Ong Seong Woo asked what he wants to eat for a late-night snack, and Hwang Min Hyun said he wouldn’t eat anything.

Hwang Min Hyun then went home to 9th floor, while Ong Seong Woo went home to 11th floor. Ong Seong Woo was then looking up what he should order alone when he overheard their manager on the phone saying, “Min Hyun, should I order that right now?” He asked the manager what he was ordering, and their manager responded, “Min Hyun wants to eat jokbal.”

Ong Seong Woo called Hwang Min Hyun right away to yell, “You said you weren’t going to eat! Why did you lie?” 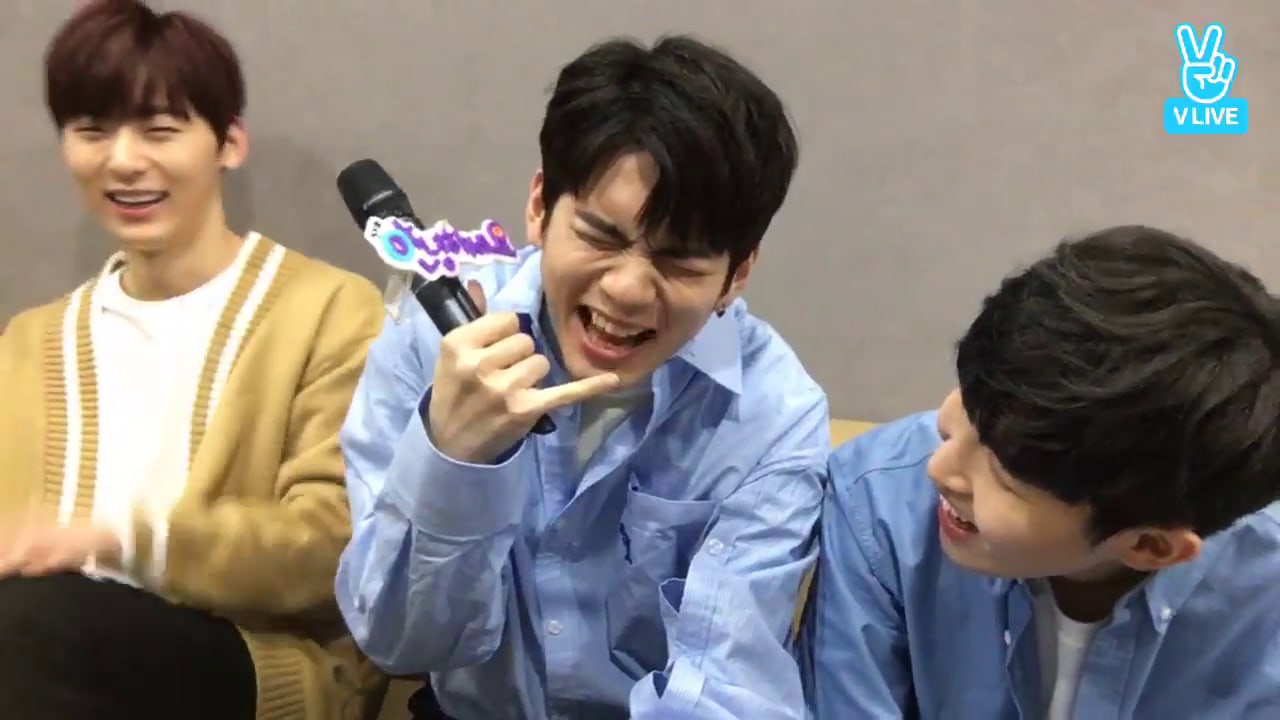 Hwang Min Hyun clarified, “I was planning on eating. However, Seong Woo enjoys coming over to 9th floor, so as a joke, I was going to say that I’m not going to eat, but then call him and surprise him when the food comes.”

He concluded, “Next time, I’ll be honest from the start. I guess Seong Woo does not like surprises.” 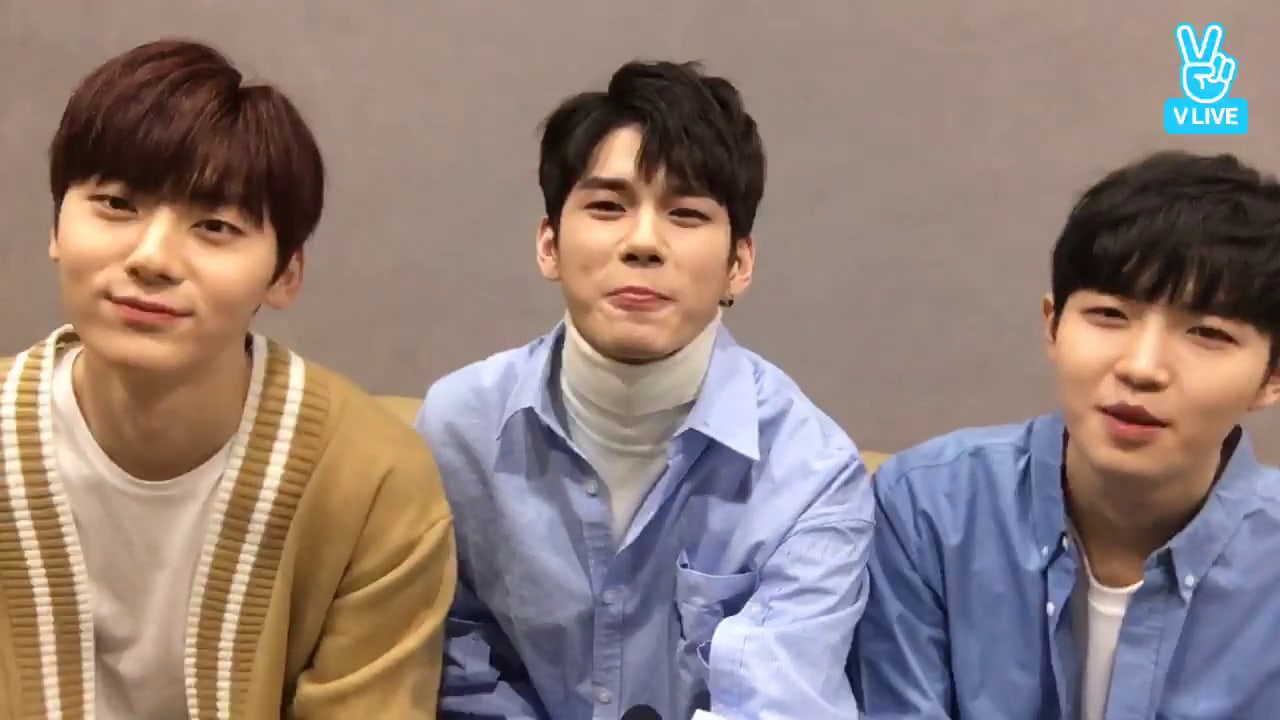 The episode of “Hello Counselor” featuring Wanna One members will air on March 19 at 11:10 p.m. KST, following the release of their new album at 6 p.m. KST.