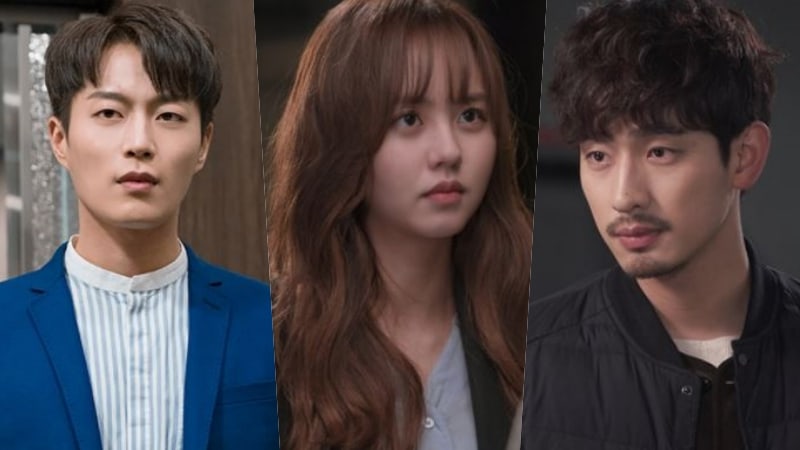 Though KBS’s “Radio Romance” depicts the story of top star Ji Soo Ho (played by Highlight’s Yoon Doojoon) and radio writer Song Geu Rim (played by Kim So Hyun) as a sweet romance, the drama has its fair share of serious moments. As different as their characters are, the three main leads of “Radio Romance” all have their own ways of protecting the things they love.

As he matched his pace to that of the person he loves, Ji Soo Ho slowly emerged from his perfectly scripted self into his flawed, yet real personality in the real world. This serious, yet quite straightforward guy who had no qualms about easily expressing his love, took full responsibility when he had something to protect. With the love of his life Song Geu Rim at the center of his world, he put his all into protecting her and her world, the radio program. When Nam Joo Ha (played by Oh Hyun Kyung) tried to make him quit and cancel the program, he threatened to leave the agency. Rather than following the instructions Nam Joo Ha had so carefully laid out for him all these years, he decided to fight and choose his own life. Proclaiming, “It’s because I haven’t done anything by myself that I got here,” Ji Soo Ho was able to save the radio team.

Truthful understanding from Kim So Hyun

Song Geu Rim is someone who is charming because of the warm way she views the world. As she so aptly stated, “Sincerity over strategies,” she protects things that are precious to her with her truthful understanding of the way the world works. For instance, when she first tried to cast Ji Soo Ho as the DJ for her program, she told him honestly, “We may not have the money or the fanfare, but a camera-less radio will be really good for you.” Even when dealing with Nam Joo Ha, who was working to cancel her program, she stated, “Ji Soo Ho is a precious being to both our radio team and to the listeners. He’s not just a being that makes money.” When Ji Soo Ho is afraid of working at 4 a.m., Song Geu Rim comforted him by saying, “I’m afraid of this time slot as well, but I want to be brave and believe in you. I know this is a lot to ask for, but I want to work with you. I can’t imagine another DJ.”

The sincerity behind the prickly Yoon Park

Yoon Park plays the iconic cold-on-the-outside but warm-on-the-inside character as Lee Kang. As a member of the radio department, he charges forward like a bulldozer in anything he does if it’s for the radio program. Nicknamed ‘roughneck,’ behind his prickly exterior and his brazen actions is his hidden sincerity. Although he thought highly of Song Geu Rim as a writer, rather than praise, he pushed her to do better with heated reprimands. His DJ is no exception, as he jabbed Ji Soo Ho with his strong words, when in reality he was thankful that he was becoming a real DJ. When the team dealt with the crisis that Nam Joo Ha presented, Lee Kang was unable to tell the truth to Ji Soo Ho. He clearly felt the responsibility of being the radio program’s producer and leader as he told Ji Soo Ho, “I didn’t want my DJ to get hurt.” Although at times it was difficult to see his sincerity behind is prickly exterior, it was always present.