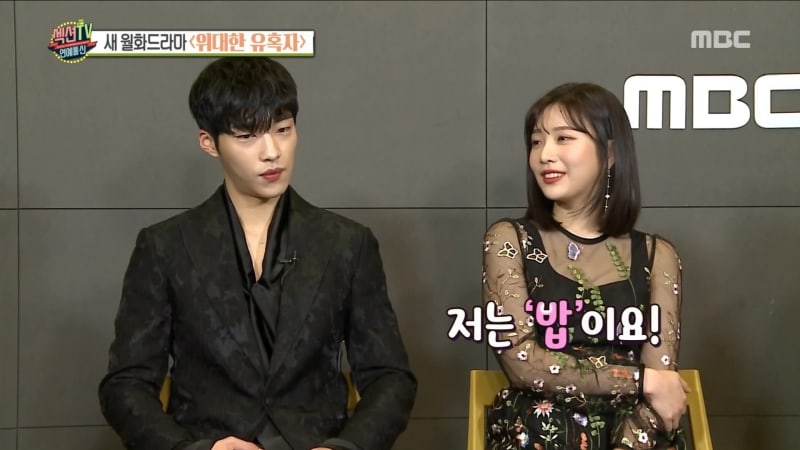 Red Velvet’s Joy and actor Woo Do Hwan showed off their sweet chemistry on the March 11 episode of “Section TV.”

The stars of MBC’s upcoming drama “Tempted” (Joy, Woo Do Hwan, Moon Ga Young, and Kim Min Jae) appeared on the latest episode of the show to introduce their characters and talk about what to look forward to in the drama.

During the interview, Woo Do Hwan praised Joy on her acting. “She suits her role, and she’s really good,” he said. “When you see the drama, you’ll understand why I have no choice but to fall for Eun Tae Hee [Joy’s character].”

When asked what she thought her charm was, Joy replied that it was the contrast between her looks and her personality. “When I’m expressionless, I look really cold. There are a lot of people who misread that, but I’m actually a nice person,” she said with a laugh.

Woo Do Hwan added, “I agree. There’s a huge difference between when she’s expressionless and when she’s smiling brightly. When this typically poker-faced girl suddenly gives you a big smile, that’s when your heart bursts.”

Joy mischievously responded, “So did your heart burst?” Woo Do Hwan then made everyone laugh by joking, “The drama would be over if it bursts, so right now it’s just bleeding.” 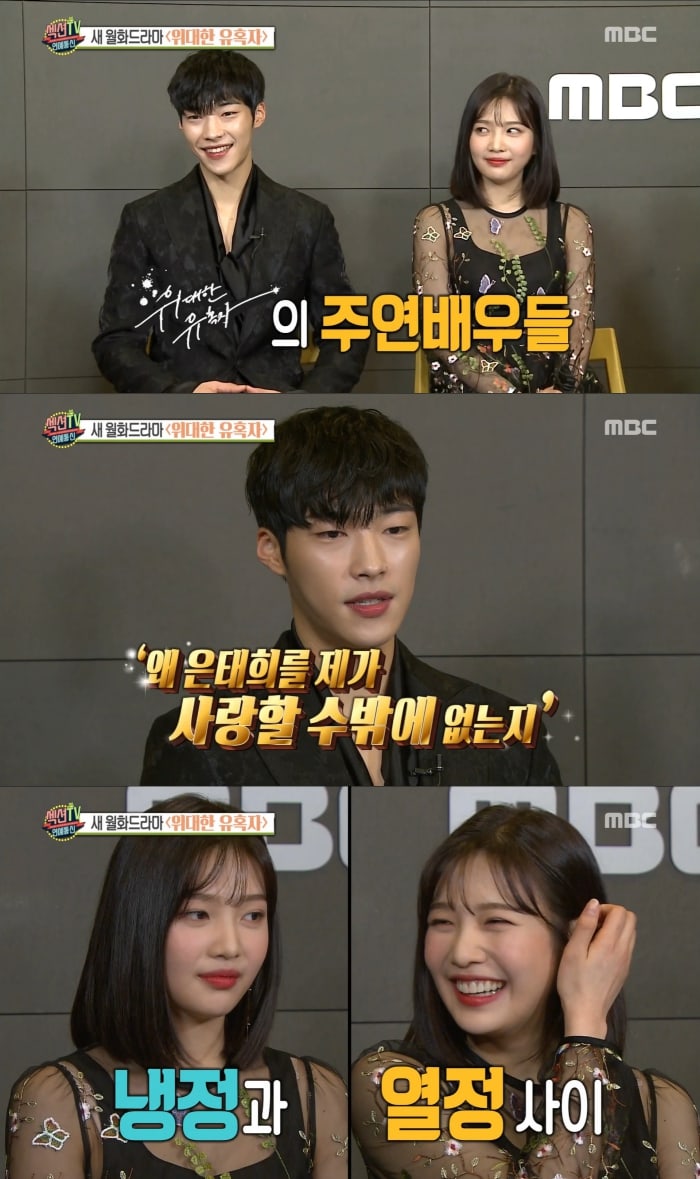 Woo Do Hwan also commented on his fit body, which was revealed in one of the drama’s trailers. “[Working out] has become a habit,” he said. “I started working out when I was 20, but I didn’t have the money to join a gym, so I just exercised with rocks in the mountains. There was a small mountain behind my house, so I went hiking and exercised there.”

“Tempted” premieres on March 12 at 10 p.m. KST. In the meantime, watch the trailer below!

Red Velvet
Joy
Section TV
Woo Do Hwan
Tempted
How does this article make you feel?