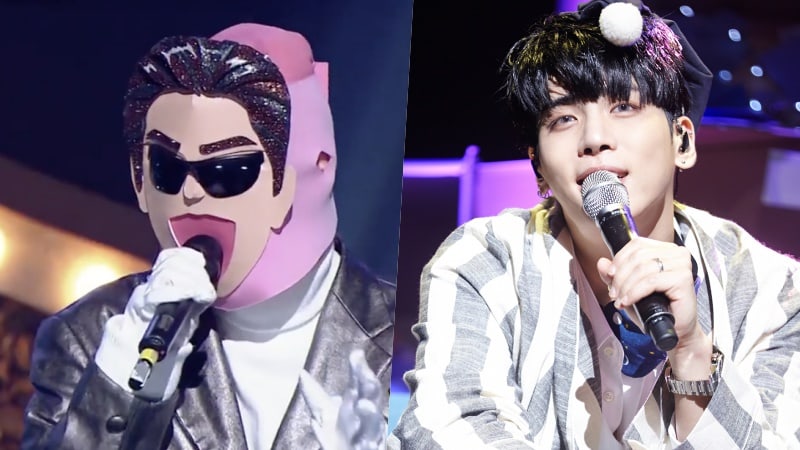 MBC’s “King of Masked Singer” revealed the identity of “Vocal chords that never shake, Matrix” to be a talented vocalist who dedicated her performance to her close friend, SHINee’s Jonghyun.

The episode of “King of Masked Singer” that aired on March 11 had four challengers battle it out to see who would battle against the reigning champion. In the third round, “Vocal chords that never shake, Matrix” performed Lee Juck’s “With You” while “Hit me as you pass, Drum man” sang Lim Jae Bum’s “Because of Love.”

Although both singers wowed, “Drum man” ended up moving on to the final round. “Matrix” took off her mask to reveal that it was none other than Dear Cloud’s Nine9. 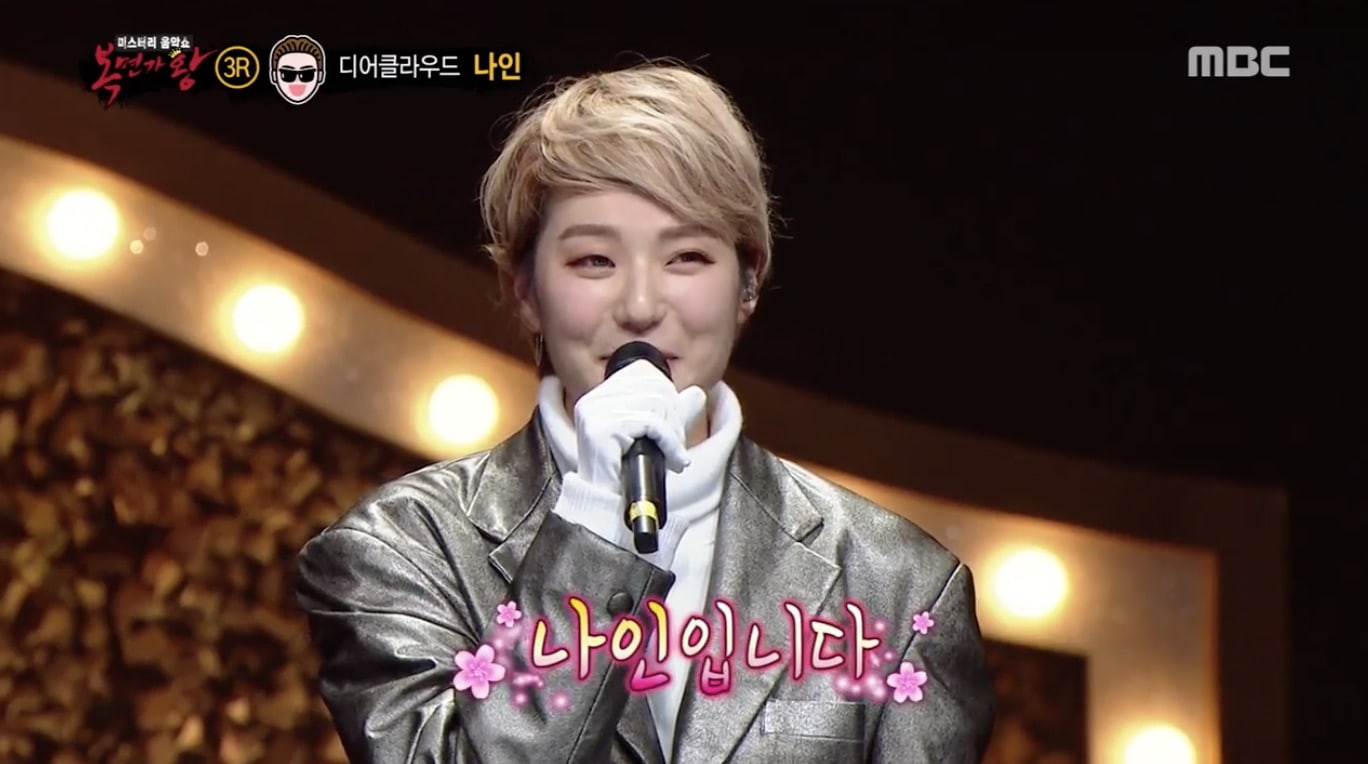 Throughout her appearance, the celebrity panel had been split on whether “Matrix” was a man or a woman, and Nine9 laughed as she said, “Because I have short hair, a lot of people get confused about my gender. I was curious to know what people would say from just hearing my voice from behind a mask,” and “I was moved by the praise I received that it sounded like my voice and heart had become one. It made me think that I made the right choice to start singing.”

Nine9 also revealed that she had a special reason for appearing on the show. She stated, “Last year, a friend I loved dearly left this world.” Nine9 and SHINee’s Jonghyun were close friends, and she was the person Jonghyun had trusted with his final letter. Nine9 continued to state, “After that happened, my life felt meaningless and I still haven’t returned to my regular life,” and “I really needed to stand on stage because I have never felt more alive than when I am singing.”

She concluded with, “I was happy to have been able to express myself through music with just my voice because this show requires me to wear a mask.” Nine9 shed tears as the panel shared comforting words with her. 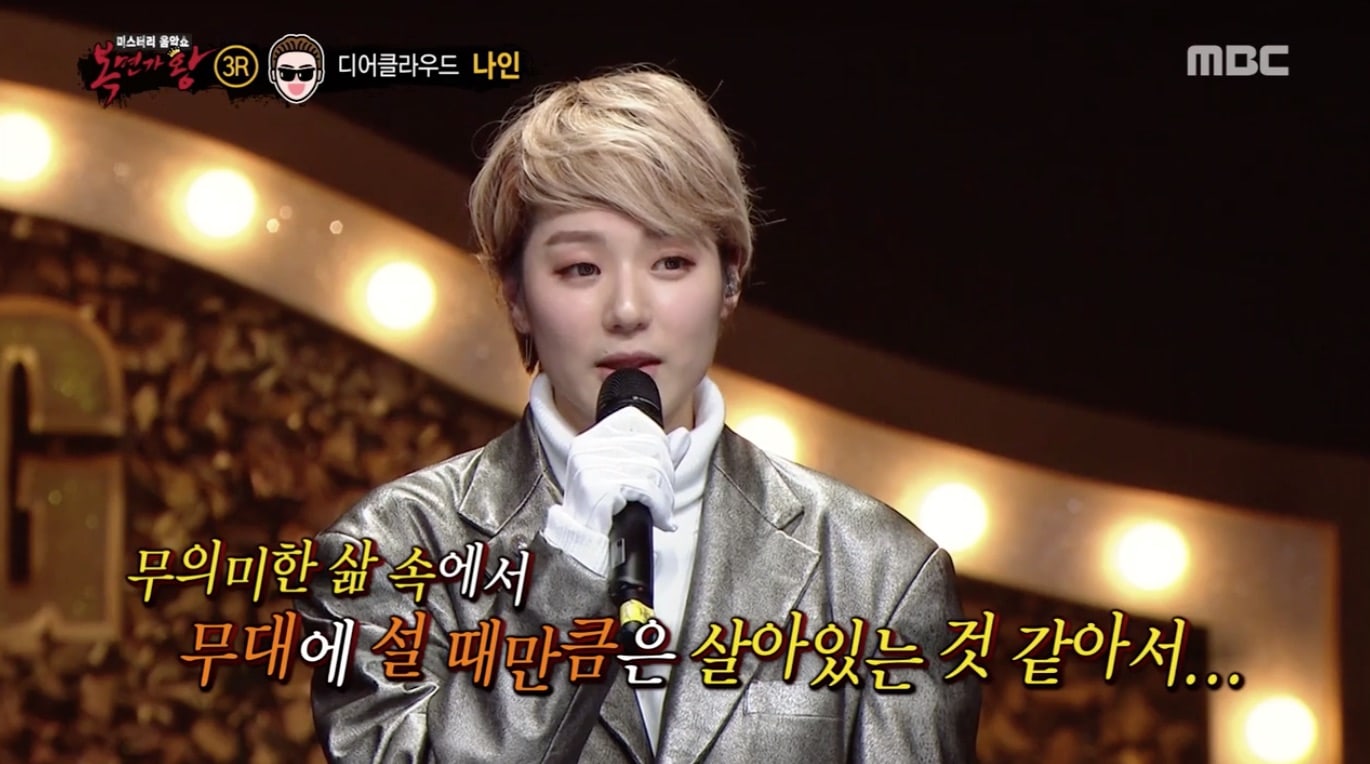 In her final interview, Nine9 said, “That friend used to ask me to sing his songs wherever I went,” and “I haven’t been able to do that yet because I don’t think I have the courage to. But when the day comes when I can stand on stage and sing his songs, I think I’ll finally be able to send him off properly.”

Watch Nine9’s performance in the latest episode of “King of Masked Singer” below!

SHINee
Jonghyun (SHINee)
Dear Cloud
Nine9
The King of Mask Singer
How does this article make you feel?