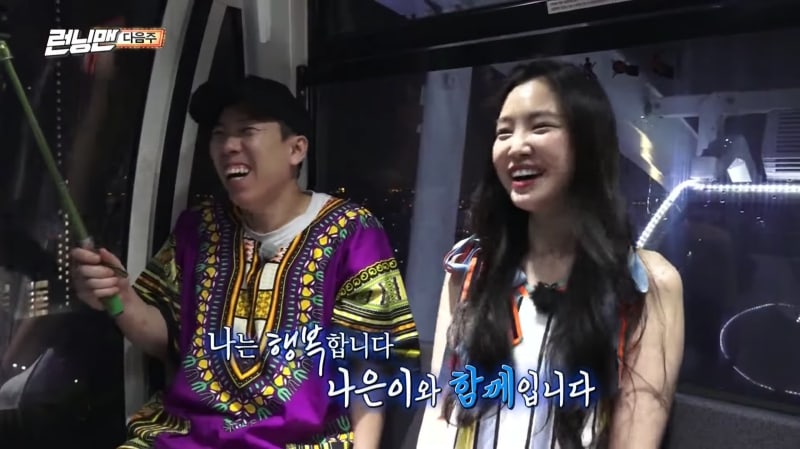 Yang Se Chan was all smiles on the latest episode of SBS’s “Running Man.”

During the March 11 episode, Kim Jong Kook, Yang Se Chan, Yoo Byung Jae, and Mighty Mouth’s Shorry went to Thailand. On the bus, Kim Jong Kook told the other members that Apink’s Son Naeun was also in Thailand on a family vacation.

Yang Se Chan, who was previously Son Naeun’s partner twice on the show, couldn’t hide his smile upon hearing the news. Saying that it sounded too good to be true, he even momentarily suspected the staff of pranking him.

However, the staff joked that he wasn’t important enough for them to pull a hidden camera prank on him and reassured him that this was real.

Kim Jong Kook was able to get ahold of Son Naeun on the phone, and she confirmed that she was indeed in Thailand vacationing with her family.

Kim Jong Kook told her that Yang Se Chan thought of this coincidence as fate. She made everyone laugh by replying doubtfully, “Oh, is it?” Kim Jong Kook then asked her if she could meet up with them at the night market, and she happily agreed to the offer. 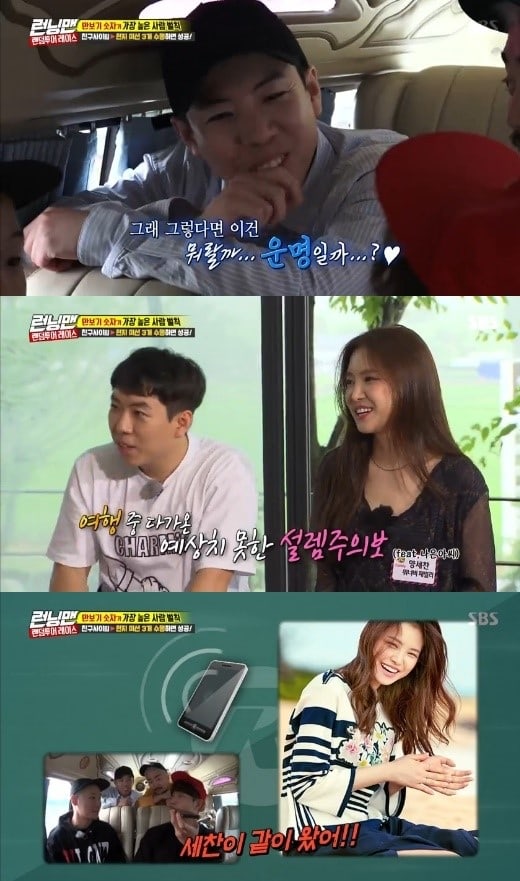 The preview for next week’s episode shows Yang Se Chan finally reunited with Son Naeun on a ferris wheel. He says, “I can fail [at this mission]. I’m happy. I want to stay in Bangkok for another day.”

While he may have been enjoying a blissful time, the clip previews a difficult journey ahead for the other members. It also goes on to announce that four hidden guests will join the members for a “new project.”

“Running Man” airs on Sundays at 4:50 p.m. KST. Watch the clip of the members speaking with Son Naeun on the phone and next week’s preview below!

Check out the latest episode of “Running Man” now!