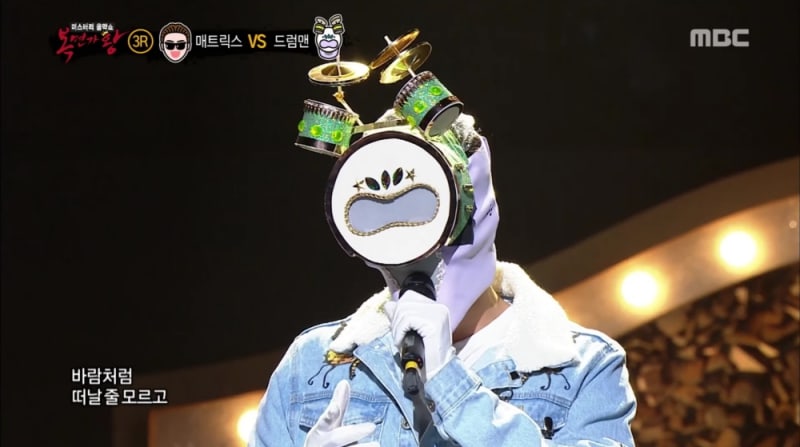 The identity of “Drum Man” was finally revealed on the March 11 episode of MBC’s “King of Masked Singer.”

On the latest episode of the singing competition, “Drum Man” competed against “Terius” in the second round with a performance of BIGBANG’s “Lies.” The audience and panelists, who were surprised by the song choice, grooved along to the music throughout his performance. After receiving more votes than “Terius,” “Drum Man” moved on to the third round against “Invincible East.”

For his third round performance, “Drum Man” sang Lim Jae Bum’s “Because of Love” and moved the audience with the sweet ballad. However, he was forced to take off his mask after he was unable to beat “Invincible East,” who received over 70 votes.

“Drum Man” was revealed to be 2AM’s Changmin. When he took off his mask, everyone applauded and cheered at seeing the singer for the first time in a while. 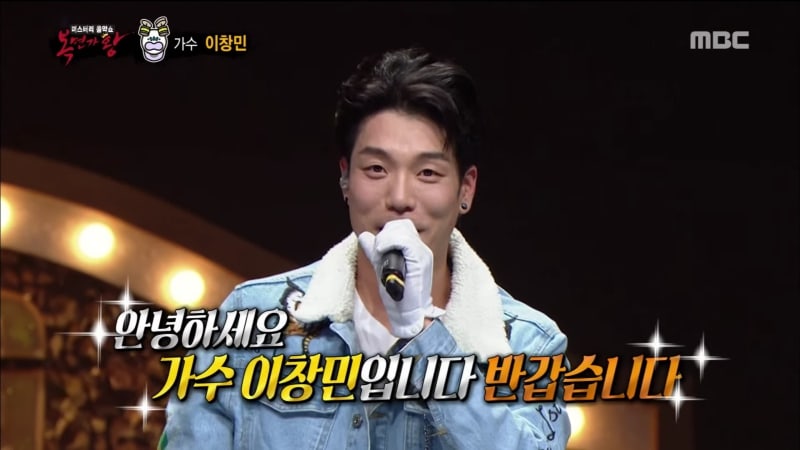 Changmin greeted the viewers and was interviewed by the MC, who mentioned that the singer had previously appeared on the show three years ago on the third episode.

Although he had appeared on the show before, Changmin said it felt like he was appearing on a brand-new program. He explained, “At the time, because I was focused on winning, I didn’t put a lot of thought into the performance. But this time, I thought about how to create the performance in order to show you more of who I am as a singer.”

When the MC asked him if it was true that his only interests were singing and working out, Changmin denied it at first and said, “I also like to drink beer and…” However, when he couldn’t think of anything else, he ended up having to agree with the MC, making everyone laugh.

Changmin also updated fans on what he’s been up to recently, sharing that he was working hard on composing lyrics and writing music.

He remarked after the show, “I was so nervous. I knew everyone who was sitting on the celebrity panel. This was the most nervous I have been recently, but it made me feel alive.”

After the episode aired, Changmin uploaded a video of him practicing the choreography to Sunmi’s “Full Moon” and wrote, “I wanted to upload this so much… Sorry about terrorizing your eyes… I almost died from wanting to speak so badly.”

Watch Changmin perform and reveal his identity in the clips below!

Check out the latest episode of “King of Masked Singer” now!

2AM
Changmin (2AM)
The King of Mask Singer
How does this article make you feel?