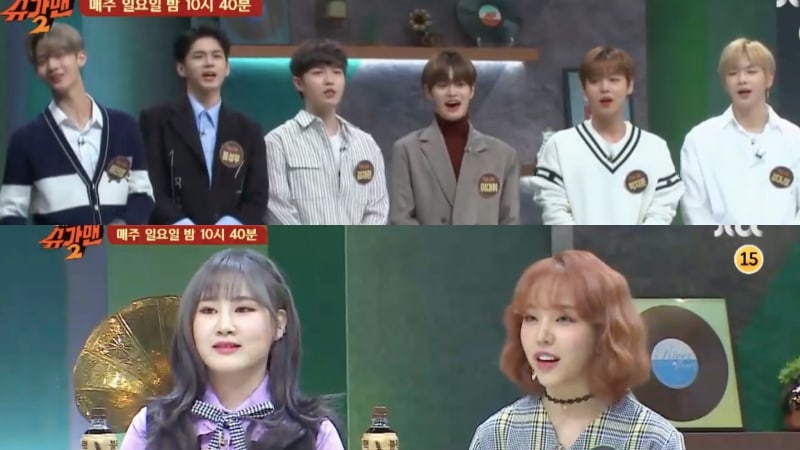 Watch: Wanna One Faces Off Against Park Jimin And Baek A Yeon In “Sugar Man 2” Preview

JTBC’s “Sugar Man 2” has released a sneak peek of its upcoming episode!

On the next episode of the music variety program, all eleven members of Wanna One will be competing against 15&’s Park Jimin and Baek A Yeon, with both teams performing brand-new rearrangements of classic hit songs.

In the preview, the female members of the audience go wild when Red Velvet’s Joy excitedly announces, “Finally! Finally, [Wanna One] has come to ‘Sugar Man.'”

Kang Daniel promises, “We’ve prepared an extremely cool performance as a full group,” while Park Jimin declares that she and Baek A Yeon will give the audience goosebumps with their performance.

In the meantime, check out the preview of next week’s performances below!

Wanna One
Jamie
15&amp;
Baek A Yeon
Sugar Man 2
How does this article make you feel?