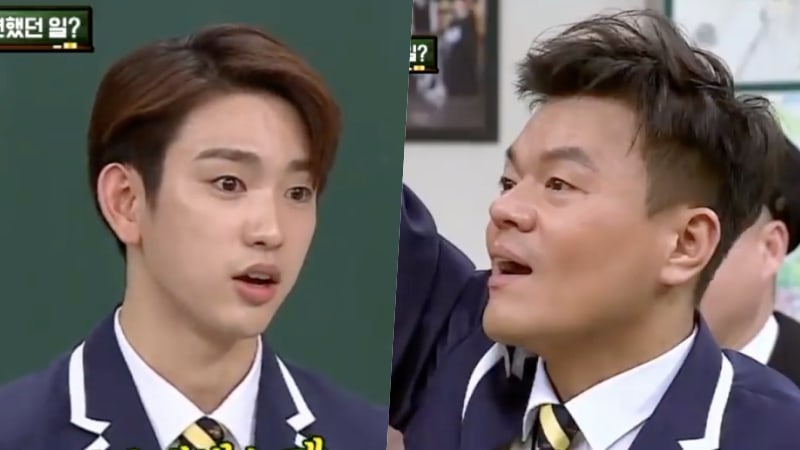 On the March 10 episode of JTBC’s “Ask Us Anything,” Jinyoung asked the cast members to guess what was hardest about having the same given name as his producer.

Super Junior’s Kim Heechul initially guessed that Park Jin Young had said to him, “Don’t besmirch my name.” Jinyoung replied, “He did say something like that to me, but that’s not the answer.” 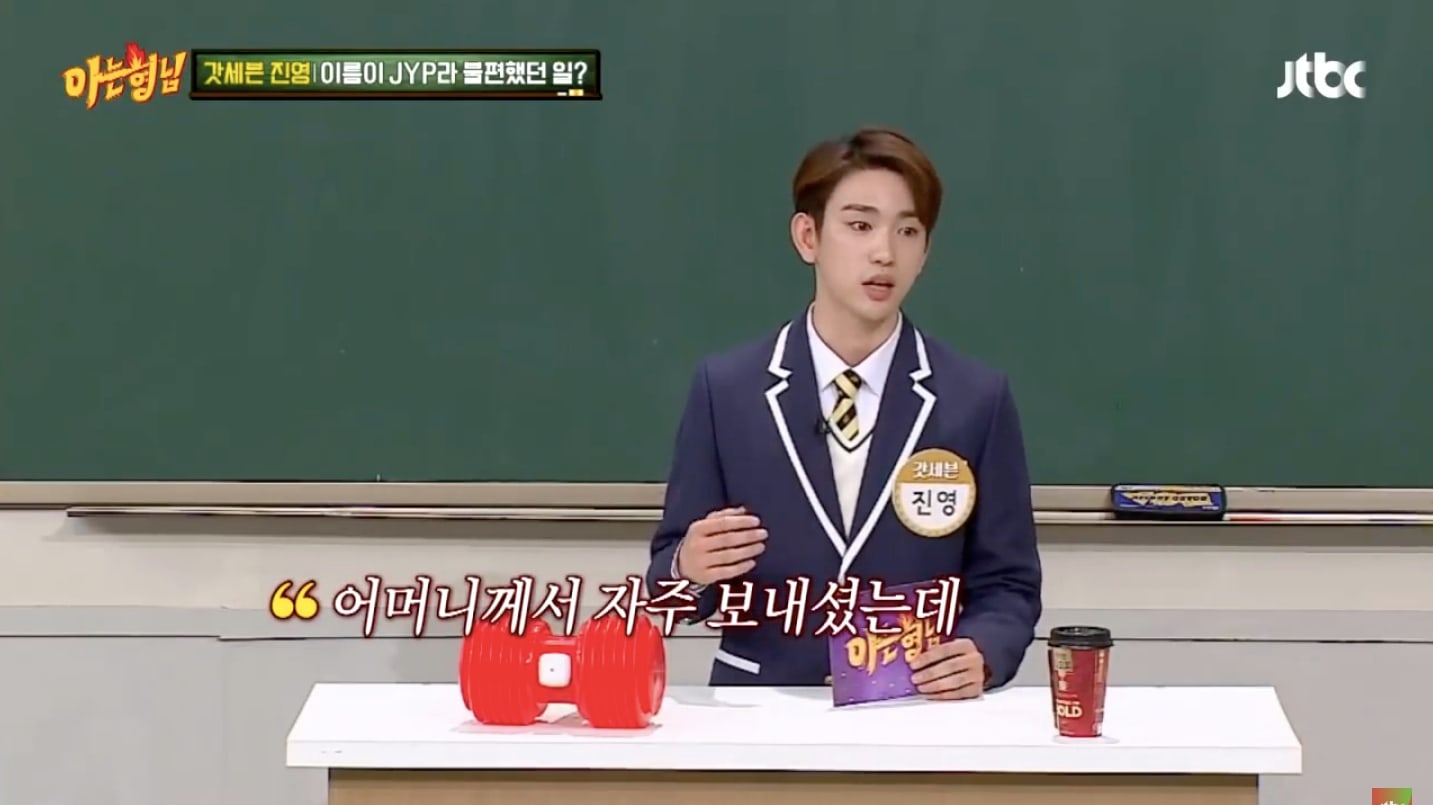 After some sleuthing, the cast eventually arrived at the correct answer: Jinyoung’s parents had often sent him homemade kimchi during his trainee days, but the company had sometimes delivered the packages to the other Park Jin Young instead of him.

“My mom used to send me kimchi on a regular basis, but it kept disappearing,” he recalled. “To be honest, there were about three times when I didn’t receive it.”

He went on to explain, “I found out later that there was a special storage area for deliveries to Park Jin Young. So from then on, my mom would send her packages to ‘trainee Park Jin Young.'” 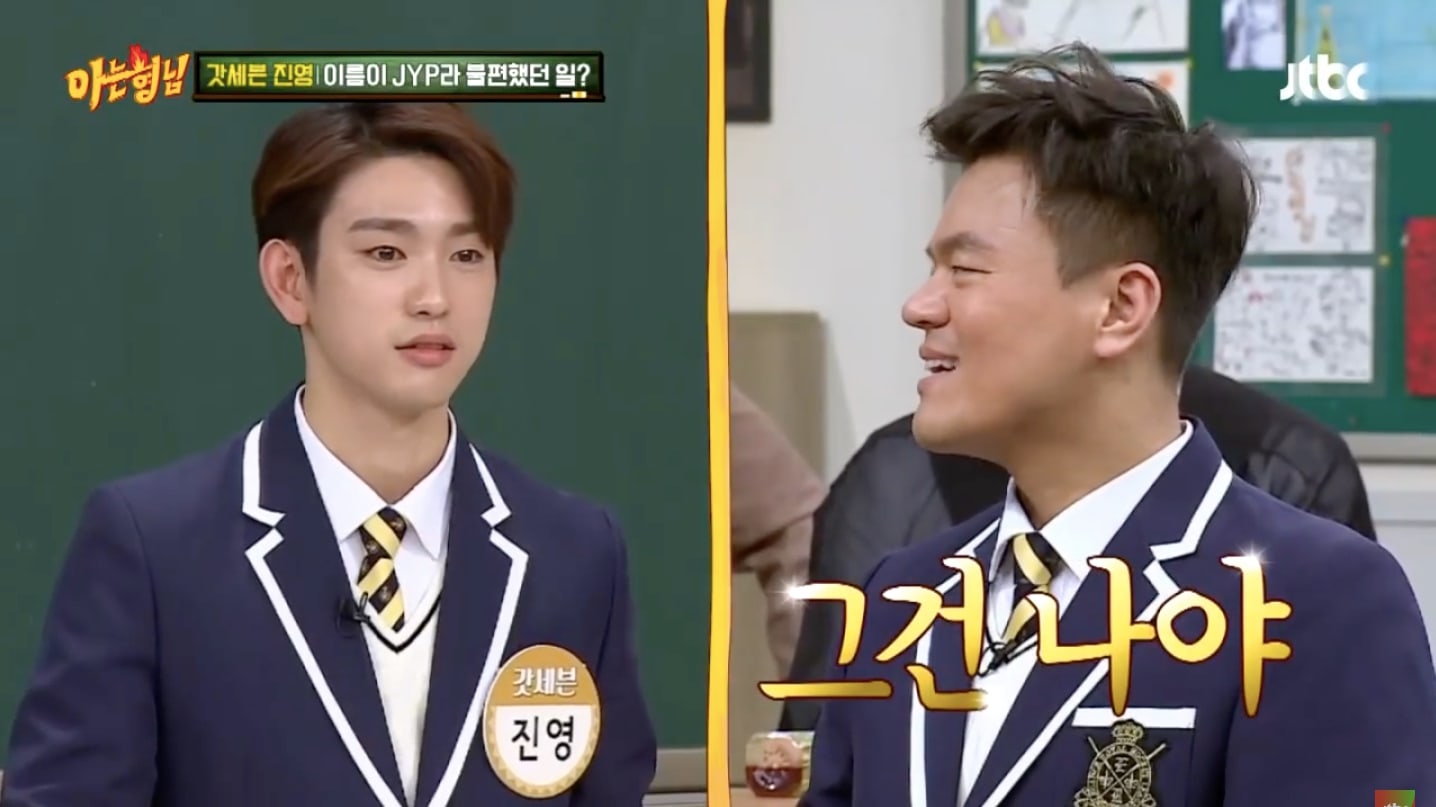 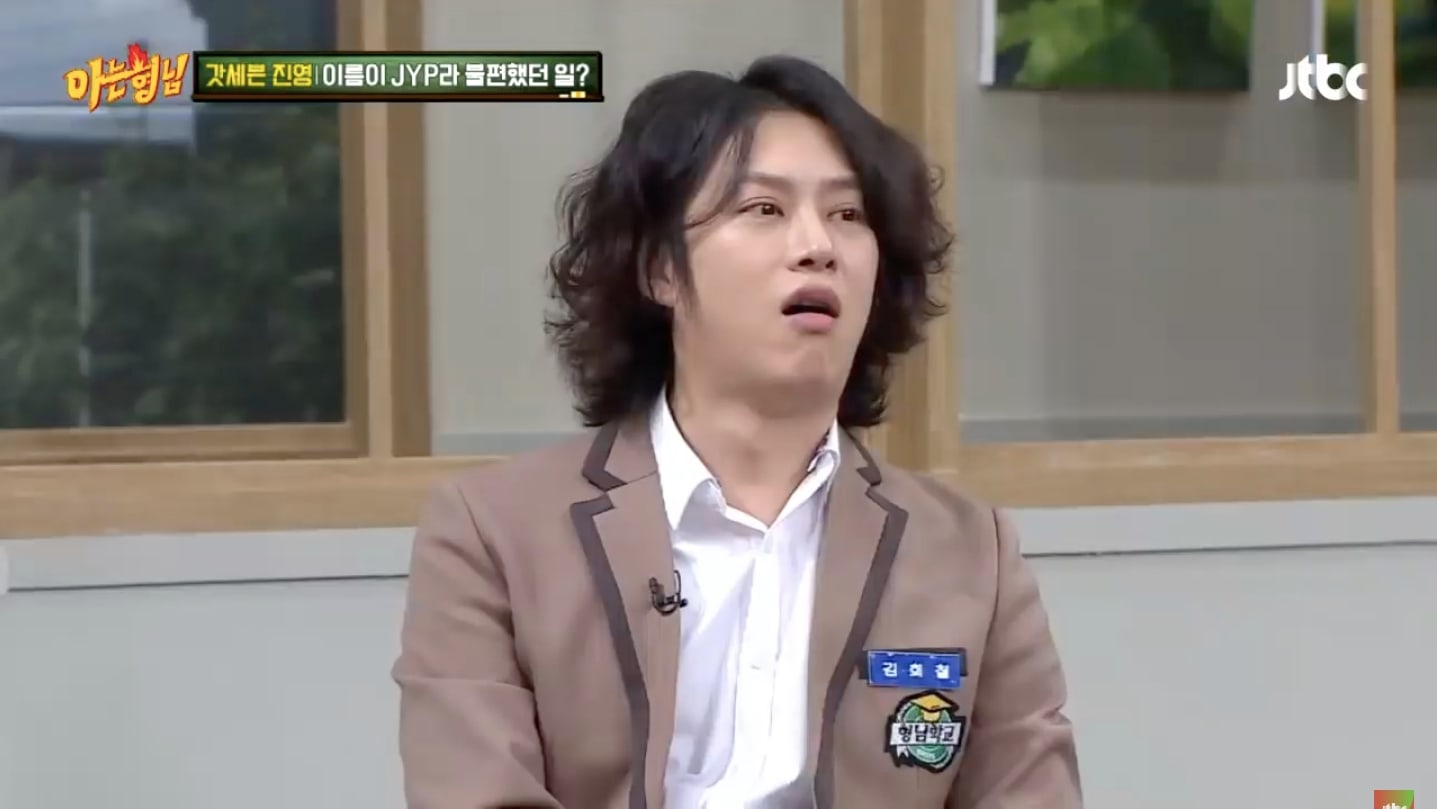 At the urging of the “Ask Us Anything” cast, Jinyoung then confronted Park Jin Young directly, asking, “Did you ever receive any kimchi?” However, the dazed Park Jin Young responded blankly, “I don’t know.” 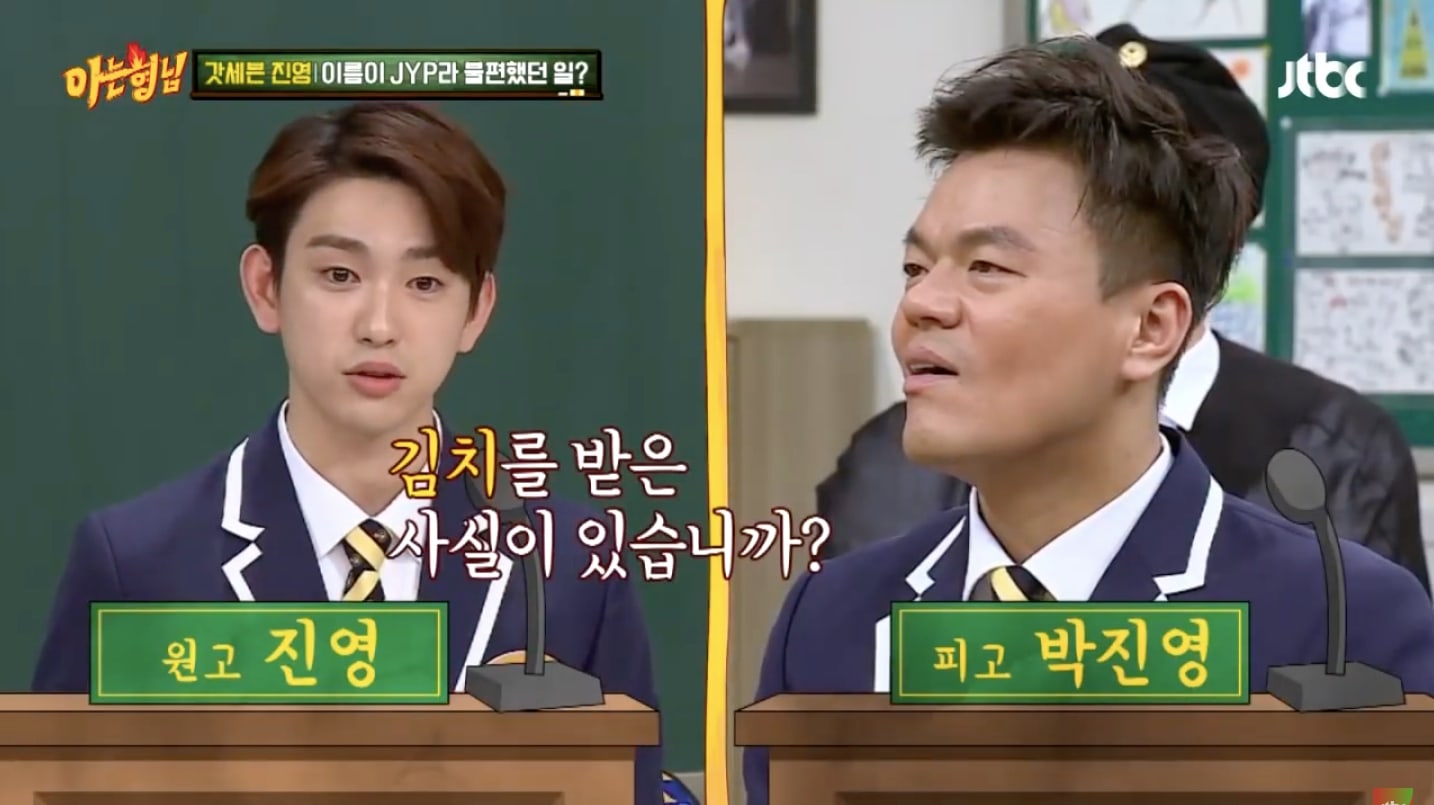 It appears as though the case of the missing kimchi may never be solved.

GOT7 will be releasing its new mini album “Eyes on You,” featuring the title track “Look,” on March 12 at 6 p.m. KST.

GOT7
Knowing Bros
Park Jin Young
Kim Heechul
Jinyoung (GOT7)
How does this article make you feel?