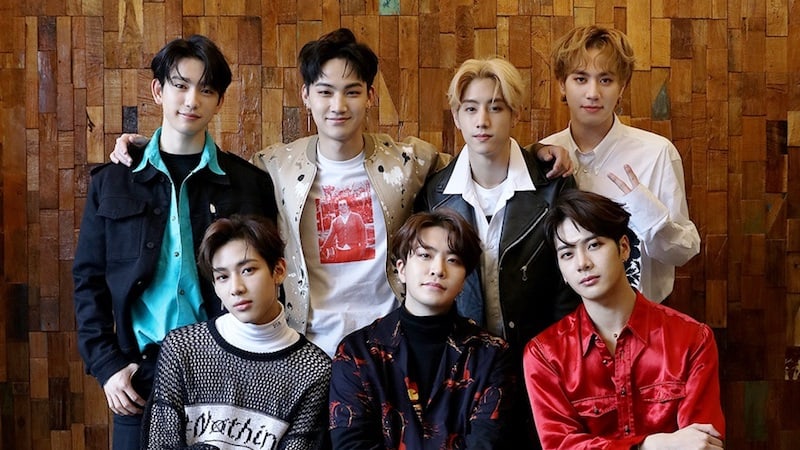 GOT7 Talks About New Album And Goals For Upcoming Comeback

Ahead of their upcoming album “Eyes on You,” GOT7 recently held a round of press interviews.

JB shared, “We are now in our fifth year since debut, so we prepared a more mature and sincere album.”

On their title track, JB explained, “It is a song I wrote. All the members wrote tracks and sent them to our company, and it was narrowed down to three songs through voting. My song ‘Look’ became the title track through another round of voting. ‘Look’ is about not being affected by the words of others and expressing love as your heart desires. It is about being honest with your feelings of liking someone.”

Several other members also participated in writing tracks for the album.

About his track “Reason,” BamBam commented, “I gained confidence as my track ‘Remember You’ on the previous album received lots of love, and this time I wrote a different type of song, but the reactions were good. People seem to like it, so I think fans will, too.”

Yugyeom wrote “Us” (literal translation), which he composed as an extension of “To Me” from their previous album. He revealed, “I wrote what I want to say to fans, and it includes lyrics about holding hands together no matter what happens.”

GOT7 revealed that they hope to take first place on charts and music shows with their comeback.

Youngjae also commented, “We want to be known as a group with good talents. We want to show how much our skills have improved through our performances.”

BamBam added, “We have a bright concept for the first time in awhile. We hope you will enjoy with your eyes and ears,” and JB said, “We hope to show GOT7’s definite colors through these promotions.”

Jackson continued, “We hope more people will know GOT7 and that we will have more fans who like GOT7’s music. People get older, but the music doesn’t change.”

Jinyoung concluded, “I hope we can promote comfortably without burden. We had lots of thoughts while making the album, so once we release the album, I want us to promote with our minds at ease. As we promote freely, I hope the comfortable atmosphere will be transferred to fans so that they can enjoy our music and stages without burden. I want March to become a good memory.”