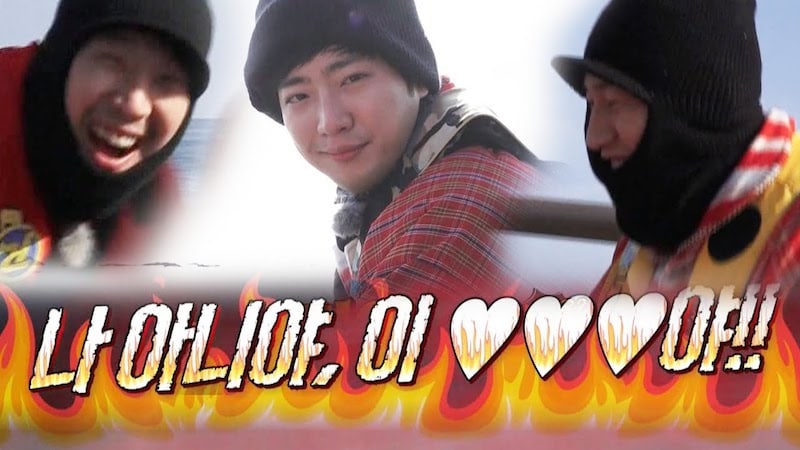 According to Nielsen Korea, the March 11 episode SBS’s “Running Man” achieved 4.6 percent and 7.0 percent for the first and second half respectively. For audiences in their 20s to 40s, widely considered the target audience for many broadcasting stations, the variety show achieved 9.3 percent. This was higher than any other program airing in the same time slot, including KBS’s “Happy Sunday” which achieved 4.6 percent and MBC’s “King of Masked Singer” which achieved 3.5 percent viewership ratings respectively.

Yoo Jae Suk‘s team’s mission was to find a local who would recommend a local food and restaurant to eat at, and have it match the food they chose in the beginning of the race, which was steak. If the food did not match, the team had to eat the recommended food at the restaurant anyways. Unfortunately, the team had had four meals before they arrived in Okinawa which was before their race even started, and the locals recommended to them soba and ramen. After six meals the first day, the group decided they couldn’t eat any more and agreed to continue the mission the next day. However, the next day the locals continued to recommend soba and ramen, hilariously yet completely coincidentally recommending them some of the same restaurants from the day before. Yoo Jae Suk complained, “I haven’t even fully digested the soba from yesterday,” and joked, “Are we becoming the honorary ambassadors of this street?” 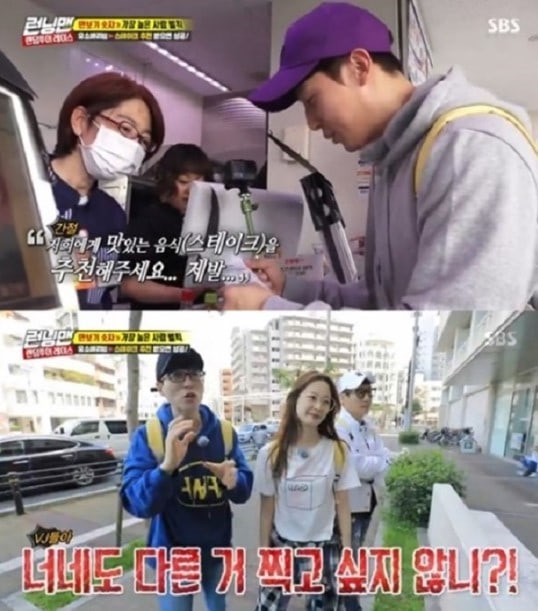 Kim Jong Kook‘s team who headed off to Thailand, had a series of missions. The first was to beat an elephant in a painting contest. On the way to the zoo, they encountered a tiger and Kim Jong Kook took a quick photo it. However, the entire team lost to the elephant in the painting contest, and were punished with an addition 1,000 steps to their pedometers, which team member Shorry took on. 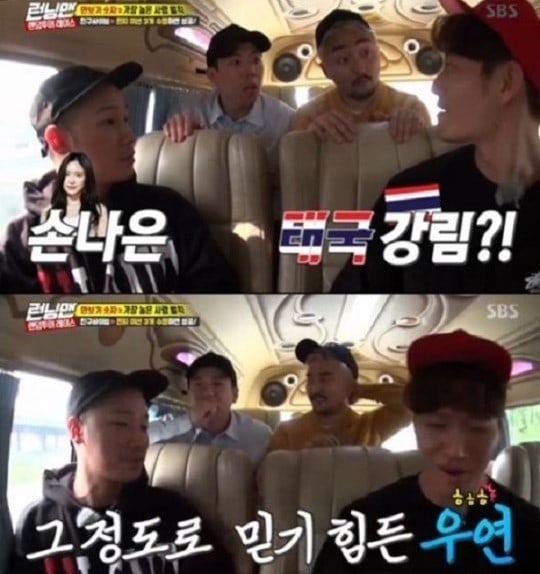 HaHa‘s team in Daema island was given the mission of catching all the various types of fish they had eaten earlier. The team headed to where they were staying for the night, where the fierce competition to increase each other’s pedometer count began again. In the previous episode, Lee Sang Yeob’s chemistry with the team, and Lee Kwang Soo in particular had been quite popular, as the two had fought over each other’s pedometers increasing their count considerably. The actor did not disappoint, as he eagerly participated in the second part of the team’s pedometer war.

The next day, when catching fish for their mission, Lee Sang Yeob showed that he had learnt a trick or two from his cohorts as he stole HaHa’s pedometer. He continuously shook the pedometer for quite a while, even shaking it right in front of HaHa without arousing suspicion. When HaHa realized that his pedometer was missing, he naturally suspected Lee Kwang Soo and the two started bickering. Lee Sang Yeob calmly and innocently asked them why they were fighting, while slipping the pedometer into Lee Kwang Soo’s pocket, enacting his revenge. HaHa discovered the pedometer on Lee Kwang Soo, who in disbelief even questioned himself, saying, “Did I steal it without realizing?” This scene was the episode’s highest watched minute and achieved a peak viewership rating of 9.3 percent. 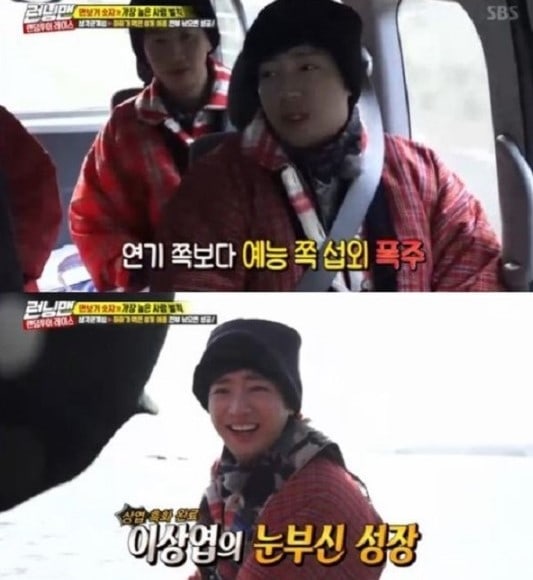 Running Man
Lee Sang Yeob
How does this article make you feel?