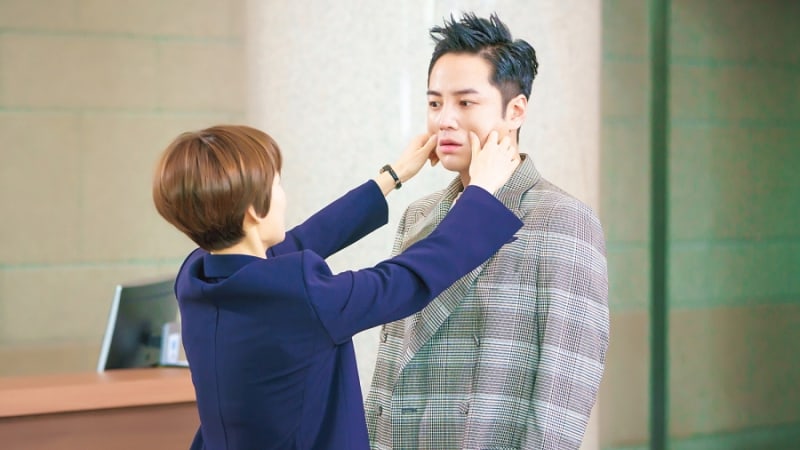 In the drama, Jang Geun Suk plays the role of Sa Do Chan, a genius swindler who has failed to become a prosecutor. Han Ye Ri plays Oh Ha Ra, an enthusiastic prosecutor of strong character. 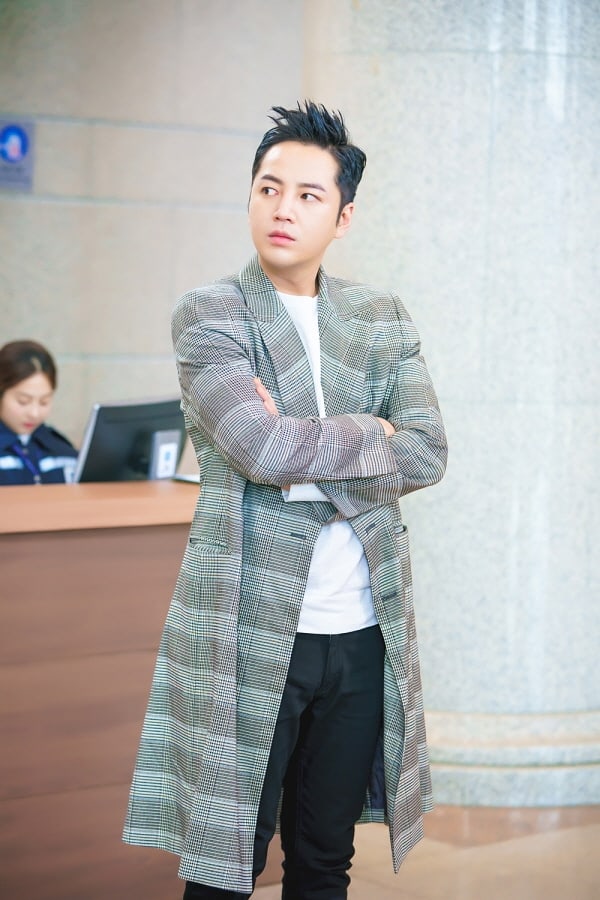 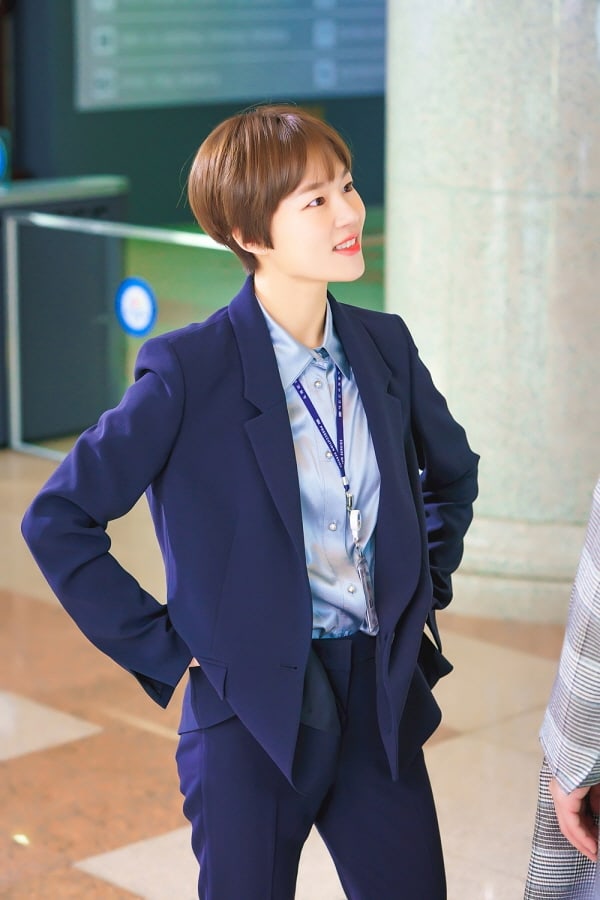 The released still shows Sa Do Chan and Oh Ha Ra running into each other at the entrance of the Public Prosecutors’ Office. Both are surprised to see one another with Sa Do Chan especially looking taken aback. Oh Ha Ra steps up and pinches Sa Do Chan’s cheeks playfully, raising the question of what their relationship exactly is. 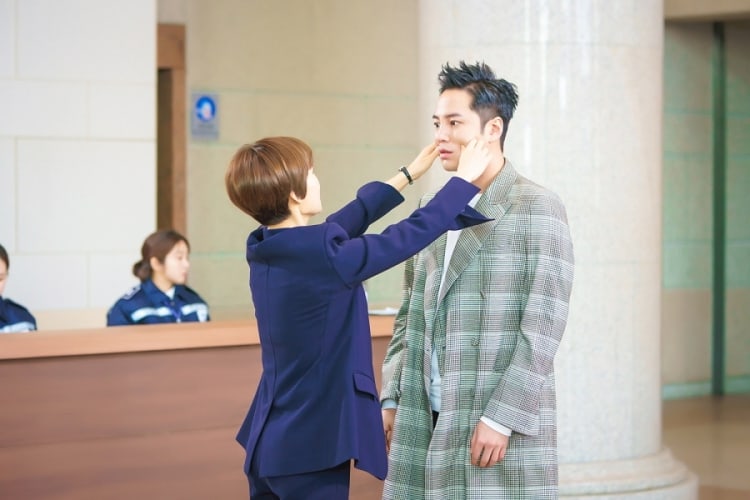 One still shows the two looking in the same direction as Sa Do Chan points to something and shouts. 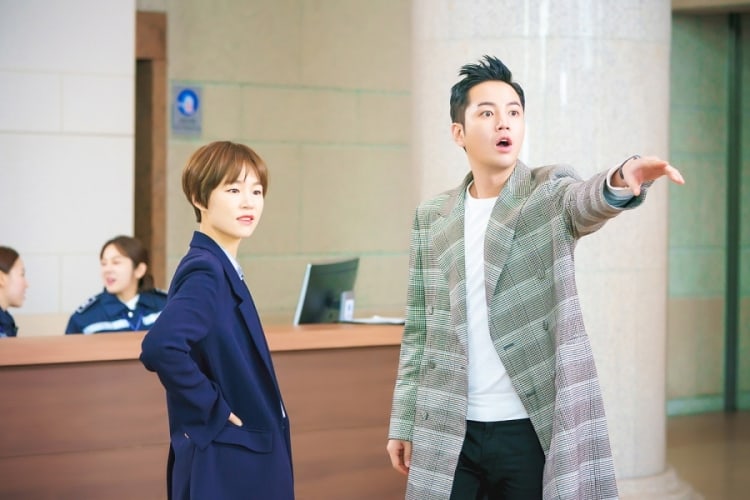 The scene was filmed on February 24 and was the first scene where the actor and the actress worked together. After the script reading, Jang Geun Suk and Han Ye Ri came to the set with bright smiles and made small talk with the production staff, working to ease the tension before their shoot together.

Not only did the two try various gestures and poses during the rehearsal, they also discussed the scene in depth with the director. When the cameras began rolling, the actors added energy to the set by putting in ad-libs and risking impromptu acts.

The production staff shared, “We looked forward to the two actors’ collaboration since casting them, but they’re even more perfect when you see them in person.” They added that they were putting in full efforts to follow in the footsteps of the drama “Return.”