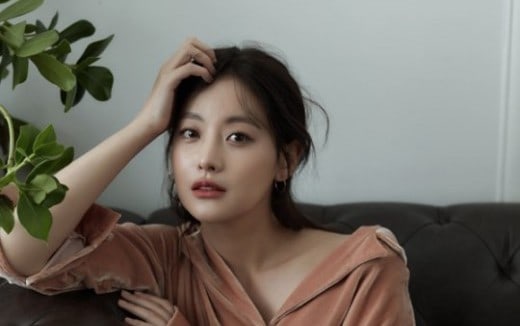 On March 12, actress Oh Yeon Seo sat down for an interview to promote her upcoming film “Cheese in the Trap.”

In the interview she shared that she had gotten a vicarious satisfaction through living Hong Seol’s love story in the movie. “While filming with Park Hae Jin, we would shoot scenes walking through campus and going on dates. I was happy to experience those things through my character. Since the time we were filming overlapped with the actual school year, I would feel my own heart flutter whenever I saw campus couples. They looked so young and happy.”

Oh Yeon Seo also talked about the specific love line in “Cheese in the Trap.” “In dramas or movies, love happens quickly and they move to skin-to-skin contact right away,” she said. “But in our movie, things progress slowly and they don’t even hold hands. I thought it was refreshing to have to wonder, ‘When will they touch?’ I think that’s one of the strengths of our movie.”

Based on the webtoon of the same name, which also got a drama adaptation starring Park Hae Jin in 2016, “Cheese in the Trap” tells the story of a perfect but mysterious college student named Yoo Jung and a hardworking but down-on-her-luck student named Hong Seol. The film premieres in South Korean theaters on March 14.

Oh Yeon Seo
Cheese in the Trap (film)
How does this article make you feel?