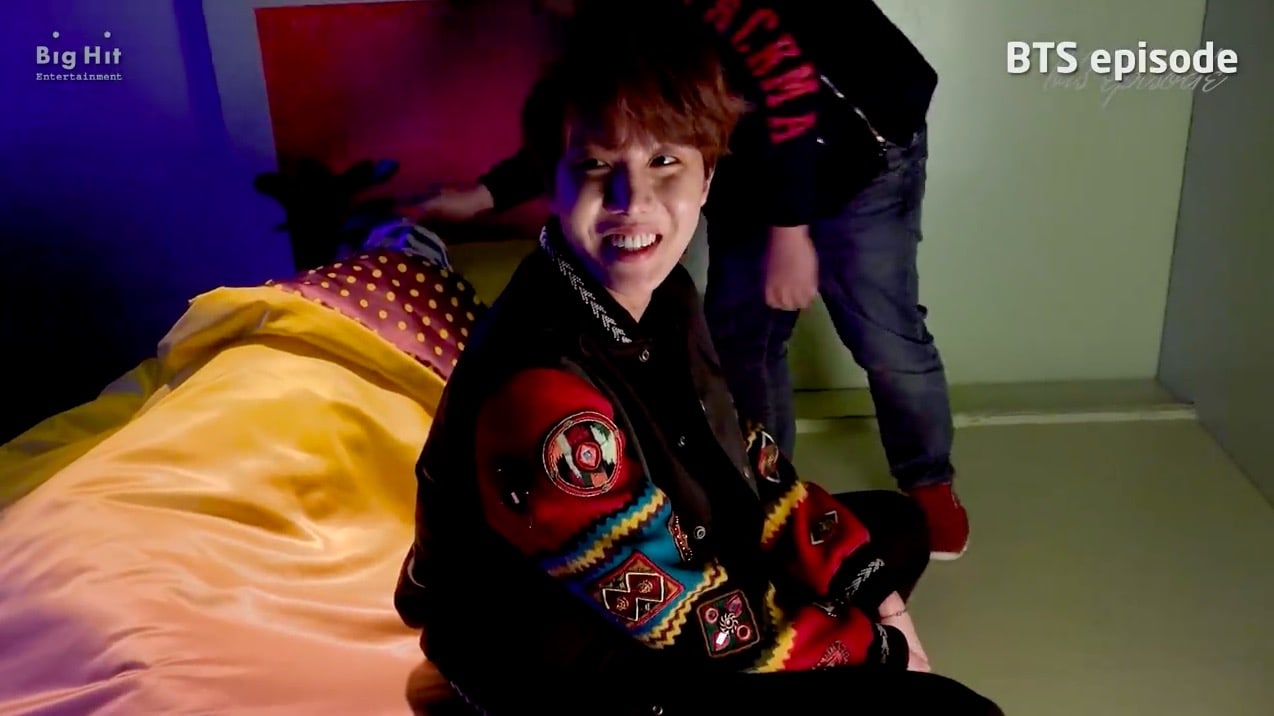 Watch: BTS Reveals Which Member Made A Special Cameo In J-Hope’s “Daydream” MV

BTS has shown which member made a spontaneous and hidden cameo in J-Hope’s “Daydream” MV!

After the release of J-Hope’s mixtape and music video for “Daydream” on March 2, J-Hope announced in a broadcast on Naver’s V Live that there was a hidden member in his new MV and suggested that fans try to find him. Of course, ARMY took on the mission and shared many theories about who it was and in what scene they made their special appearance!

A new behind-the-scenes video from the “Daydream” MV filming was posted by BTS on March 12, and it reveals the hidden cameo in the music video. It also shows all his fellow members thrilling him by coming to the set to cheer him on!

RM and Jin were the first two members to visit the set to support him, with Jin even following him around with a camera and the pair being really impressed by his performance during the shoot. After they left, V and Suga were the next members to arrive, with V coming first with his dog Yeontan.

While V and Suga were there during the filming, an extra was getting ready to get in bed to pretend to be J-Hope for one of the scenes. When Suga joked that he should do it instead, J-Hope got excited about the idea of a cameo.

Suga suggested that V do it since Suga’s hair was blond, and J-Hope said to V, “Do a cameo! Please do it for me, for real!”

V laughed as he put on J-Hope’s hat and climbed in bed, and Jungkook also showed up just in time to watch the scene being filmed.

When V grabbed a camera to happily film himself during the shoot, J-Hope said to the fans, “V is doing a cameo. You’re going to be surprised!” J-Hope was sure to show lots of love and gratitude to V for making the cameo. 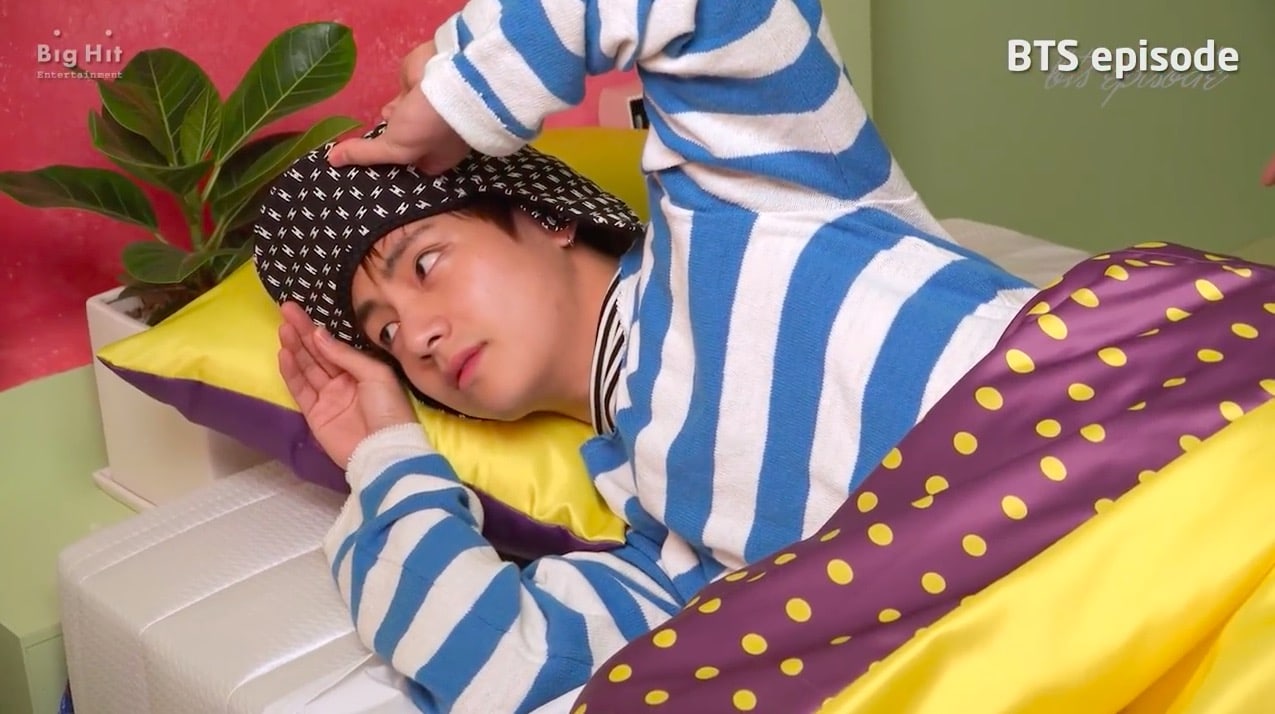 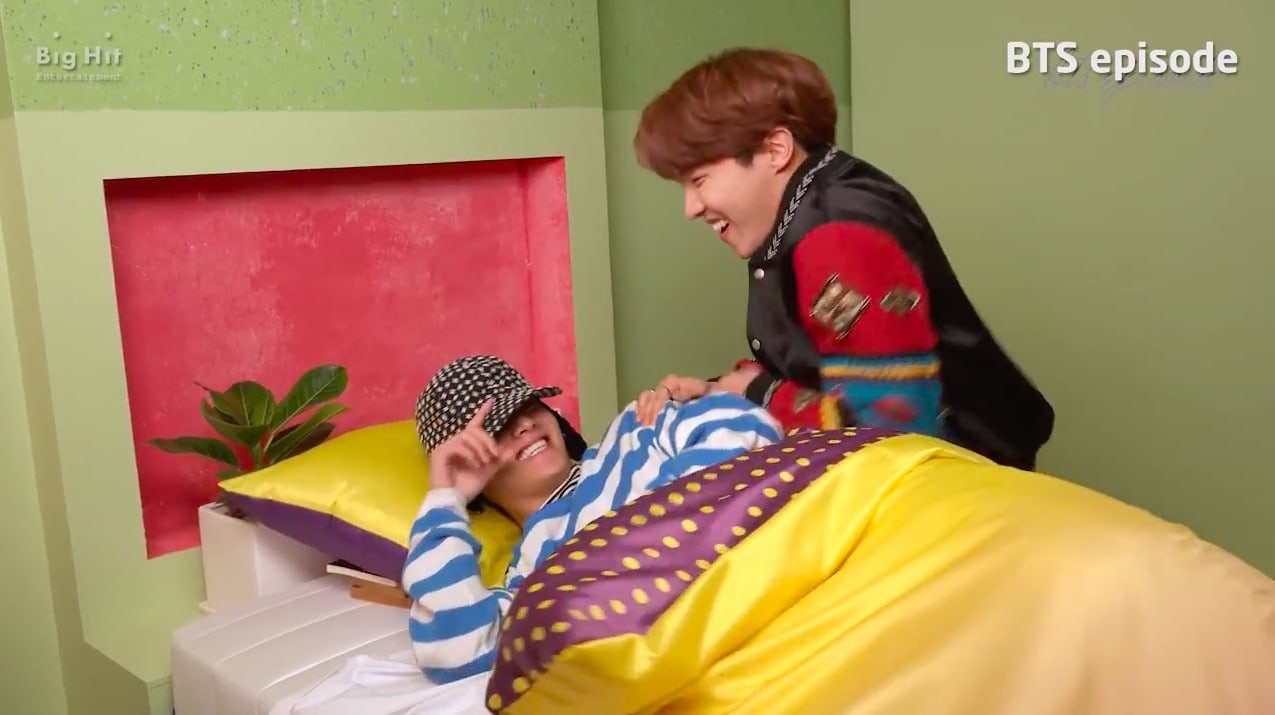 Jungkook also stayed to take photos during the filming, before Jimin appeared and touched J-Hope by giving him a birthday present!

Watch the fun behind-the-scenes video below.