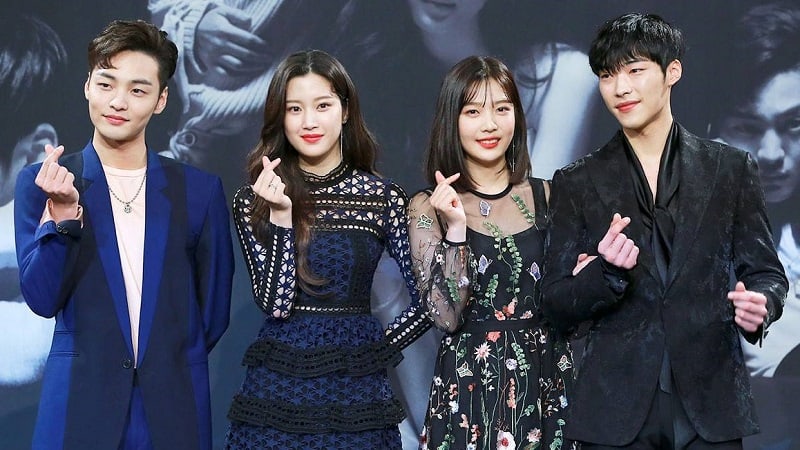 “Tempted” Cast Shares How They Differ From Their Characters

The cast also shared their thoughts on their drama’s likelihood of success. Moon Ga Young revealed, “I think it will be popular because it deals with our lives,” and Kim Min Jae added, “And it’s sexy.”

During the broadcast, the cast were asked to compare their characters to their own selves. Joy explained, “The difference between Tae Hee and me is that Tae Hee is an elite international student.” She laughed as she continued, “There was a scene where I had to solve a difficult math problem on the board. Even though I didn’t actually solve it, it was hard.”

Woo Do Hwan commented, “Kwon Si Hyun is a playboy, while I only look at one woman.” He added, “A similar point is that we both have the charm of a beast,” to which Moon Ga Young said, “You’re shameless.”

Moon Ga Young remarked, “[My character’s] impulsive actions are different from my real personality.” Kim Min Jae shared, “My character in the drama is similar to myself. You will know if you watch the broadcast.” 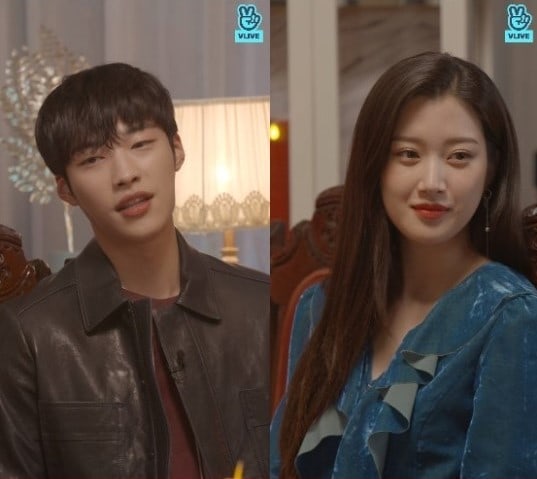 The actors were then asked how they spend their time at home, and Joy shared that she cleans the house. Joy and Kim Min Jae also revealed that the longest they’ve stayed home without going out was two weeks, much to the surprise of their co-stars. 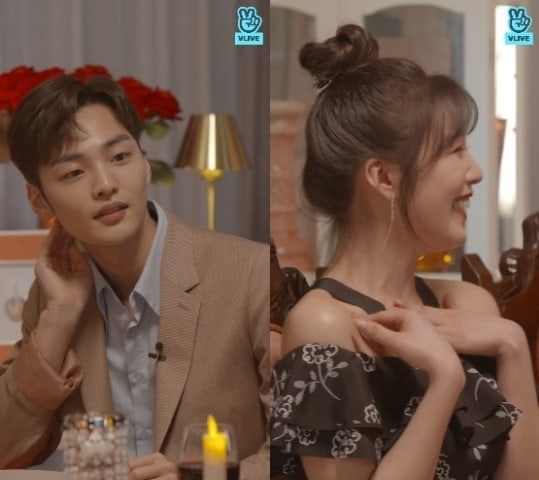 Finally, the cast talked about their experiences of not giving up in life, with Joy sharing, “When I had my first audition, I thought I need to do this or else my life won’t work out.” Moon Ga Young revealed, “Mine is acting. I’m still clinging on to it even now.”

Woo Do Hwan concluded the broadcast by promising, “We will work hard to film the drama with vigor and courage until the very end. We ask for a lot of love.”

“Tempted” premiered on MBC on March 12. Watch the first episode below!