“Master in the House” is the new SBS variety show starring Yang Se Hyung, Lee Sang Yoon, Yook Sungjae, and Lee Seung Gi. Although they have such different personalities and are from various backgrounds in the entertainment world, they all somehow work together and are able to continue to deliver the laughs week after week. It’s only been a few months since the airing of the pilot, but there are specific moments that occur repeatedly in every episode where we can’t help but laugh and be entertained about!

Here’s a look at some of those moments:

1. Yang Se Hyung tries to impress with his over-the-top fashion

Because Lee Sang Yoon, Yook Sungjae, and Lee Seung Gi are all top stars, Yang Se Hyung feels the need to step up his visual game. Not wanting to be overlooked, he shows up wearing clothes that are very fashionable and even comes underdressed for the chilly weather. 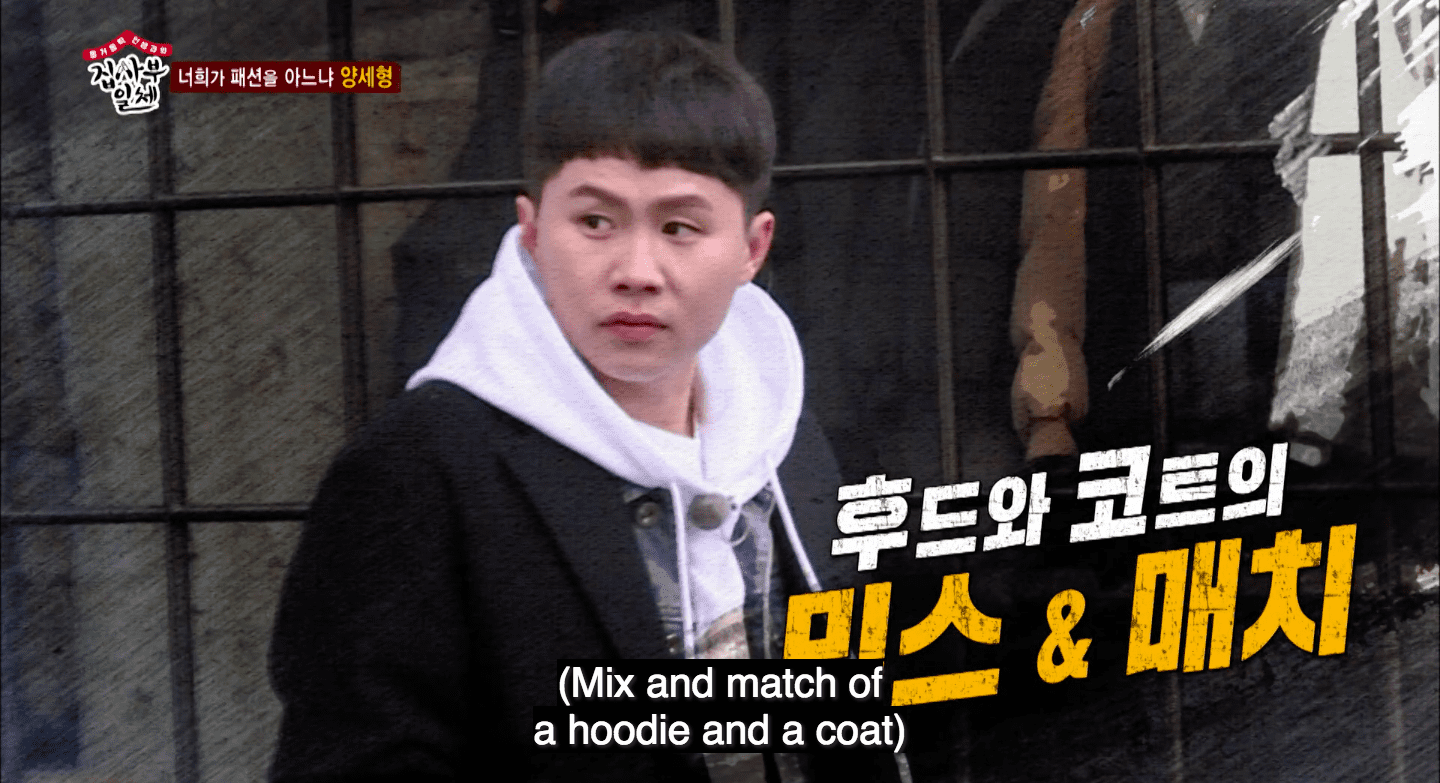 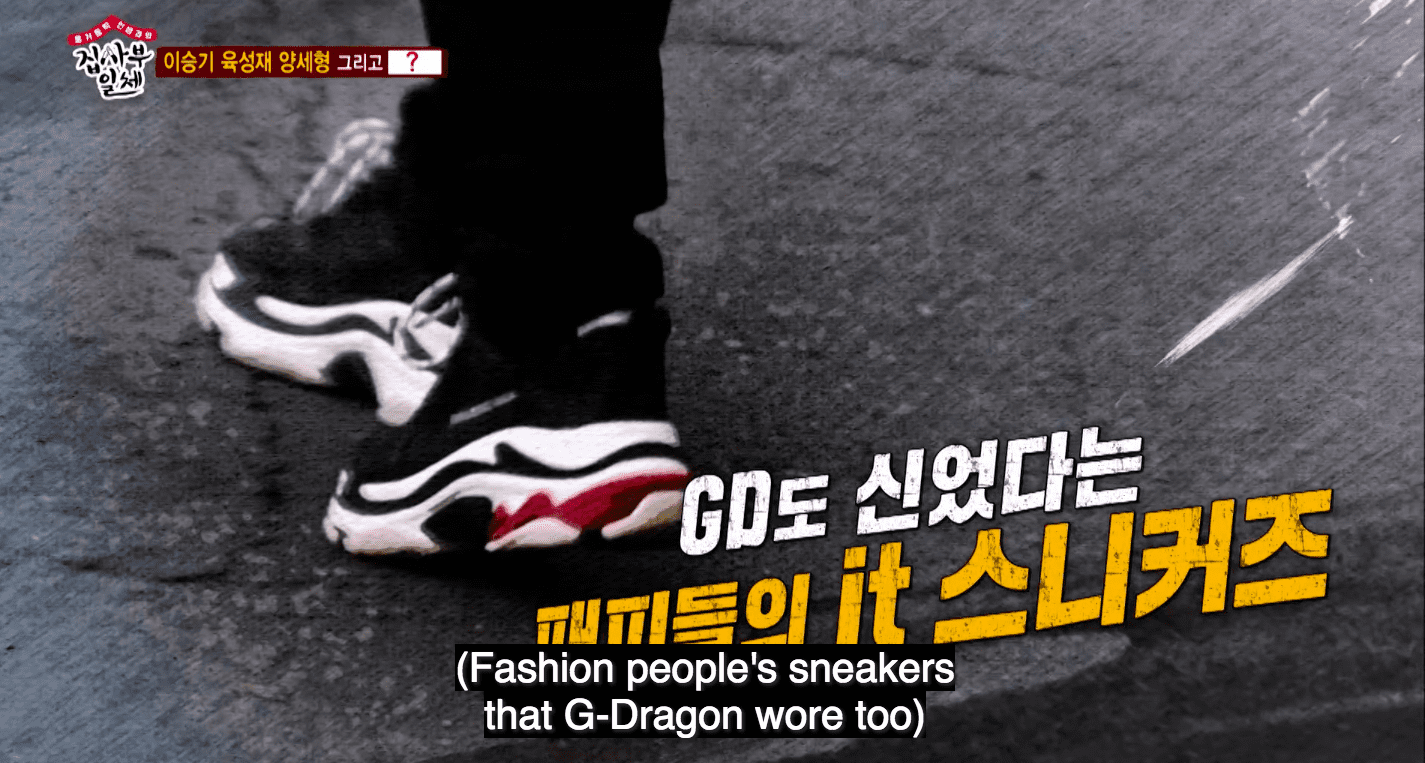 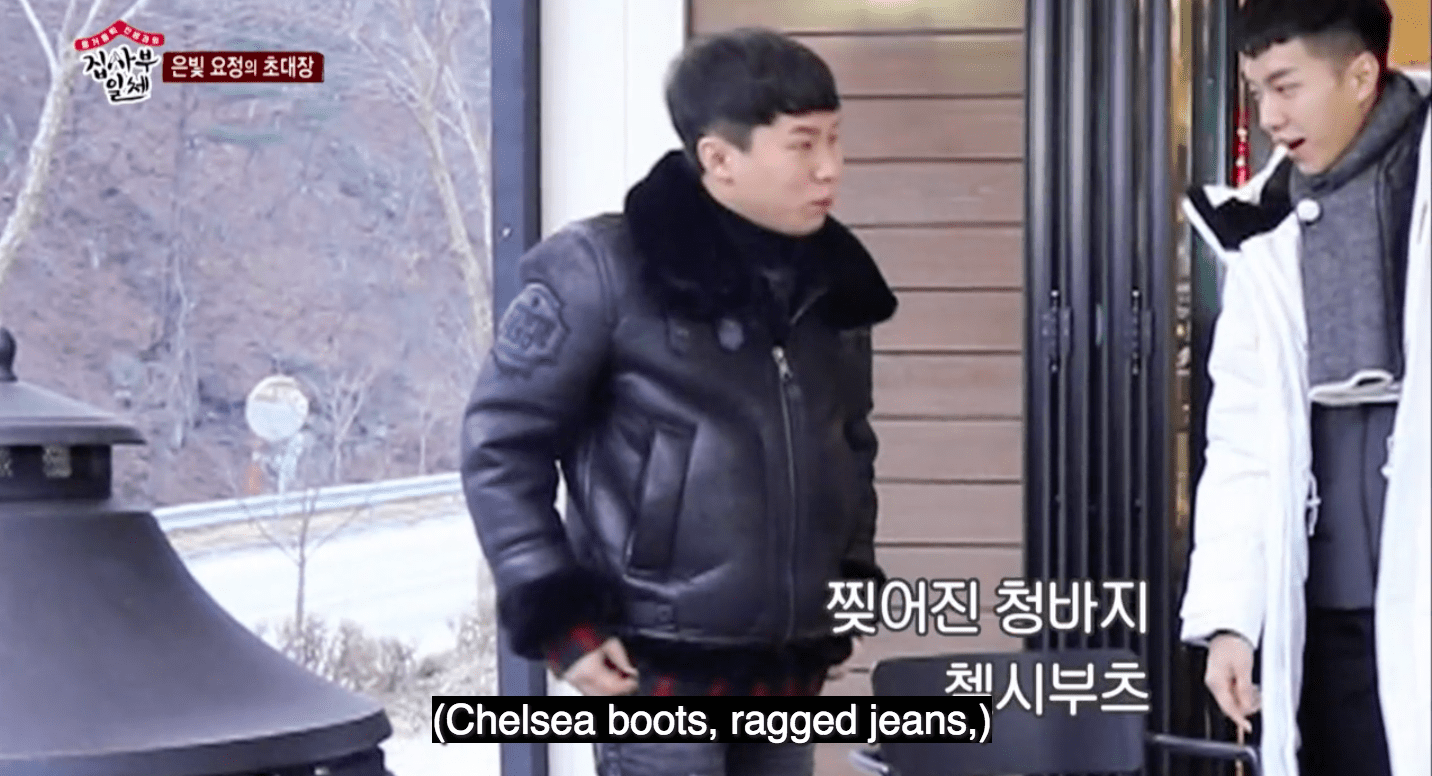 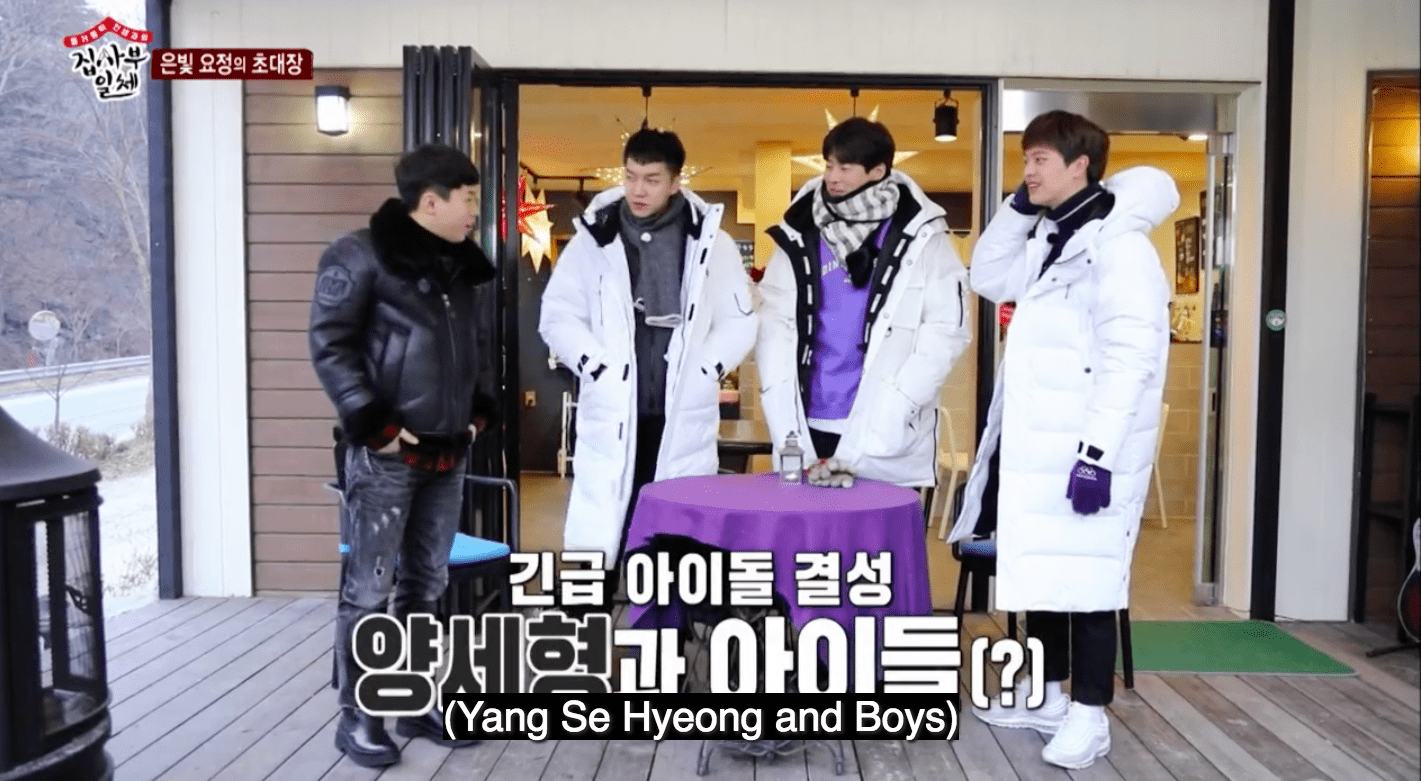 It’s no secret that Lee Sang Yoon is brilliant. Having graduated from Seoul National University (the most prestigious school in South Korea) with a major in Physics, he’s got brains and talent. He puts his calculative brain to the test in almost every episode when he’s trying to figure out some answers to certain questions. No matter how simple the question, Lee Sang Yoon’s deep and calculative thoughts are shown all over his face. 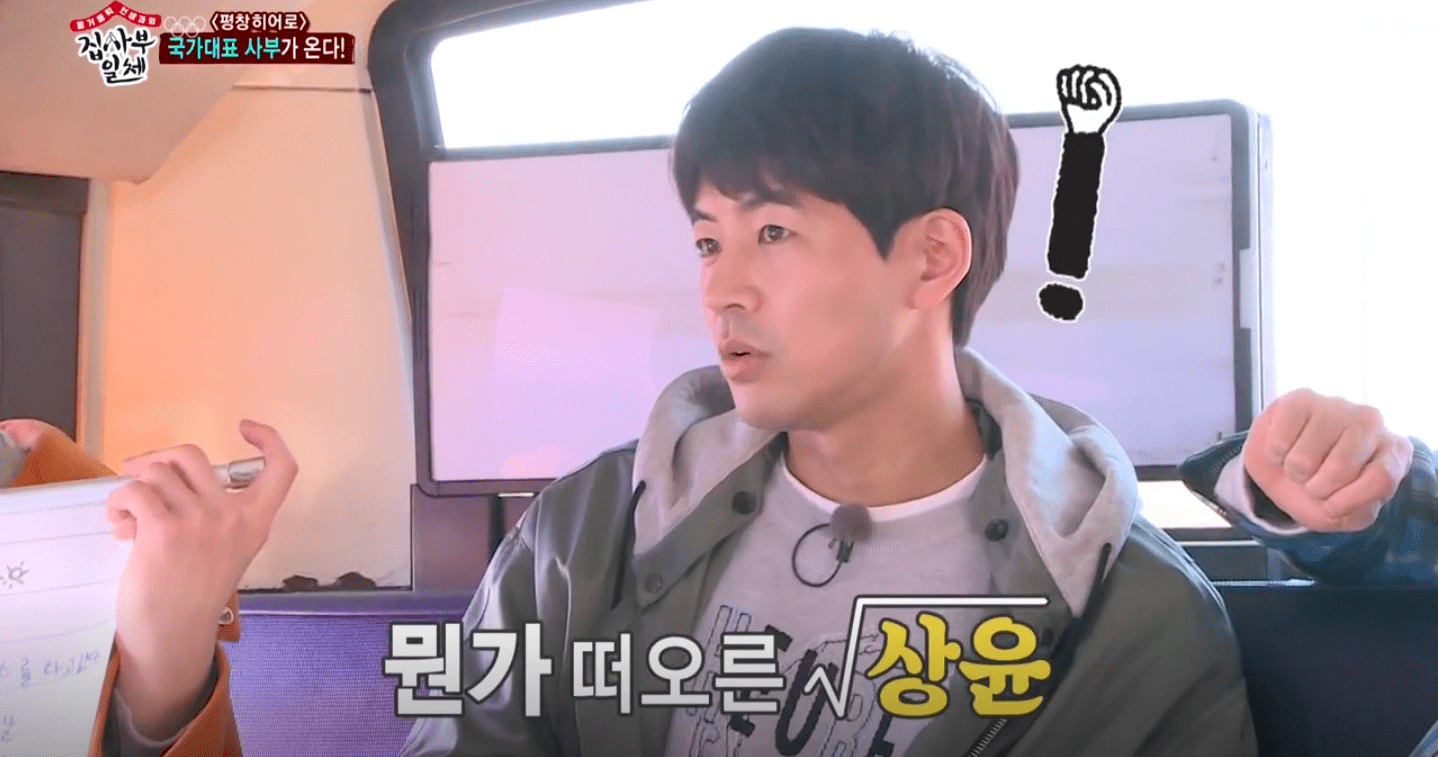 Seung Gi LOVES talking about the military. All the time.

Ever since Lee Sang Yoon and Yook Sungjae showed their sensitive side by being moved by Jun In Kwon’s singing, the cast has been relentless in commenting and making fun of them. They tease and ask them if there is a possibility that they will be crying that day. Savages! 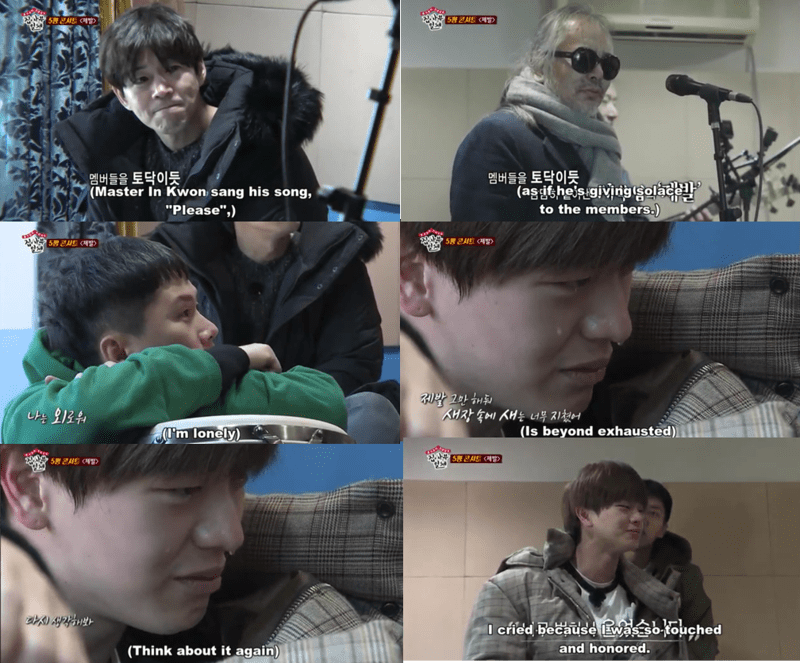 5. The members enjoy stuffing their faces with food

There is one thing that the cast loves and that’s food. When they’re deprived of eating, they will do whatever it takes to get a chance to eat. They even sneak out of their rooms late at night and Lee Seung Gi busts out his military cooking equipment to make some late-night snacks for his fellow cast members. Their love for food is real! 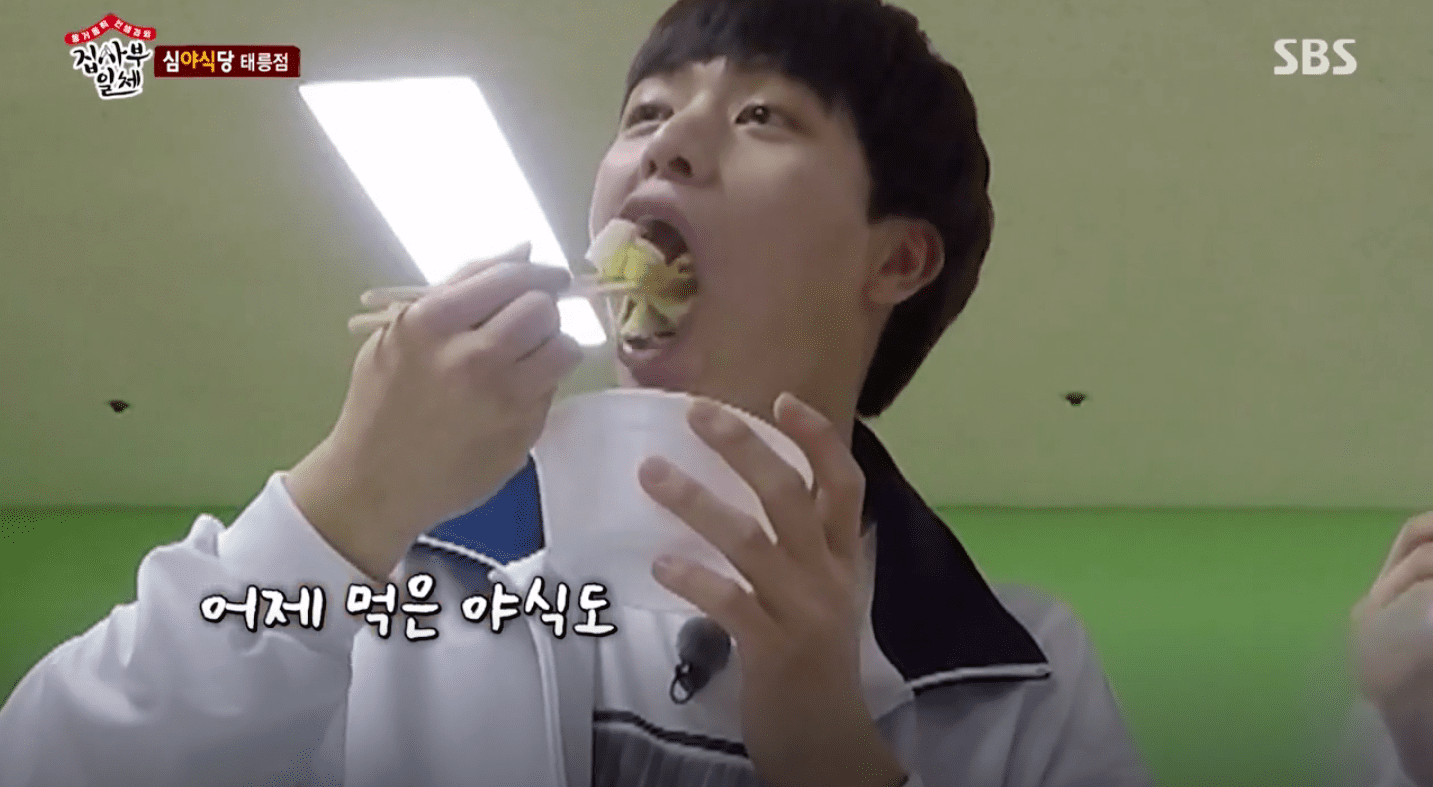 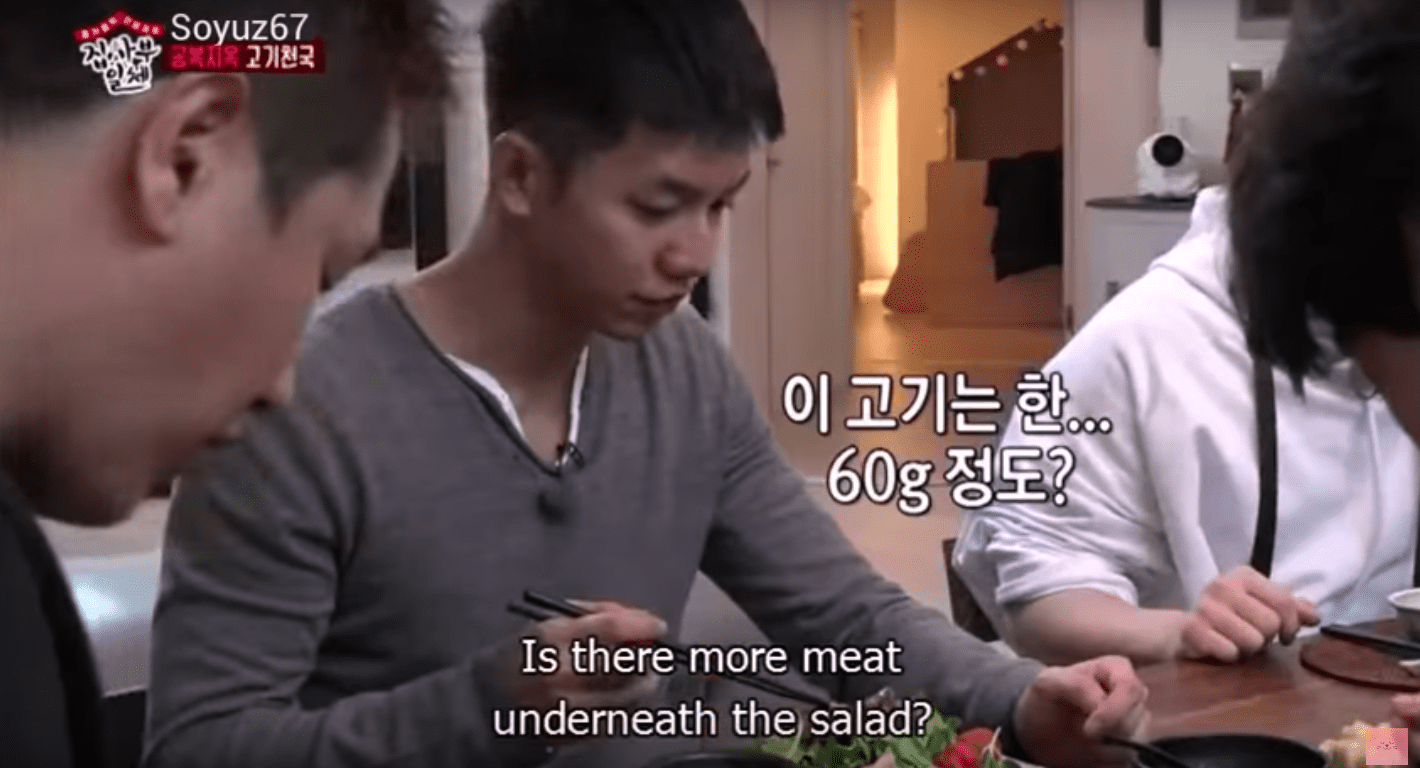 6. All the funny faces

One of the most hilarious parts of this show is when the members play games in order to see who will have to carry out the scary mission with the master. These games usually involve pain, which leaves us with some pretty hysterical faces. 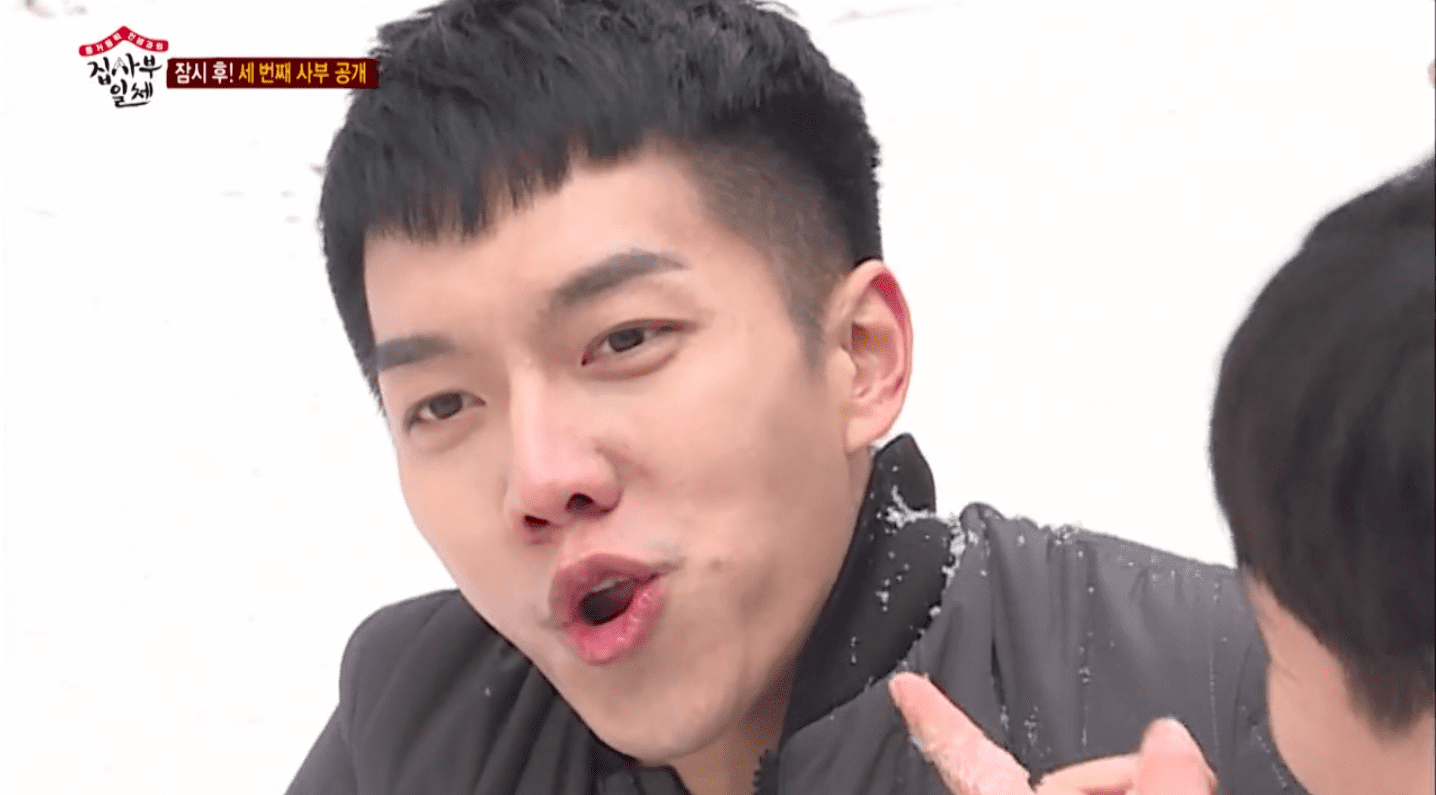 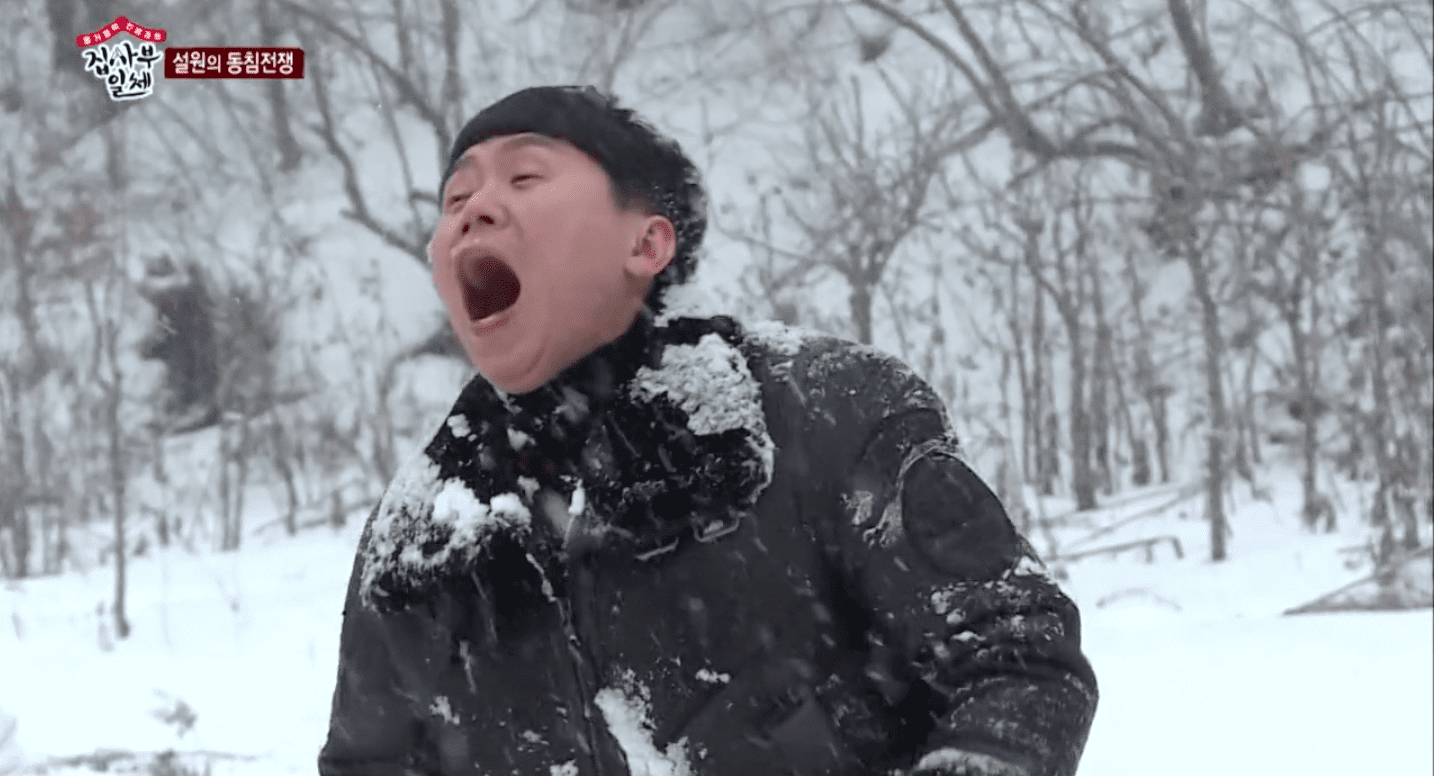 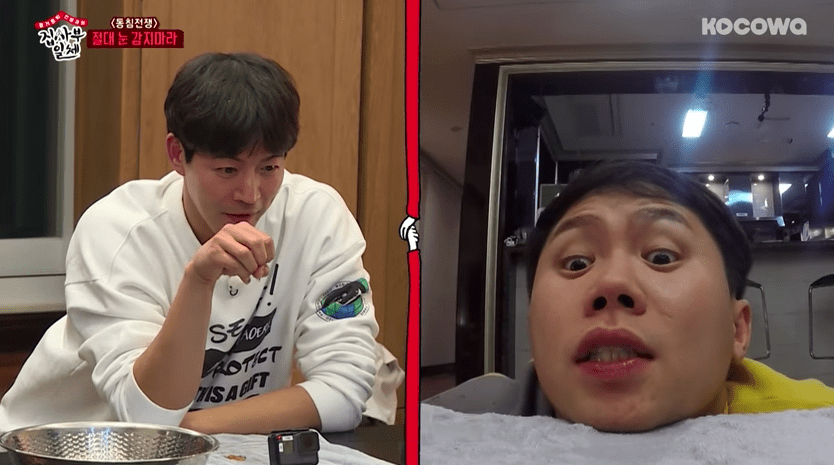 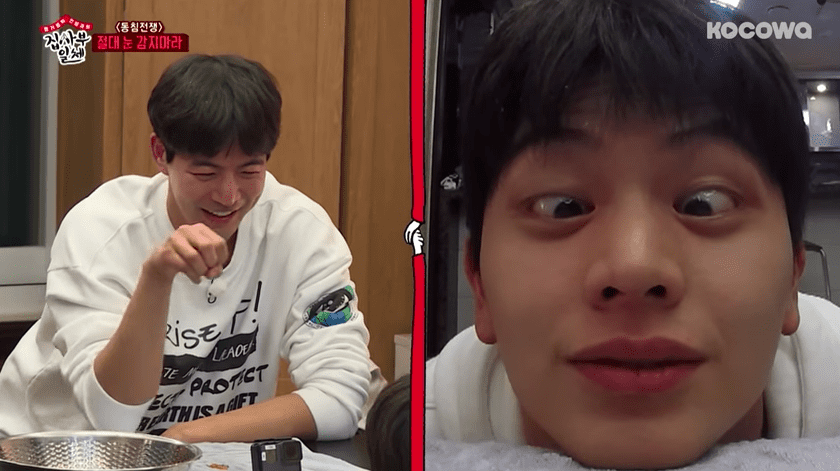 7. Lee Sang Yoon talking people’s ears off right before they go to bed

Lee Sang Yoon has been known to talk and talk continuously, especially right before going to bed. Yook Sungjae has been the victim of Lee Sang Yoon’s talkative episodes, but in a more recent episode, speed skater Olympic Champion Lee Seung Hoon had to also hear an earful from Lee Sang Yoon right before bed! 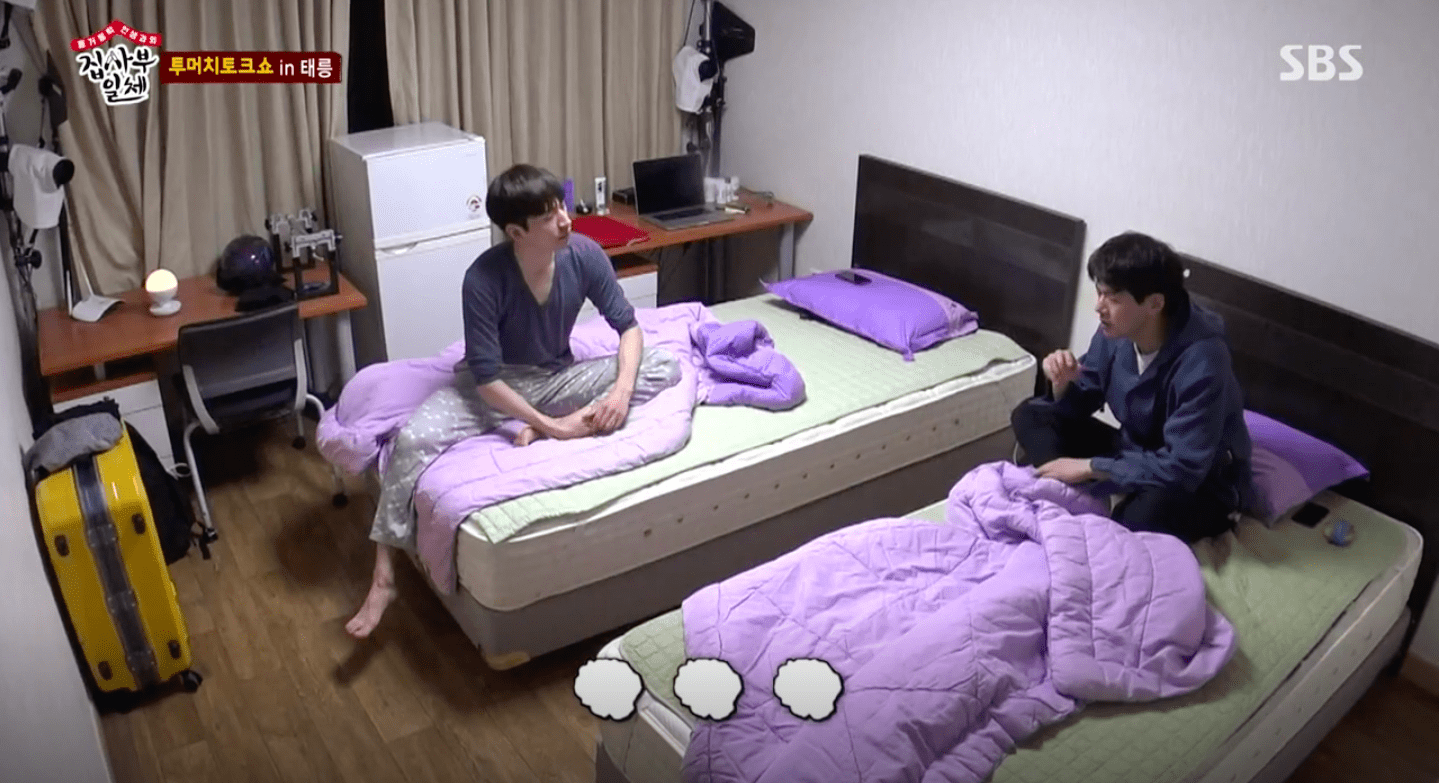 Luckily, Lee Sang Yoon caught himself before he kept Lee Seung Hoon up all night! 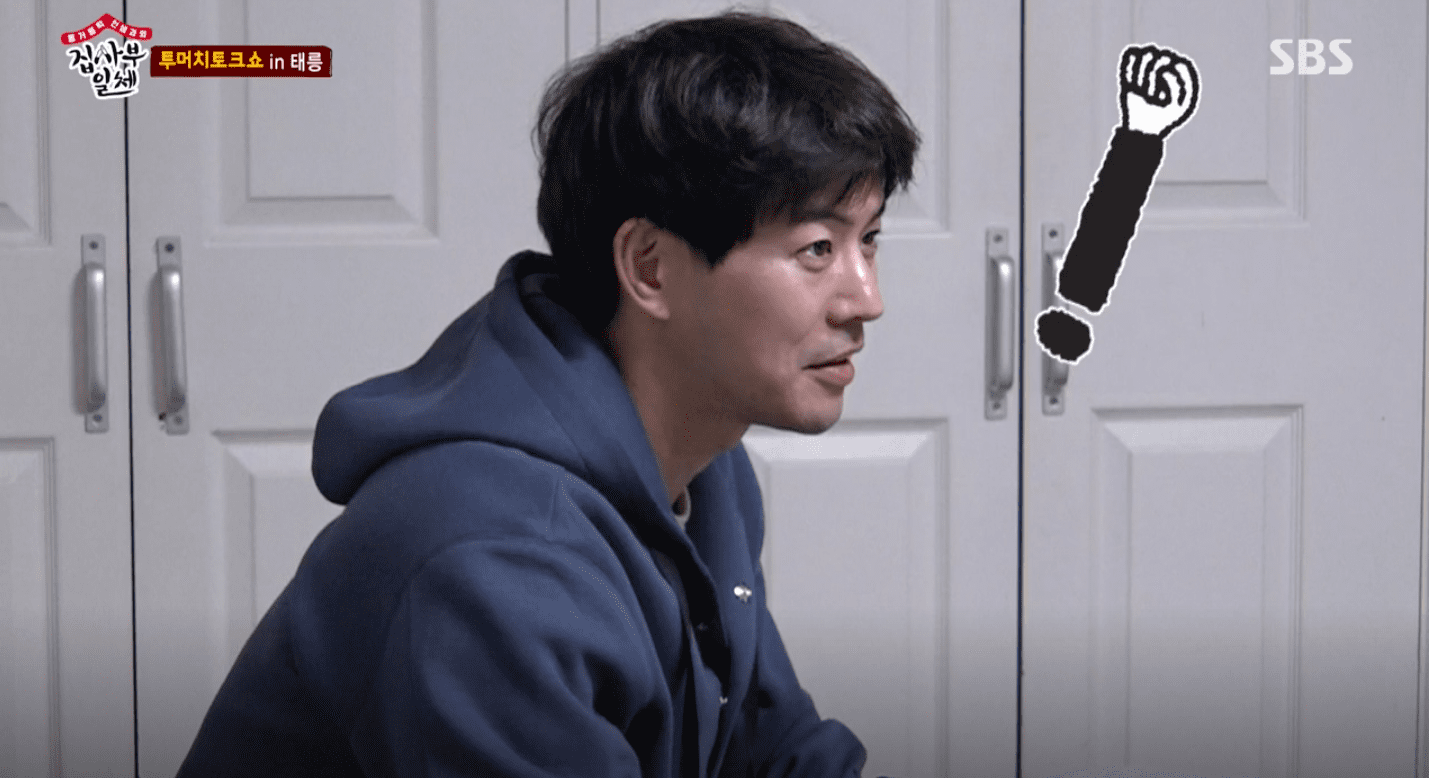 Catch the latest episode of “Master in the House”:

Hey Soompiers, are you enjoying “Master in the House”? Who’s your favorite cast member? Let me know in the comments below!

All-time favorite dramas: “Secret Garden,” “Goblin,” “Because This Is My First Life” and “Star In My Heart”
Currently watching: “Tempted,” “My Mister,” and “Evergreen”
Looking forward to: “Pretty Noona Who Buys Me Food” and Won Bin’s return to the small screen