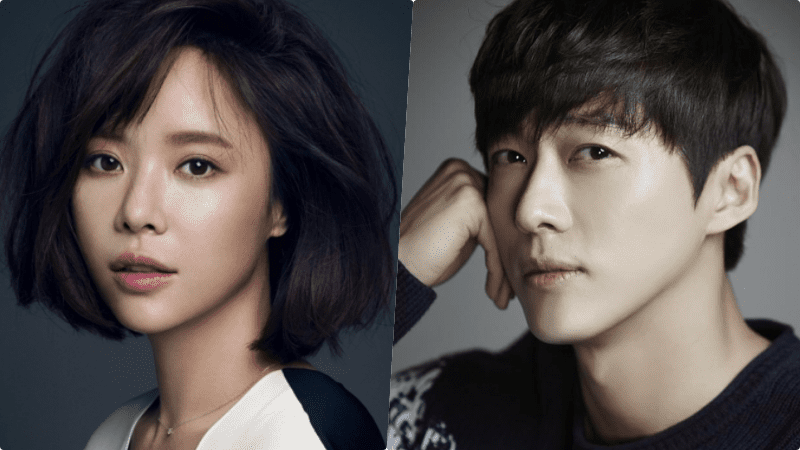 Hwang Jung Eum and Namgoong Min will be starring in another drama together!

“Hoon Nam Jung Eum” is about Hoon Nam, a man who thinks he knows everything about love but refuses to date, and Jung Eum, a diving athlete-turned “relationship helper” who has dreams of love and marriage, but has given them up in the face of reality. It will be directed by Kim Yoo Jin, who who is known for his work on dramas like “Tamra the Island,”

After several weeks since she first received the offer, Hwang Jung Eum confirmed on March 14 that she will be playing the female lead, Jung Eum. The actress explained her decision, saying, “I felt that this is a heartwarming story the first time I read the script. I’m excited to start filming the drama as if I’m about to go on a trip. I want to portray these feelings of excitement to the viewers.” This will be her first drama in two years, after MBC’s “Lucky Romance.”

Namgoong Min previously confirmed that he will be taking on the lead male role, Hoon Nam. He expressed, “I was drawn to the character of Kang Hoon Nam, an expert on the theory of love. Please expect to see another [side of me] that you have not seen before.” This drama will mark the first time in seven years the actor and Hwang Jung Eum will be starring in the same production. They previously worked together on MBC’s “Can You Hear My Heart?” in 2011.

“Hoon Nam Jung Eum” will air in May, following “Return” and “Switch.”

Hwang Jung Eum
Namgoong Min
How does this article make you feel?