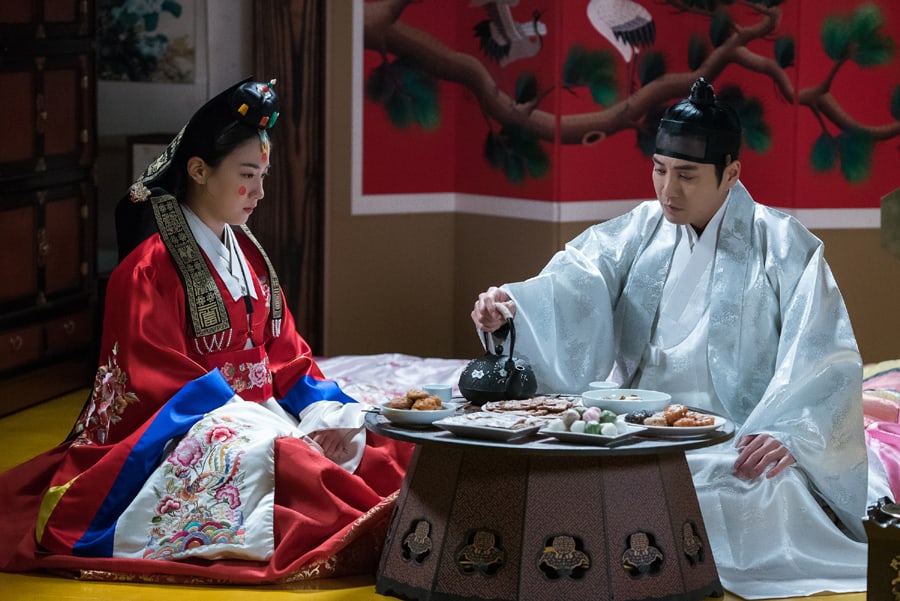 “Grand Prince” is the story of two brothers who are willing to do anything to capture the heart of the same woman. In the drama, Joo Sang Wook plays one of the royal brothers, the highly ambitious Lee Kang, while Ryu Hyoyoung plays Yoon Na Kyum, a woman who desires power over love. The duo are set to play a pivotal role in the drama as Joo Sang Wook seeks to attain more power and Ryu Hyoyoung stands by his side to aid him in that goal.

The upcoming episode of “Grand Prince” will show the beginnings of their tense partnership as a married couple. The new stills show them spending their first night together after getting married. Yoon Na Kyum had been willing to drug her sister so she could become the prince’s wife, and she tells him, “I believe that you will never regret this [marrying me].” Meanwhile, Lee Kang continues to drink as he says, “We can’t turn back time, so what’s the use of regretting?” 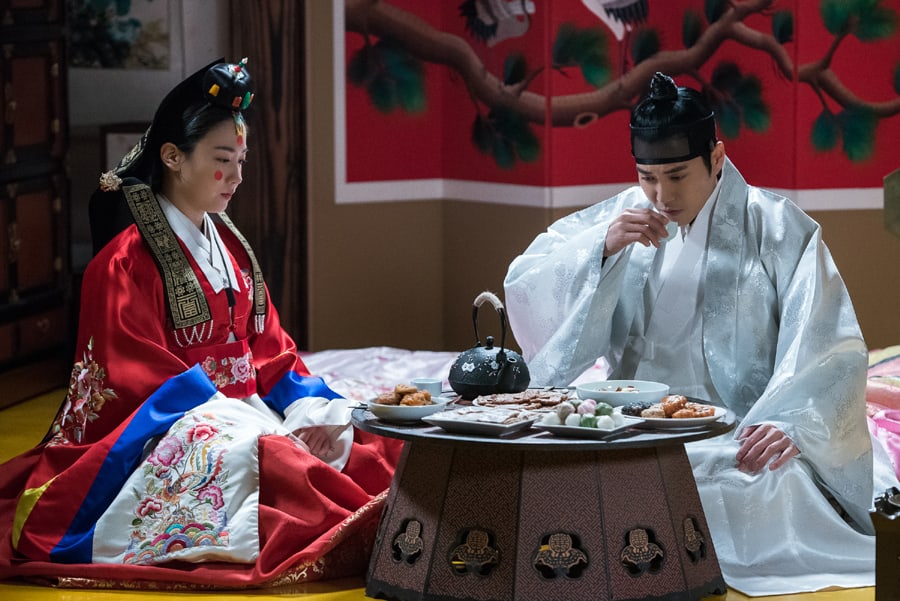 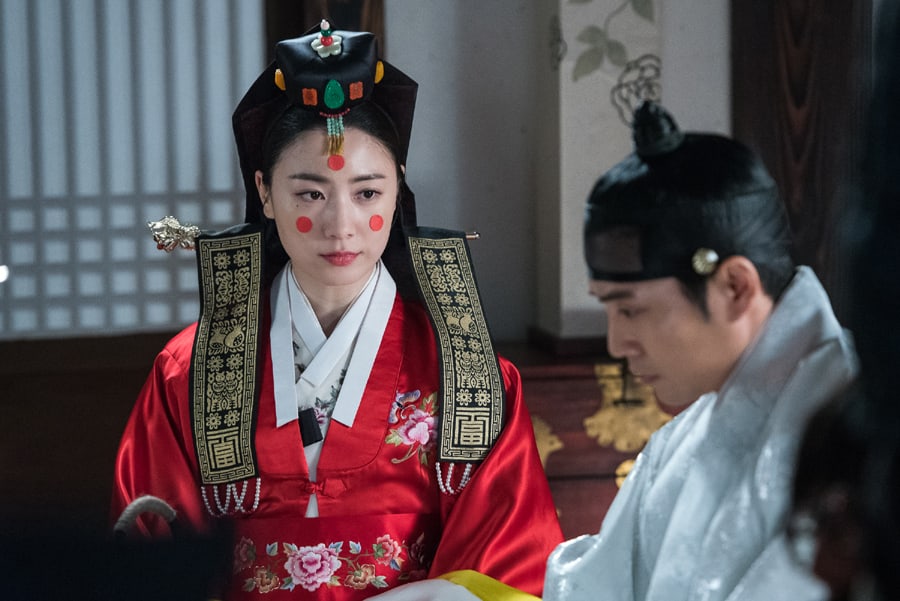 He then pushes her to the ground and Yoon Na Kyum is taken aback by the sudden action as Lee Kang has rage in his eyes. What happens between the two on their first night together as a married couple, and what each individual will do to use each other to get what they want will be something to watch for in the upcoming episodes. 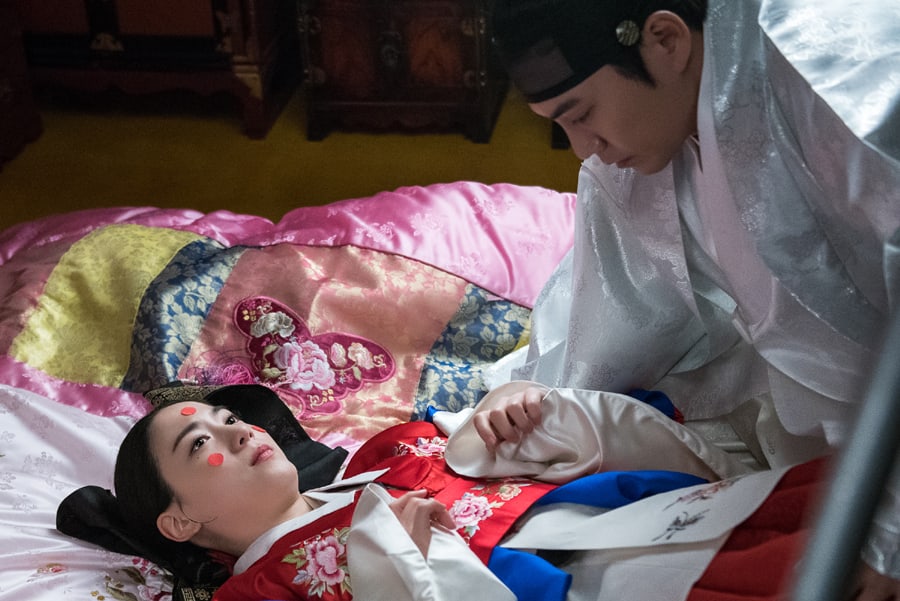 The production staff stated, “The drama has brought together a man who wishes to swallow the world and a woman who craves power. Their actions will greatly affect everyone’s fate in the drama.” They also shared that as this was an emotional scene, everyone proceeded with caution. As a veteran actor, Joo Sang Wook was especially careful to make sure that Ryu Hyoyoung felt comfortable with all of the scenes they had to film.

“Grand Prince” airs every Saturday and Sunday at 10:50 p.m. KST and is available exclusively on Viki. Check out the latest episode below!