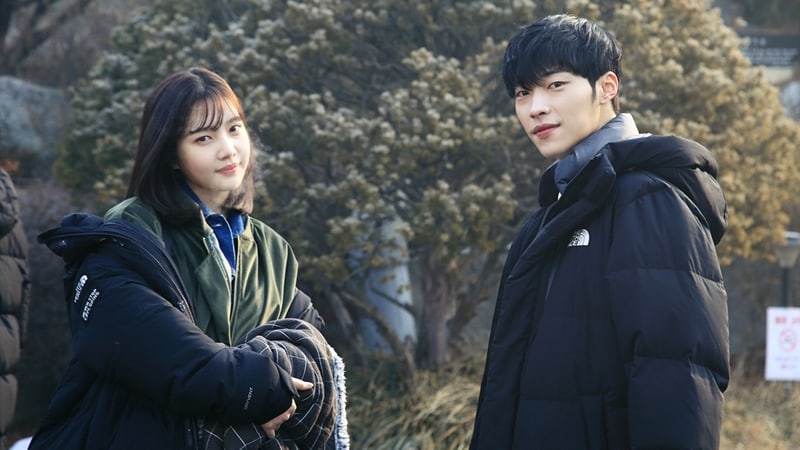 On March 14, MBC’s new drama “Tempted” released stills of Red Velvet’s Joy and Woo Do Hwan having a fun time behind the scenes.

In the recent episodes, Shi Hyun (played by Woo Do Hwan) officially began his game of seduction with his eyes set on Tae Hee (Joy). Tae Hee, however, doesn’t let her guard down as she thinks her best friend Kyung Joo (Jung Ha Dam) has a crush on Shi Hyun. Furthermore, she suspects that something is going on between Kyung Joo’s mother Na Yoon (Lee Young Jin) and Shi Hyun. Eyes are on Shi Hyun and Tae Hee to see who will win in this risky game of seduction.

The behind-the-scenes stills are from the scene where Shi Hyun attempts to impress Tae Hee on a bus. One picture shows Joy looking into the camera with a mischievous face as she holds on to Woo Do Hwan, who hasn’t noticed the camera and is still in character. In the next picture, Joy breaks into a bright smile while Woo Do Hwan finally notices the camera and stares at it intently, playing along with Joy. 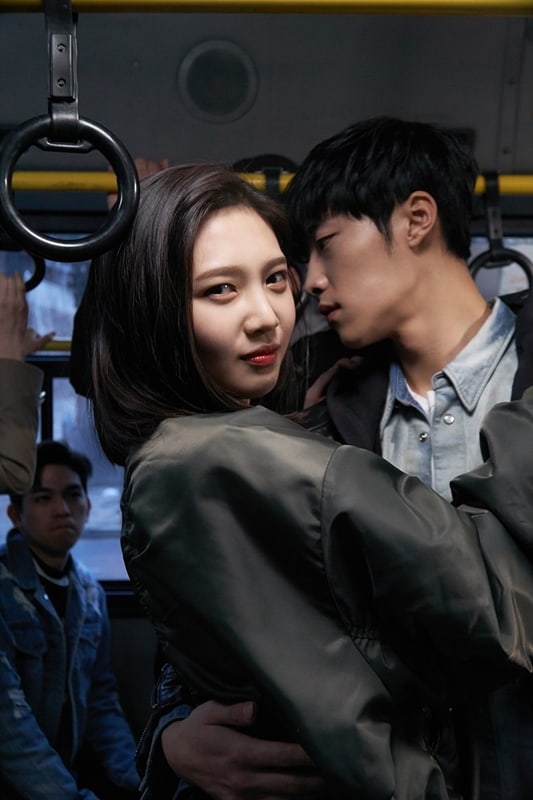 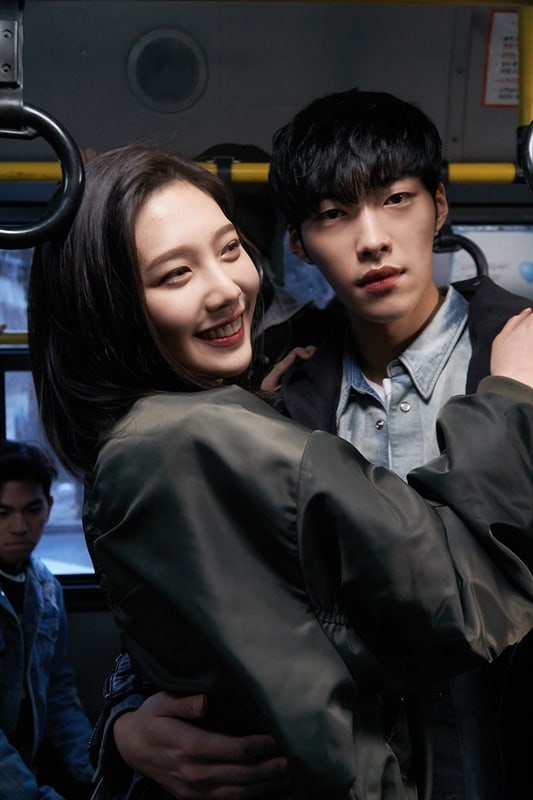 Another still shows the two standing together as they look into the camera, smiling.

After thanking the viewers, the production staff of “Tempted” shared, “If Shi Hyun officially began his game of seduction in episodes 3 and 4, his seduction skills toward Tae Hee will become even more varied in upcoming episodes 5 and 6.”