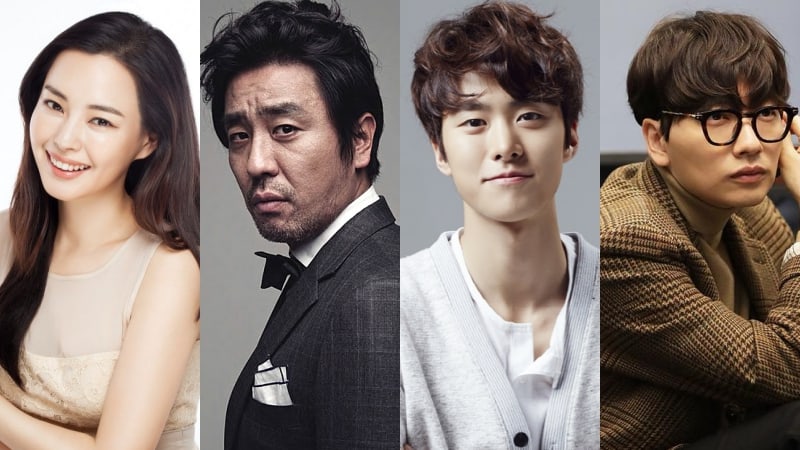 The film “Extreme Job” (working title) will tell the story of drug squad detectives who go undercover to round up a criminal organization and the humorous happenings that occur when their fake chicken restaurant becomes a popular eatery.

The five actors have been cast to play the detectives of the drug squad who have to sell chicken during the day and go on stakeouts at night.

Ryu Seung Ryong will play the role of Chief Go, who sticks to the task at hand with unsuccessful results. He will be joined by Detective Jang (played by Honey Lee) who can fiercely attack her opponents physically and verbally, Detective Ma (played by Jin Seon Kyu) who coincidentally discovers she has a perfect palate, Young Ho (played by Lee Dong Hwi) who is the only focused person in the group, and youngest team member Jae Hoon (played by Gong Myung) who is full of enthusiasm.

Director of the film, Lee Byung Heon said, “Great actors have come together to create an interesting combination. I’m nervous and excited to work together with them. I will do my best to create a film that make viewers laugh.”

“Extreme Job” will begin filming at the end of March.